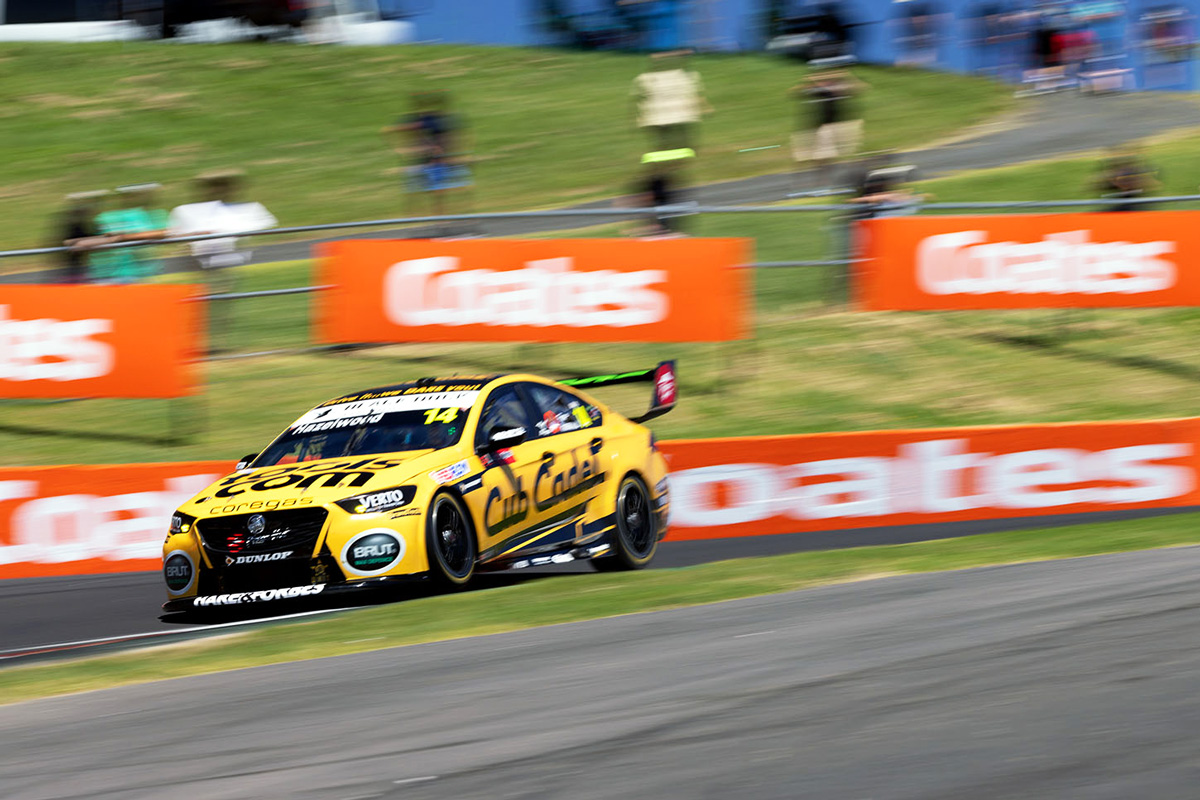 Todd Hazelwood was pleased to prove a point on his way out from Brad Jones Racing, gathering momentum towards his grand return to Matt Stone Racing.

Hazelwood struggled dearly at the start of his second season with BJR, failing to qualify better than 15th even once during the opening 15 races.

That left him mired 18th in the championship and with his future under a cloud.

Top 10 finishes in the next four races, all at Townsville, gave him some runs on the board as the long mid-season break arrived.

By the time racing resumed more than three months later, it was confirmed Hazelwood would be in MSR and not BJR colours in 2022.

Another five top 10 results would come before his BJR tenure ended though, including two top fives, to finish on a strong note.

“We had good, solid, consistent top 10 pace in the remaining rounds of that last half of the year,” Hazelwood told Speedcafe.com.

“It was a little bit frustrating to just fall short of our goal of being inside the top 10 in the championship. If it wasn’t for a couple of failures and pieces of misfortune when we were in a good position to claim some points, it certainly would have been achievable.

“What started out as a frustrating start to the year, we certainly finished it off strong and a great credit to my engineer Tony Woodward for really knuckling down and giving me a great car, particularly in the last half of the year.

“For us at Bathurst, it was the best chassis that I have ever had there, the car was a rocketship.”

Besides Woodward’s hard work, Hazelwood said a mid-season test had been useful in rediscovering his one-lap pace and also revealed a crucial part change that was made.

“I actually reverted back to an older spec part in the front of the car to try to help me get some feel back in the car,” he said.

“So that was probably part of it, and then from there it was a pretty consistent gain for us both in qualifying and the race pace was always there.

“So it was good to finish the back half of the season on a positive note.”

Now from being on the brink of being bundled out of a main game drive, Hazelwood has job security in the form of a two-year deal at MSR, where he started his Supercars Championship career.

“It’s great to know going into this new partnership with Matt Stone Racing that I have got two years up my sleeve and I have got a great opportunity to keep pushing and continue that growth amongst the whole programme,” added the 26-year-old.

“I am really excited for that, and from a driver mentality, you can just put all your focus into going racing and keep trying to improve and push the whole programme forward.

“Stability for me was a big part of my programme, obviously entering into Gen3 into 2023. So there’s a lot to be excited about for the future and I feel like I’m in a good place.”

Jack Le Brocq will also join MSR after spending the past two seasons at Tickford Racing.