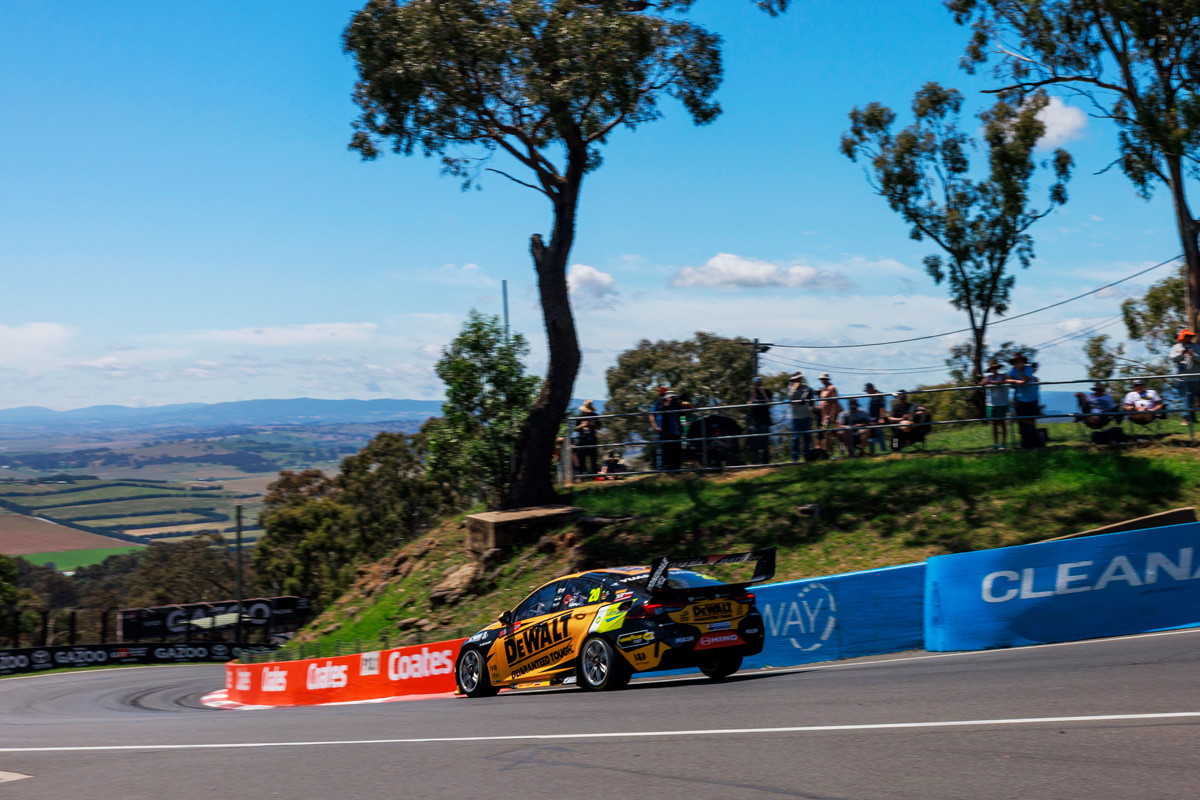 Scott Pye took some significant positives away from his second half of the 2021 Repco Supercars Championship despite sliding to 15th in the final standings.

The Team 18 driver had sat 13th when the championship went on an extended mid-season break in July.

The #20 DeWalt-backed Commodore was left wanting for pace when action resumed at the end of October, Pye failing to place better than 15th in any of the three qualifying and race sessions to unfold at the Bunnings Trade Sydney SuperNight.

But by the end of the SMP quadruple-header, Pye had proven to be the outlier among the field, as noticeably the biggest improver across that time. Pretty well all other cars that started strong at SMP, finished strong, and vice versa.

With three sixth-place finishes across the last four races at Eastern Creek, he jumped to 11th in the championship, only to bow out of the Bathurst 1000 before he’d even hopped in the car, due to steering dramas.

“It was tough,” Pye told Speedcafe.com of the Mount Panorama DNF.

“I feel for the whole crew because everyone works so hard and then at Bathurst to have those dramas is heartbreaking, and it’s not really anyone’s fault, it’s just components let go, so bad luck.”

He did take optimism from the progress they’d mustered during the Sydney swing, though.

“That first weekend in SMP was not the best start,” Pye recalled.

“You’re a little bit concerned because obviously you have got four weeks at the same circuit, you really need to work your backside off after a weekend like that to really turn it around and that’s what the guys did.

“By week four I felt like we were in contention which was a huge turnaround from being on the back row of the grid, and feeling like had a few things gone our way, we could have been top five to podium more regularly.

“And we were right there with Jamie [Whincup] in the final race, so it was definitely a big turnaround and it was a huge credit to the team as well because that was my crew backing themselves and going away from what we would normally do.”

Furthermore, he feels the COVID-affected nature of the 2021 calendar made for somewhat unrepresentative championship standings.

Ultimately, just seven different circuits were used for the 12 rounds.

“I think doing four weekends at the same track has made it look like there’s some teams that are probably stronger than they actually are,” added the one-time Supercars Championship race winner.

“If we were to go to Darwin [where all three of his Team 18 podiums have come] four weeks in a row, then we would feel like heroes.

“There were some that were midfield most of the thing and then they’re at the front of the pack and winning a race at SMP.

“So really, there was a lot of luck in where we went this year and where your car is strong.”

Pye and Mark Winterbottom will make for a once again unchanged Team 18 driver line-up in 2022.