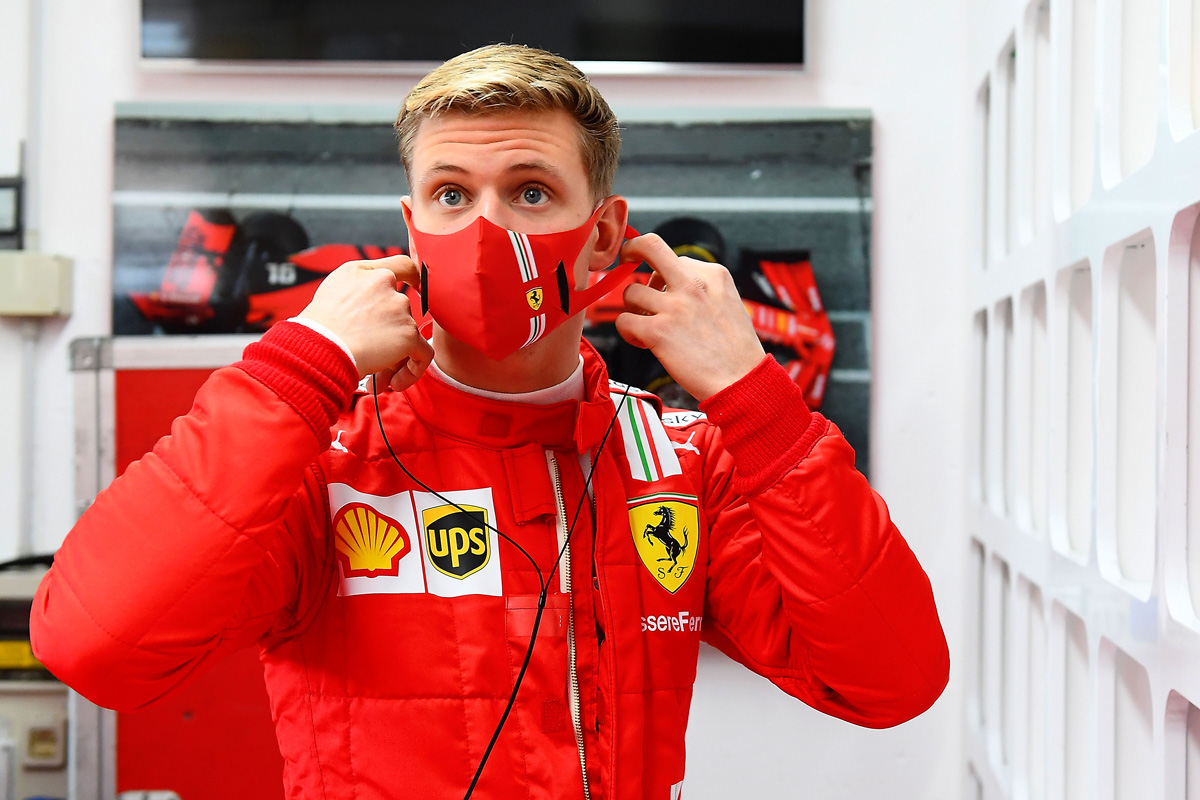 Mick Schumacher in Ferrari colours at the start of this year

Mick Schumacher could conceivably make his Ferrari debut in Formula 1 next year after being named as one of the team’s two reserve drivers.

Schumacher will be Ferrari’s official reserve at 11 of the 23 grands prix primary reserve Antonio Giovinazzi cannot attend due to his Formula E commitments with Dragon/Penske Autosport.

That means, should Charles Leclerc or Carlos Sainz become unable to compete at one of those 11 events, Schumacher would switch from his usual post at Haas.

Reserve drivers have tended to have a bigger role to play since the COVID-19 pandemic hit last year, with Kimi Raikkonen, Nikita Mazepin, Lewis Hamilton, Sergio Perez and Lance Stroll all missing at least one race due to the virus.

“Whenever [Giovinazzi] will be at the race track he will be our reserve driver,” said Ferrari team principal Mattia Binotto.

“And as well he will be available to our customer teams, so both Haas and Alfa Romeo.

“For the remaining 11 races… Mick Schumacher will be reserve driver for Ferrari.”

Schumacher’s father, Michael, famously won five straight championships for the Scuderia from 2000 to 2004.

Binotto applauded Schumacher Jnr’s efforts throughout a tough 2021 season for Haas, which failed to score a single point with either of its rookie drivers.

“I think Mick through the season did well. He improved himself, not only in terms of consistency, but also in terms of speed,” said Binotto.

“If I look at the last races, he was a lot closer to the cars ahead, while Haas didn’t really develop the car at all.

“So the fact that he was closer is he proved that he had a good improvement on the speed itself.”

Giovinazzi’s role comes after he was dumped by Alfa Romeo in favour of Guanyu Zhou, with Binotto believing the Italian has a chance to push for a return to the grid in 2023.

“So it is important for him as a driver to still be part of our F1 programme.”