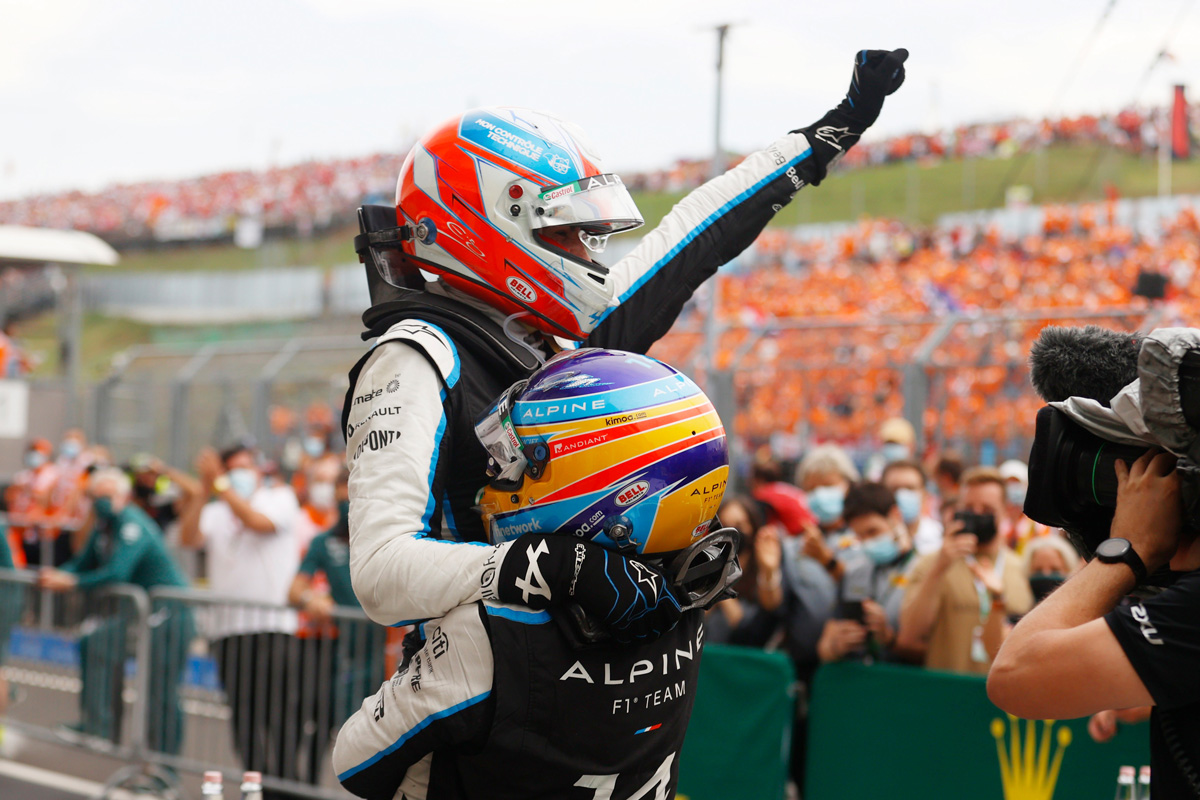 Formula 1 grand prix winner Esteban Ocon believes culture was a core factor behind Alpine punching above its weight this year.

Alpine were slow out of the blocks this year, appearing in a battle with Aston Martin for sixth/seventh fastest.

But by the end of 22 races, it had sewn up fifth in the constructors’ championship including a race win for Ocon and a podium for Fernando Alonso.

“I’d say, overall, that it’s been a very good season for us as a team,” said Ocon.

“After a year of getting back into the rhythm of Formula 1, I felt much more prepared and ready ahead of 2021 and I think that was reflected in our performances and results.

“I was really pleased with the form at the beginning of the year especially with memorable qualifying runs in Portugal and Spain.

“When we had the dip in form between France and Austria, I was very encouraged by how the team and I reacted, to dig deep and find the solution.

“That hard work paid off in Silverstone initially before the win in Hungary.

“I felt we worked well as a team all season from the engineers, mechanics, both factories and of course with Fernando on-track.

“That consistency and togetherness is definitely what helped us achieve fifth place in the constructors’ championship.

“We were not the fifth fastest car every week, but we were up there in terms of extracting everything from our package and that is what we can be pleased about when reflecting on this season.

“That hard work must continue into 2022, and I’m excited to see what we can achieve.”

The team’s “togetherness” was particularly clear to see when Alonso threw everything at defending against a hard-charging Lewis Hamilton to help Ocon hang on for victory in Hungary – a favour repaid by Ocon at Qatar.

Both drivers celebrated each other’s successes in heartwarming fashion.

The pairing will continue together in 2022 as Formula 2 champion Oscar Piastri joins the team as reserve driver.

“It’s been an enjoyable first year back in the sport. I’ve shared many great memories with Renault in the past and we’ve continued that tradition this season under now the blue colours of Alpine,” added Alonso.

“Even though our package was maybe not where we would like it to be, our race weekends were executed perfectly, and it shows with how many races where we scored points.

“The win and the podium were obviously big moments for the team, and it’s results like this that will help us build towards a more competitive year in 2022.

“We have all of the ingredients in place at Enstone and in Viry and I am already looking forward to next year.”