Mostert happy Holdsworth can end career on own terms

Mostert happy Holdsworth can end career on own terms 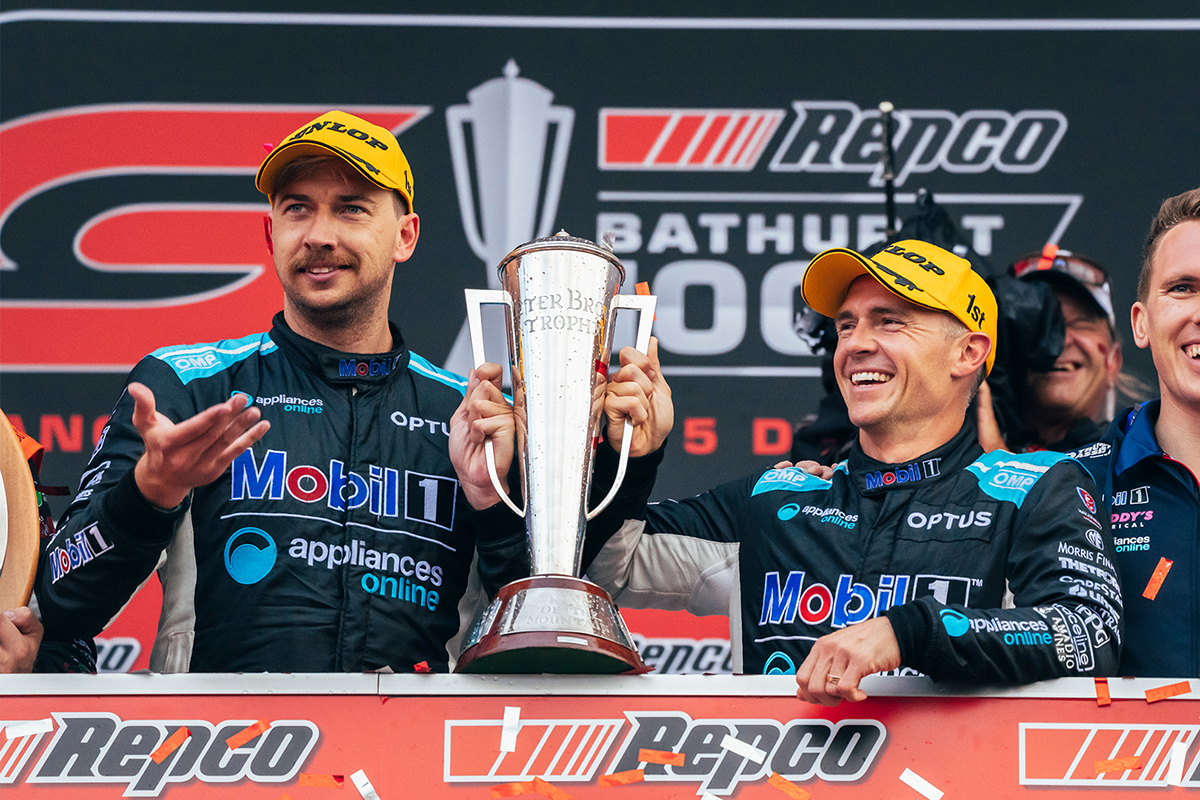 Chaz Mostert says he’s pleased Bathurst 1000-winning co-driver Lee Holdsworth can end his Supercars career on his own terms after having the rug pulled out from under him at the end of last year.

Holdsworth went into the 2020 Bathurst 1000 with the expectation that he would continue with Tickford Racing into the following year.

Ultimately, Holdsworth and Randle were left in the lurch despite some lobbying from Tickford Racing to have Supercars release one of the shelved RECs.

In the end, the team went on to field Waters, Courtney, and Le Brocq in 2021.

In the wake of Holdsworth’s sudden exit, he was picked up by Walkinshaw Andretti United to pair up with Mostert in the #25 Holden ZB Commodore at this year’s Bathurst 1000.

It was a move that proved fruitful for all parties, winning the Great Race.

No sooner had he won the famed endurance race and Holdsworth found himself signing a one-year deal to join Grove Racing in 2022.

The Braeside-based squad had been in line to field young Matthew Payne, who will instead contest the 2022 Dunlop Super2 Series as part of the Grove Junior Team.

For Mostert, he sees it as an opportunity for Holdsworth to end his career on his own terms.

“First thing’s first, it’s always good to see one of the best guys in pit lane get another full-time gig,” Mostert, who features on Episode 2 of the new KTM Summer Grill out today, told Speedcafe.com.

“Your heart breaks for him, the way his full-time career initially ended before this year.

“To get him involved in our team in the first place and everything that he had to offer, he was a big part of us winning Bathurst for us. Not just his speed, but the way he controlled himself from a culture side of things to how he integrates himself as a team-mate.

“Without a doubt, we wouldn’t be able to do what we did this year without him. On that note, it’s so good to see him get another full-time gig and he can decide to end his full-time career on his terms, which is what every driver ever dreams of.

“As that stands, it’s fantastic to see him get another guernsey as a main game driver.” 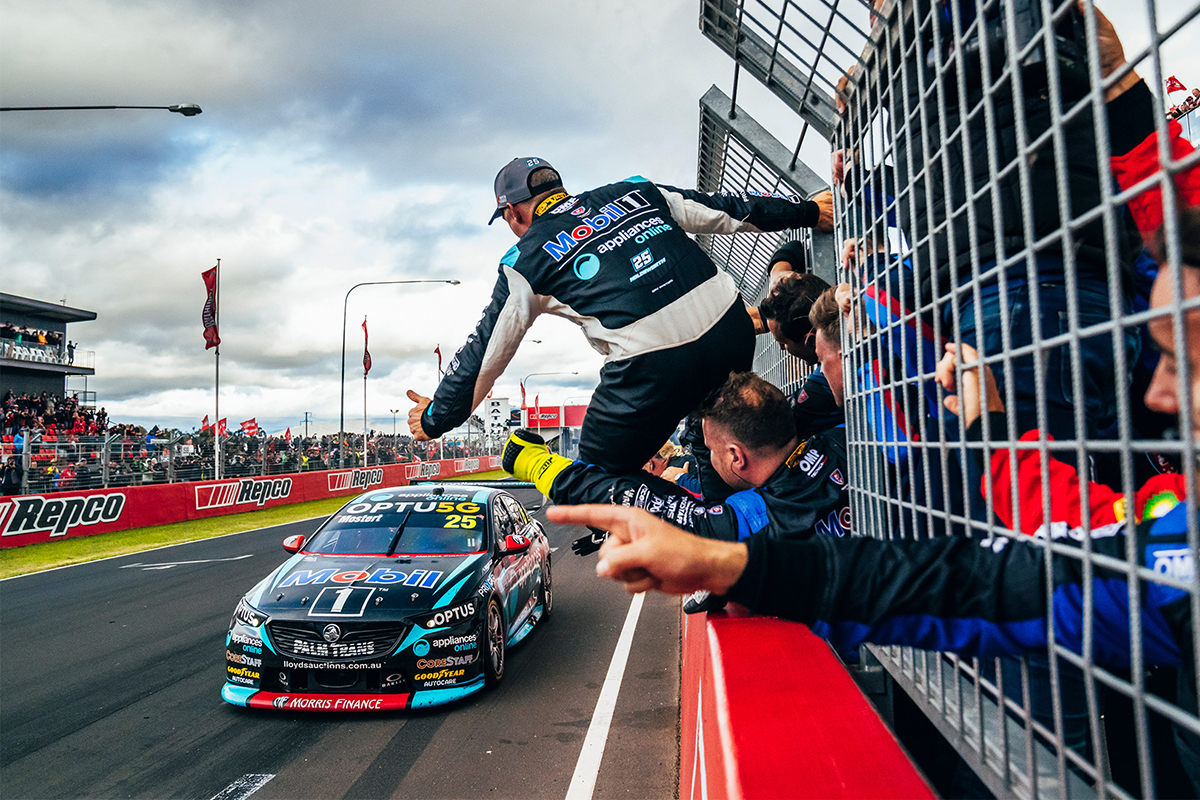 Holdsworth’s return to the sport in a full-time capacity is the latest in a trend of seasoned veterans finding themselves ousted and on the periphery only to be back permanently shortly after departing.

Tim Slade was sidelined in 2020 after being dropped by Brad Jones Racing at the end of 2019 only to be picked up by the Blanchard Racing Team for 2021.

Similarly, Will Davison was a casualty after the demise of 23Red Racing last year but was picked up by Dick Johnson Racing after a stellar showing with Tickford Racing alongside Cameron Waters.

James Courtney departed Team Sydney after last year’s season-opener at the Adelaide 500 only to return without missing a race when the former 23Red Racing REC headed to Tickford Racing to facilitate the 2010 Supercars champion’s return.

Mostert said he’s stoked to see Holdsworth back in a full-time seat after the trauma he endured late last year.

“It’s so good to see him get recognised,” said Mostert.

“He deserves a main game seat and for him to get that at Groves is fantastic for himself, fantastic for his family as well because a lot of people don’t get to see, but when his career did end in the main game, it hits you really hard as a driver. Not only you as a driver, but your family.

“I’m so happy for him and his family to be able to get that opportunity, go back to main game racing. He’ll obviously have the option now to work out when his main game career will end, which is what every driver ever wishes for.”

Mostert hailed his Walkinshaw Andretti United crew for giving him and Holdsworth the tools to win this year’s Bathurst 1000.

By and large, the pair were dominant, topping six sessions out of 10, including the all-important race, and were second or third in all the other outings.

Asked whether he took satisfaction in helping Holdsworth find his way back into a full-time drive, Mostert heaped praise on his team.

“It’s not really my doing, it’s a credit to our team,” said Mostert.

“They’ve worked extremely hard and gave us a fantastic car. As Lee and I have said many times, it was just a pleasure to drive that car.

“The calibre of the drivers in this championship, there are probably plenty of drivers out there that could have won the race in that car, but you still need a lot of luck along the way and you need to make no mistakes.

“Our day, it looked a little bit nervous at one stage with a tyre going, it was executed really well. We had a super fast car and Lee was able to drive it super fast.”

In what was his last interview of the 2021 season, Mostert wanted to leave Supercars fans with a message.

“I hope all of the fans out there have a Merry Christmas and a Happy New Year. Please be safe on the roads.

“There’s obviously a lot more cars out there on the road at this time of the year. If you don’t have to go anywhere, stay at home and enjoy your family.

“Let’s keep the road toll down to zero this year.”