Latifi shocked by death threats in wake of F1 finale

Latifi shocked by death threats in wake of F1 finale 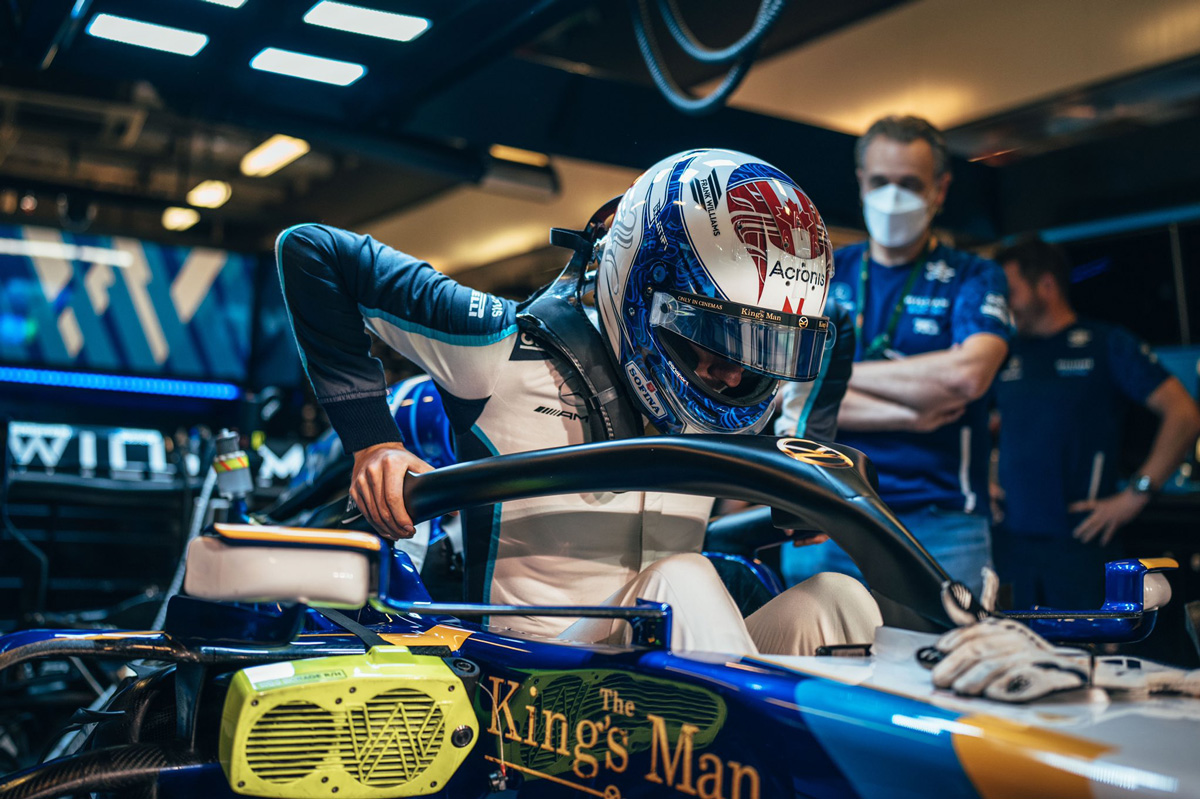 Latifi spun into the barriers at Turn 14 with just five laps remaining, triggering a Safety Car that would change the course of the world championship battle.

Having been cruising towards a record eighth world title, Mercedes’ Lewis Hamilton would lose the entirety of his buffer to rival Max Verstappen, who was also able to pit for fresh tyres.

Making matters worse for Hamilton was race director Michael Masi’s controversial decision to clear only the lapped cars that separated the #44 Mercedes and second-placed Verstappen, leading to a change for the lead on the final lap.

Masi has copped no shortage of heat for his role, but Latifi has now made public that he’s received death threats in the wake of the finale.

The Canadian, who will be joined at Williams by Alex Albon in 2022, has called for change when it comes to social media hate – a cause which Supercars star Chaz Mostert led the charge on earlier this year.

THE FULL LETTER FROM NICHOLAS LATIFI

I’ve purposely been staying away from social media to kind of let things settle down from the events of the last race.

A lot has been made of the situation that came about after my retirement in Abu Dhabi. I’ve received thousands of messages to my social media accounts – publicly and via DMs. Most have been supportive, but there’s been a lot of hate and abuse, too.

I’ve been trying to figure out the best way to go about handling this. Do I ignore it and carry on? Or do I address it and tackle the bigger issue that is sadly a reality when you use social media?

This isn’t some scripted statement, but rather me speaking my mind in the hope that this maybe sparks another conversation about online bullying and the drastic consequences it can have on people. Using social media as a channel to attack somebody with messages of hate, abuse and threats of violence is shocking – and something I am calling out.

Going back to the race weekend, as soon as the checkered flag dropped, I knew how things were likely to play out on social media. The fact that I felt it would be best if I deleted Instagram and Twitter on my phone for a few days says all we need to know about how cruel the online world can be.

The ensuing hate, abuse, and threats on social media were not really a surprise to me as it’s just the stark reality of the world we live in right now. I’m no stranger to being talked about negatively online, I think every sports person who competes on the world stage knows they’re under extreme scrutiny and this comes with the territory sometimes.

But as we’ve seen time and time again, across all different sports, it only takes one incident at the wrong time to have things completely blown out of proportion and bring out the worst in people who are so-called ‘fans’ of the sport. What shocked me was the extreme tone of the hate, abuse, and even the death threats I received.

Reflecting on what happened during the race, there was really only one group of people I needed to apologize to for the DNF: my team. I did that right afterwards. Everything else that followed was out of my control.

Some people said I was racing for a position that didn’t matter with only a handful of laps remaining. But whether I am racing for wins, podiums, points or even last place, I will always give it my all until the checkered flag. I’m the same as every other driver on the grid in that regard. To the people who don’t understand or don’t agree with that, that’s fine with me. You can have your opinion. But to use those opinions to fuel hatred, abuse and threats of violence, not only to me, but to those closest to me as well, tells me these people are not true fans of the sport.

Thankfully, I’m comfortable enough in my own skin, and I’ve been in this world long enough that I can do a pretty good job of just letting any negativity wash over me. But I know I’m not alone in thinking that a negative comment always seems to stick out more – and can sometimes be enough to drown out 100 positive ones.

People will have their opinions, and that’s fine. Having a thick skin is a huge part of being an athlete, especially when you are constantly in a position to be scrutinized. But many of the comments I received last week crossed the line into something far more extreme. It concerns me how somebody else might react if this same level of abuse was ever directed at them. No one should let the activities of a vocal minority dictate who they are.

Events in the last week have made me see how important it is to work together to stop this kind of thing happening and to support those on the receiving end. I realize I’m unlikely to convince those who acted in this way towards me to change their ways – and they may even try to use this message against me – but it’s right to call out this kind of behavior and not stay silent.

To all the fans and people that did have my back during this whole situation, I want to say a huge thank you. I’ve seen and read a lot of your messages and they are much appreciated. It’s nice to know I have so many people supporting me.

Sport is by its very nature competitive – but it should bring people together, not drive them apart. If sharing my thoughts, and highlighting the need for action, helps just one person, then it was worth it.

As we look forward to the New Year, I truly hope my experiences after the Abu Dhabi Grand Prix help reinforce that message, and my New Year’s resolution is to look at ways I can support that process. Just be kind everyone!

I want to wish you all happy holidays, stay safe, and I look forward to all of us getting back on track in 2022.