Van Gisbergen: Feeney will challenge for wins in 2022

Van Gisbergen: Feeney will challenge for wins in 2022 Feeney has enjoyed a meteoric rise to the main game, winning the 2019 Super3 Series in his debut season.

He then graduated to the Super2 Series in 2020, finishing seventh in what was a year heavily disrupted by COVID-19.

A move to Triple Eight Race Engineering this year brought success, finishing all but one race in either first or second.

Speaking with Speedcafe.com at Norwell Motorplex, van Gisbergen said Feeney will have everything at his fingertips to continue winning when he replaces Jamie Whincup at Triple Eight next year.

“With the grounding these guys get here at Norwell and also in Super2, it’s so competitive now and the cars are so well refined,” said van Gisbergen.

“The [Super2] cars that they are driving are pretty similar to what we run now. Broc should be able to jump in and he’s got no reason why he shouldn’t be winning to start with.

“There might be some tracks he hasn’t been to and he’ll have to get used to pit stops and longer races and stuff like that, but he’s got every tool that he needs and all the skills that he needs.

“All the people that he’s got around them that I’ve met, his family and friends, are all great people. He’s a well-grounded kid and it’s going to be interesting to see how he performs.

“It’s the first time I’ve ever had a team-mate that’s younger than me, so it’s going to be interesting to see how it works.

“I’m sure in time by the end of the season he’ll be up the front.” 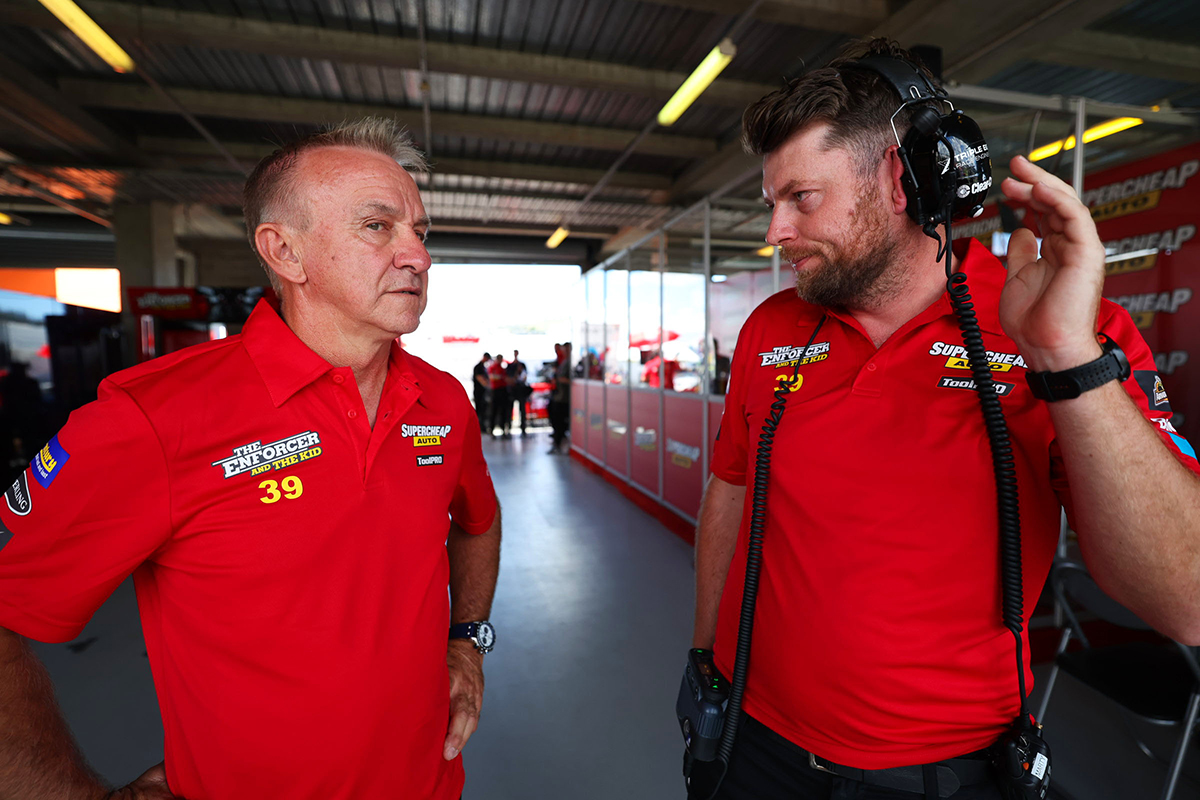 Feeney isn’t the only one at Triple Eight making the step up from the feeder series to the top division.

Race engineer Martin Short, who was van Gisbergen’s data engineer for a time, will work with Feeney in 2022.

Short and Feeney worked alongside each other this year, combining to win the Super2 Series and contesting the Bathurst 1000 as a wildcard entry.

Short has an on-track racing background having won the 2009/10 New Zealand Formula Ford Championship, beating the likes of Nick Cassidy and Andre Heimgartner.

Van Gisbergen said Feeney will benefit from having an engineer who has a racing past.

“He’s awesome. It’s been great to see him come through the ranks and come from data engineer, to a junior engineer, and now into the main team.

“He’s a really smart, young guy and it’s great having someone who has raced at a pretty high level too and won.

“Him understanding how a car should be driven and all the dynamics of it, it’s pretty cool to have him onboard.”