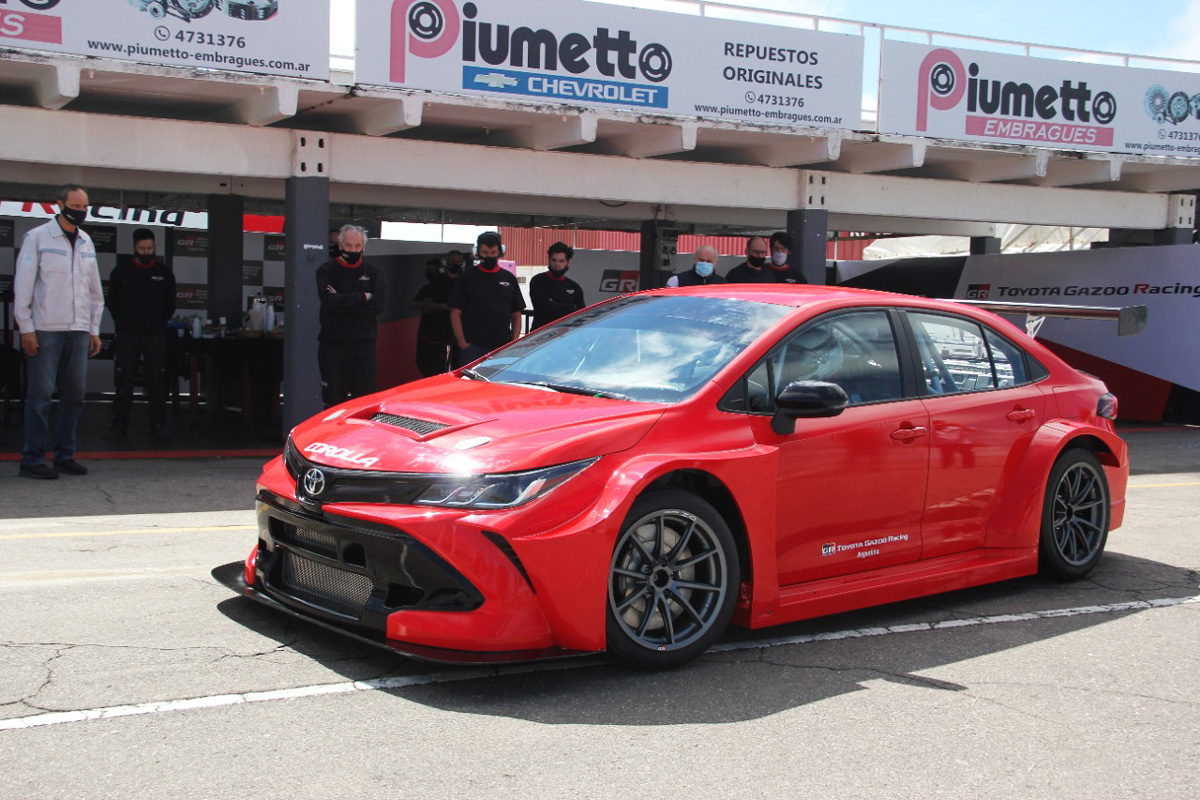 An insight into what automotive powerhouse Toyota may field soon enough in the Supercheap Auto TCR Australia Series has come to light.

The new Corolla TCR prototype was put through its paces across two test days in Argentina at the Autodromo Oscar Cabalen.

That came in front of TCR promoter WSC Ltd, who had technical department representative Massimo Garbin on the ground.

Toyota Gazoo Racing Argentina holds the exclusive rights to the Corolla TCR, with Toyota Argentina president Daniel Herrero getting the honour of being the first to cut laps aboard the sedan model.

“The first impression of the Corolla TCR was outstanding,” said Herrero, who is also chief officer of Toyota Gazoo Racing Latin America.

“The tests we have done with Matías [Rossi, Argentine Touring Car star] were demanding but positive.

“I liked the engine response, cornering speed and braking. I am proud to have been the very first one to drive it.

“I can assure that the car has great potential.”

WSC group president Marcello Lotti voiced his excitement ahead of the car’s debut in 2022.

“I am delighted to see that the Toyota Corolla Sedan TCR has successfully undergone its first test sessions entering in the development phase of the ambitious programme carried on by Toyota Gazoo Racing,” said Lotti.

“The car is beautiful and looking at the results previously achieved by the team in other categories I am sure it will quickly prove its potential.

“I can’t wait to see it taking the track for the actual racing.

“Considering the appeal of the Toyota brand I believe that soon we will see a lot of Corolla TCR cars racing on the tracks all over the world.”

It’s unclear just how soon the Corolla TCR could feature in Australia.