Taylor gets up in Extreme E title thriller

Taylor gets up in Extreme E title thriller 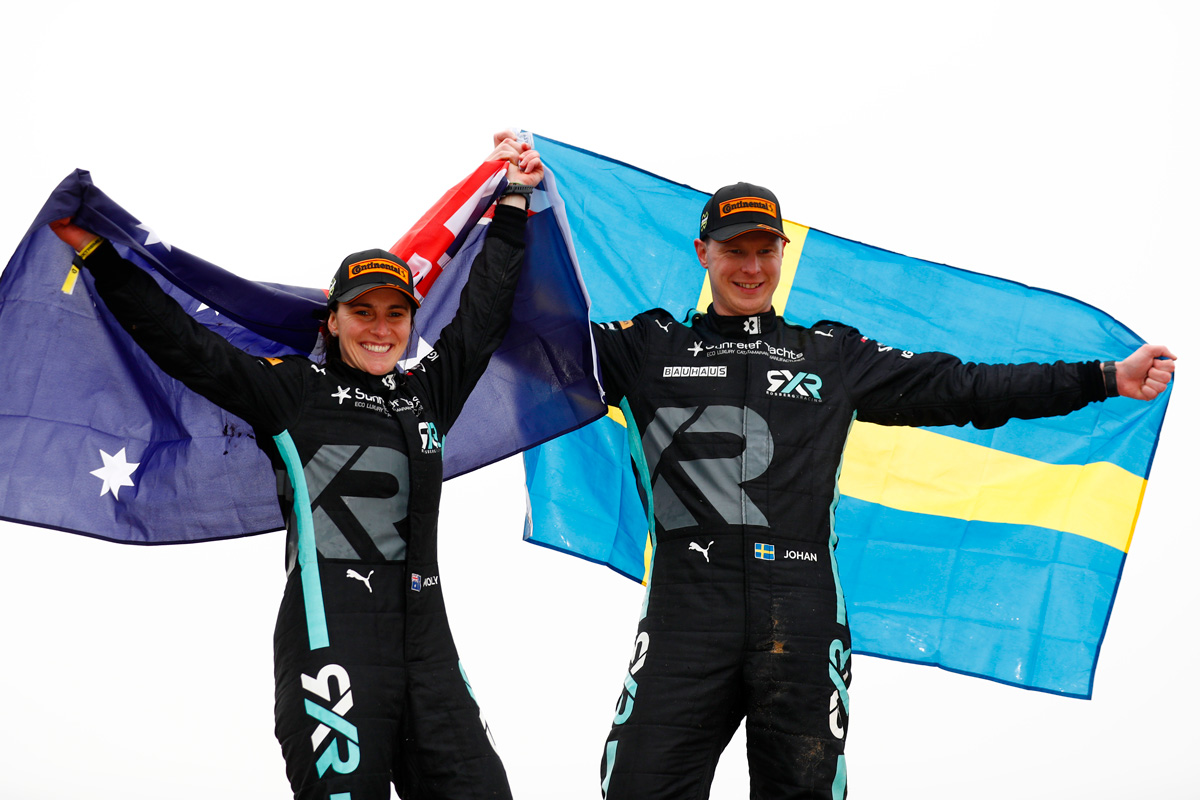 Molly Taylor and Johan Kristoffersson have hung on to win the inaugural Extreme E title in thrilling circumstances.

That saw a tie atop the standings, only for Taylor and Kristoffersson to win on countback, having scored three wins from the five events.

“It feels amazing to be the first ever championship winners of Extreme E,” said Australian rally ace Molly Taylor.

“This season has been brutal, racing in some of the most remote parts of the world in truly extreme conditions but we’ve worked together as a team and we’re delighted with this result.

“The nerves were definitely there today but Johan and I kept our eyes on the final prize, and the whole team effort across many months has brought us to this point today.”

Kristoffersson praised the role Taylor played in sealing the deal: “Molly drove excellently today, managing the challenging conditions and I knew that all that remained for me was to not make any mistakes and bring the car home safely.”

“We are so delighted to be crowned the inaugural Extreme E champions and I am really proud of the entire RXR team,” said Rosberg.

“The team has worked so hard all season and performed consistently, racing in some of the world’s most remote locations. To be champions is such an honour.

“A massive congratulations to our drivers, Molly Taylor and Johan Kristoffersson, who have been excellent all season.

“We came into Extreme E to raise awareness of climate change, and promote sustainability, but also as a racing team, we want to win and so we will remember this feeling forever.”

Loeb vowed to bounce back in 2022, the X44 entry having qualified fastest in every Extreme E event to date.

“This has been a challenging championship for us, but this weekend was the best so far,” said the most successful driver in World Rally Championship history.

“We came first in qualifying in every X Prix, but we kept having bad luck in the Finals so to end on equal points with RXR after the season they’ve had is incredible and shows what we can do.

“I’m confident we will do even better next year, but for now we will be celebrating with the team!”

Rounding out the Jurassic X Prix podium in the south of England was Kevin Hansen/Mikaela Ahlin-Kottulinsky for JBXE and Andretti United’s Timmy Hansen/Catie Munnings.