McLean achieved all three goals for 2021

McLean achieved all three goals for 2021 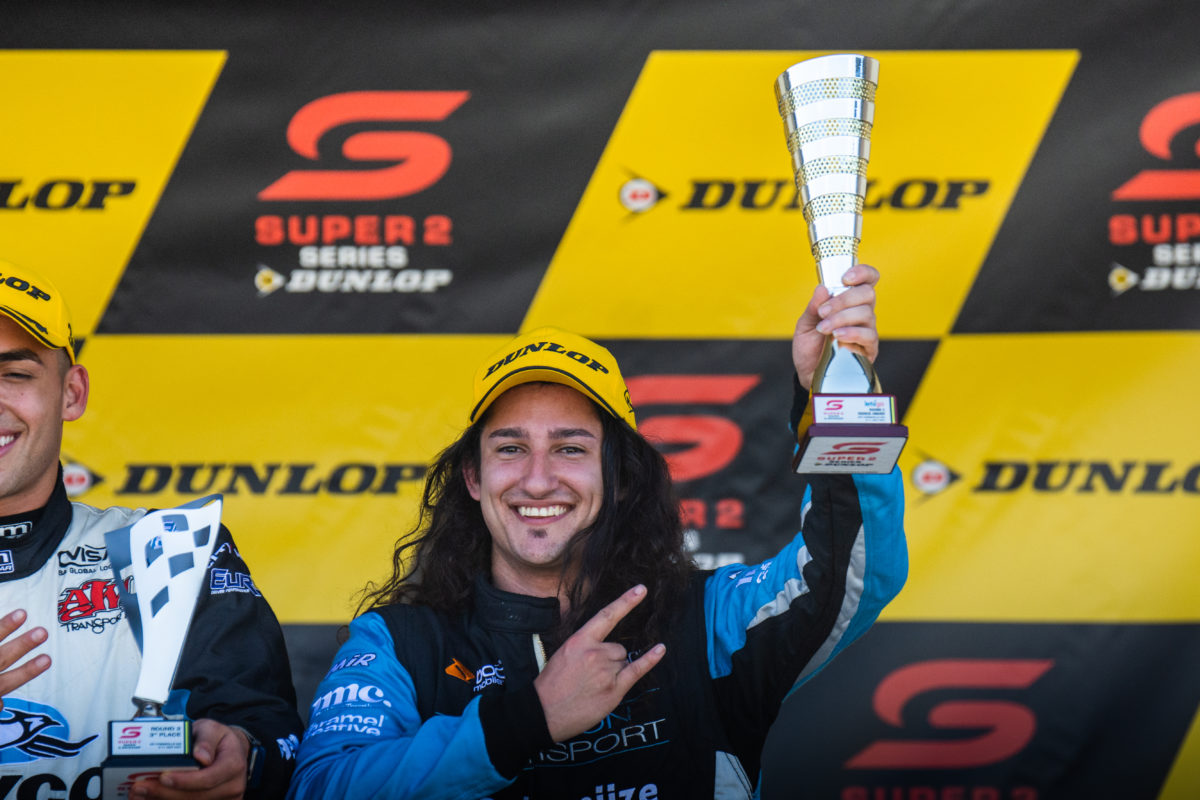 Matt McLean achieved all three goals which he set himself for his rookie Dunlop Super2 Series season.

The Eggleston Motorsport driver ended the year as top rookie in fifth in the standings and also picked up the Mike Kable Young Gun Award.

It was a campaign in which he made an immediate impact, holding the fastest lap time in the opening practice session of the year until Jayden Ojeda edged him at the chequered flag.

“Honestly, it’s sort of where we expected to be,” McLean told Speedcafe.com of his season overall.

“We had three goals for the year – goal one was to get rookie of the year, goal two was to get P5 outright, and goal three was to get Mike Kable Young Gun Award – and we got all three of those.

“At the start of the year, when I rocked up [at Mount Panorama for Round 1], I honestly thought if I could just dip in the top 10, I’d be doing well, and then I reset those aspirations straight away when I went purple in the first session and then we were second and we were in that front bunch all weekend.

“I came out of that weekend with a big head thinking I could probably come out and win the thing, but honestly, before we got to the next round, after we’d done a test, I just sat down and really evaluated where I think would be fair, and we’ve ticked all those boxes.

“I’m stoked, and so is the team, and we’re looking forward to hopefully challenging for the win outright next year.”

McLean had three Super3 rounds and one in Super2 under his belt before 2021, and only notched up his 400th lap in a Supercar in Round 1 at Mount Panorama. “It was really good to clock up my 10th car event there at Bathurst,” he said.

“It’s been a pretty quick progression from the karts through to the car stuff, but it’s just cool to tick off these little milestones.

“It’s things like this that go towards my growing abilities as a driver, and I’m looking forward to developing more next year.

“We’ve packed a lot of learning into one year, and the thing that’s fast-tracked that is being aligned with Eggleston.

“I’ve had guys like Jack Perkins and Tim Blanchard come in [as team-mates], guys that have been driving these things as long as I’ve been alive, and then Ben [Eggleston, engineer/team owner] as well in the same situation.

“Then [in the final round at Bathurst] to have Rob Starr, one of the famous names in terms of engineers up and down pit lane, come onboard and help me out, I’ve just learnt so much off Rob, it’s crazy, and I really hope I can work with him into the future.”

McLean is not yet confirmed at Eggleston for 2022, but likely to continue to drive one of the team’s Triple Eight Race Engineering-built VF Commodores next year.

Assuming he does so, he expects his results to improve off the back of soul-searching about his qualifying struggles, including a stint at Paul Morris’s Norwell Motorplex mid-season.

“Credit goes to guys like Ben Eggleston and Paul Morris, that have really spent a lot of time with me, and obviously with Paul getting out there on the track with me and helping me just think about the ways that I can be maximising the grip,” explained the 25-year-old.

“It was something that I was so good at in go-karts but the tyre is just so completely different in these Supercars, so given my lack of experience, it was obviously going to take me some time to work out.

“But, I think that we’ve gotten on top of it at this stage and we’re going to do some testing for next year.

“This year, we only did two tests and we obviously did the five rounds, so I’m still very new to it all, but I think with some experience, it’s not an issue and should become one of my strong points again.”

The 2022 Super2 season starts in Newcastle on March 4.