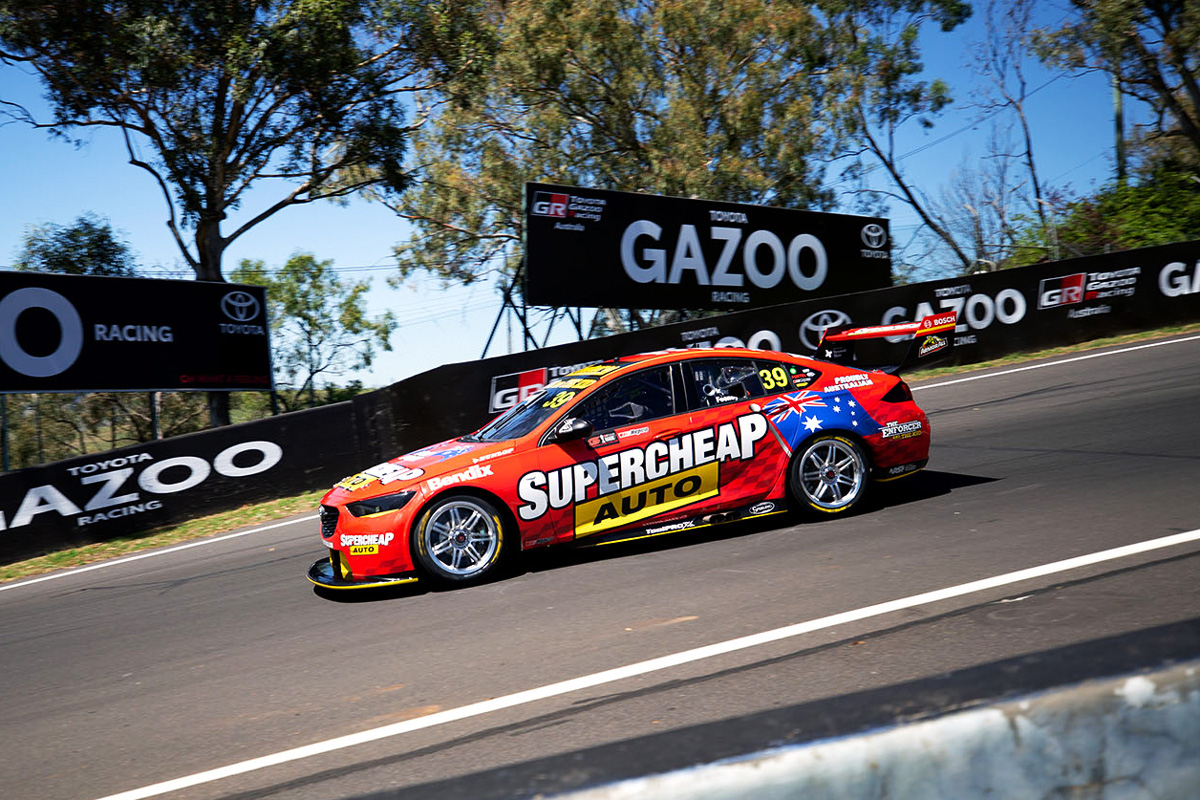 Now that the current Gen2 cars are in play for all of 2022, with Gen3’s mooted mid-season introduction being scrapped, Ingall says the championship mustn’t go a full season without the necessary adjustments.

Aero wash has long been a gripe with regards to the existing Mustang and ZB Commodore, with high aerodynamic levels making it difficult for a car to follow another closely through corners.

Rectifying that situation is one of the core pillars of Gen3 – but for now, Supercars has said it’s intent on not making aero tweaks in the interim (ie for 2022).

That’s a point Ingall is adamant must be reconsidered.

“[The current cars are] great from a driver perspective running around on your own, but I can really see why they’ve had issues with racing in a field and getting aero wash which a lot of the drivers bang on about,” Ingall told Speedcafe.com, having contested this year’s Bathurst 1000 with Broc Feeney.

‘So to me, next year being the last year of these current model cars, it’s really an ideal situation to actually knock some aero off of them.

“Especially what has surprised me with how they have come out and said they’re not going to be doing anything with the car for next year; to me, now is the perfect opportunity as a lead-in to the Gen3 car which they are claiming has got up to 65 percent less downforce.

“Lead in to it, with getting the drivers up to speed as well as making the racing more entertaining than what we have currently got.” What’s more is that Ingall feels “it’s a cheap fix” courtesy of trims to the front undertray and rear wing.

“Most of the teams, especially after Bathurst, will be replacing splitters, renewing splitters, so if you’re going to renew your splitter, you might as well renew them with something that’s had a couple of hundred [millimetres] cut out of the floor tray, which is very easy to do,” he said.

“It’s easy and cost-efficient to do – and what cost do you put on entertainment?”

‘The Enforcer’ added it’s important the 2022 championship is not merely treated as a transition phase, given it’s the first full season with new owners Racing Australia Consolidated Enterprises Ltd (RACE) at the helm.

“It’s very important, especially for the new owners, as part of the big building process of the brand to actually get in and do something that’s going to enhance the racing in the prep to the next generation car.

“I would have thought it was a no-brainer, and if I was at the controls, I would be doing it tomorrow.”