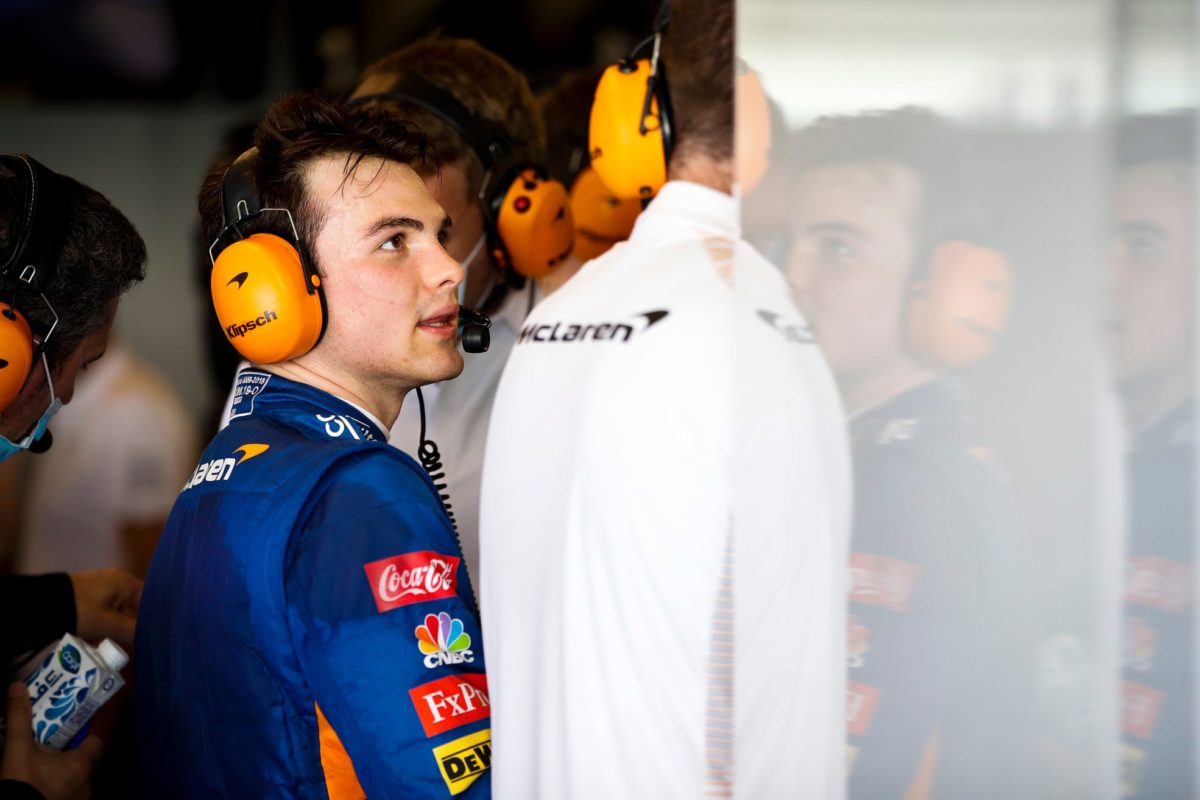 It was an outing orchestrated by team CEO Zak Brown and came as a reward for O’Ward winning an IndyCar Series race for McLaren SP during 2021.

The 22-year-old was left enthused by the experienced, though he ruled out an imminent switch to racing in Europe.

“I’m very happy where I am at right now in IndyCar,” O’Ward said.

“I am going to be an IndyCar driver next year with Arrow McLaren SP over there.

“But, if I do make the move over here, it’s going to be straight from IndyCar – I don’t plan to go to any other junior F2, or F3.

“So yeah, it would be a move straight from IndyCar and, to be totally honest with you, I don’t think I would have an issue with it.

“I ended up very at home with just feeling everything out, and I think the team can speak more to that – they see a lot more of just the analysis and truly everything.

“But from a driver standpoint, for sure there was more pace that I could extract later on, whenever I get to know the car more.”

The day of running in Abu Dhabi remains the sole organised outing for O’Ward at this stage.

However, future opportunities could come his way, with new regulations set to be introduced in 2022 mandating the running of a junior driver in selected sessions during the year.

Provided those don’t clash with O’Ward’s IndyCar commitments, and without another junior waiting in the wings, the Mexican looks to sit in pole position for those outings.

“This is all that is planned right now,” he said when asked by Speedcafe.com if he’s keen for more F1 outings.

“I told Zak, man like you’re going to spoil me. I’m going to be annoying you after that test!

“It’s just unbelievable,” he added of the car’s performance.

“It’s amazing, and what all us racing drivers want to feel is just go as fast as you can, brake as late as you can.

“You want to feel everything and in this car it gives you that and more.

“Probably once you get into a rhythm and know it a lot more, the two-three-four year drivers for sure like ‘I want more grip’, which is understandable.

“These things bend the laws of physics, it’s just absurd, absurd what they’re able to do.”