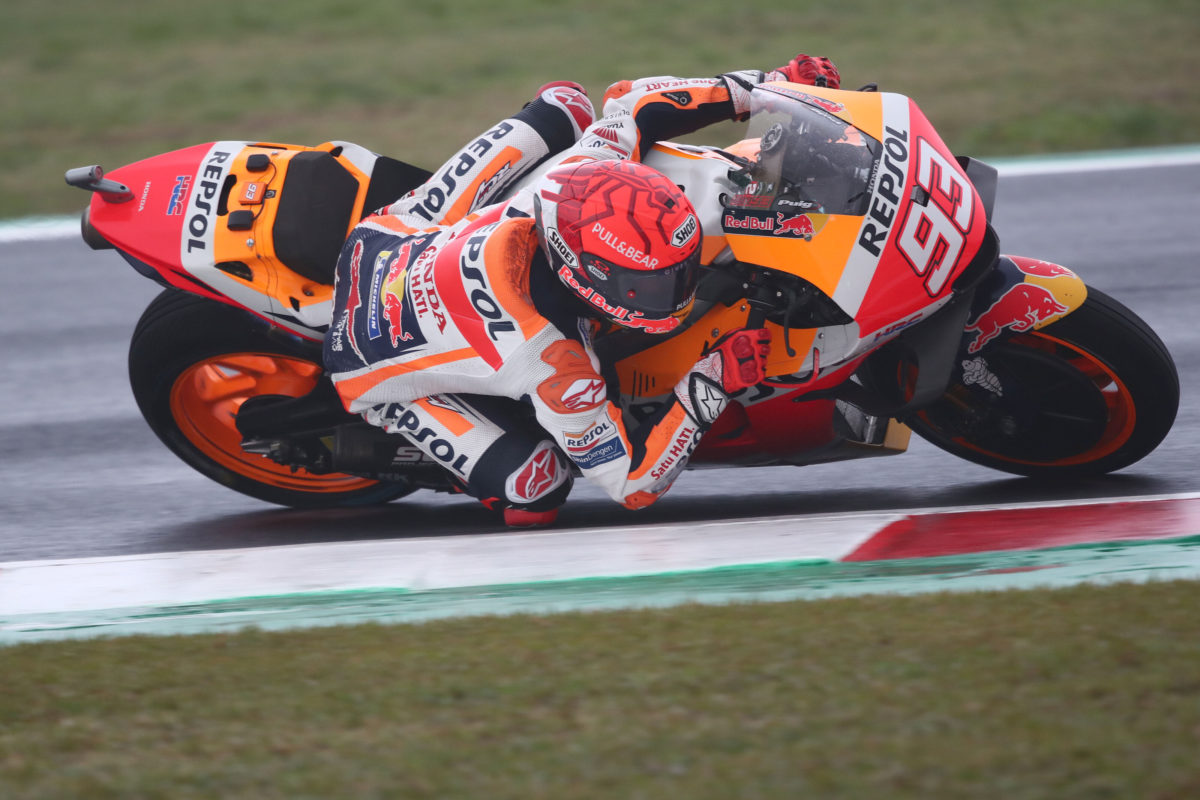 Honda is “not considering” the possibility that Marc Marquez will still be out injured at the start of the 2022 MotoGP season, says factory team manager Alberto Puig.

The six-time premier class champion missed this year’s last two races, and also post-season testing, after a training accident which was initially said to have left him with concussion.

Before the very last round of the campaign, however, Honda advised that its superstar had been suffering eye problems similar to those which he experienced in 2011.

The Japanese marque has apparently not yet made a decision as to how it will proceed next year, with a check-up at Christmas time set to be crucial.

Even so, Puig insists they are not yet thinking about another protracted lay-off, declaring that would be “self-flagellation”.

“Marc is doing everything the doctors have told him to right now, trying to rest, avoid stress and be patient,” the Repsol Honda boss told Motosan, in his native Spain.

“We hope that, little by little, things start to return to normal.

“Starting the 2022 season without him? No, we’re not considering that possibility.

“We’ll have to see how he is, but considering that option would be like self-flagellation.

“What is for sure is that we need to be guided by the doctors and we’ll see what needs to be done based on what they tell us.”

While refusing to whip himself, metaphorically, Puig is nevertheless conscious of how big a blow it would be to lose Marquez for part of the season for a third year straight.

The Spaniard crashed heavily at the start of the 2020 campaign and ultimately returned only in Round 3 of 2021, after which he continued to battle with fitness.

In the meantime, Repsol Honda also struggled in general, with Pol Espargaro finding his first season on the RC213V a difficult adjustment after moving across from Red Bull KTM Factory Racing.

Espargaro’s experience was not quite as bad as Jorge Lorenzo’s in 2019, but Marquez’s inability to do what he might otherwise be capable of due to ongoing physical issues exposed deficiencies with the Honda package.

“We have been through two years in which there has been virtually no development,” admitted Puig.

“When you have a winning rider and he is not part of the development of the bike, you miss the comments of the leader and of the one who pushed that bike to the limit.

“So, yeah, you probably lose a little bit of direction; it’s human.

“We haven’t had Marc in good condition for a long time now and obviously the other riders have done their job well, thanks to the opinions of [Stefan] Bradl [test rider], Alex Marquez last year, [Takaaki] Nakagami, Pol.

“But the absence of Marc’s opinion was felt in the development of the bike.”

Bradl filled in for Marc Marquez for most of 2020 and three of the four rounds the latter missed in 2021, and represents an obvious option if a replacement is needed again next year.

Aside from that, there is stability in the Honda ranks with Espargaro continuing in the factory team and both Alex Marquez and Nakagami at satellite outfit LCR.

The Shakedown Test, for test riders and rookies, takes place at Sepang from January 31.