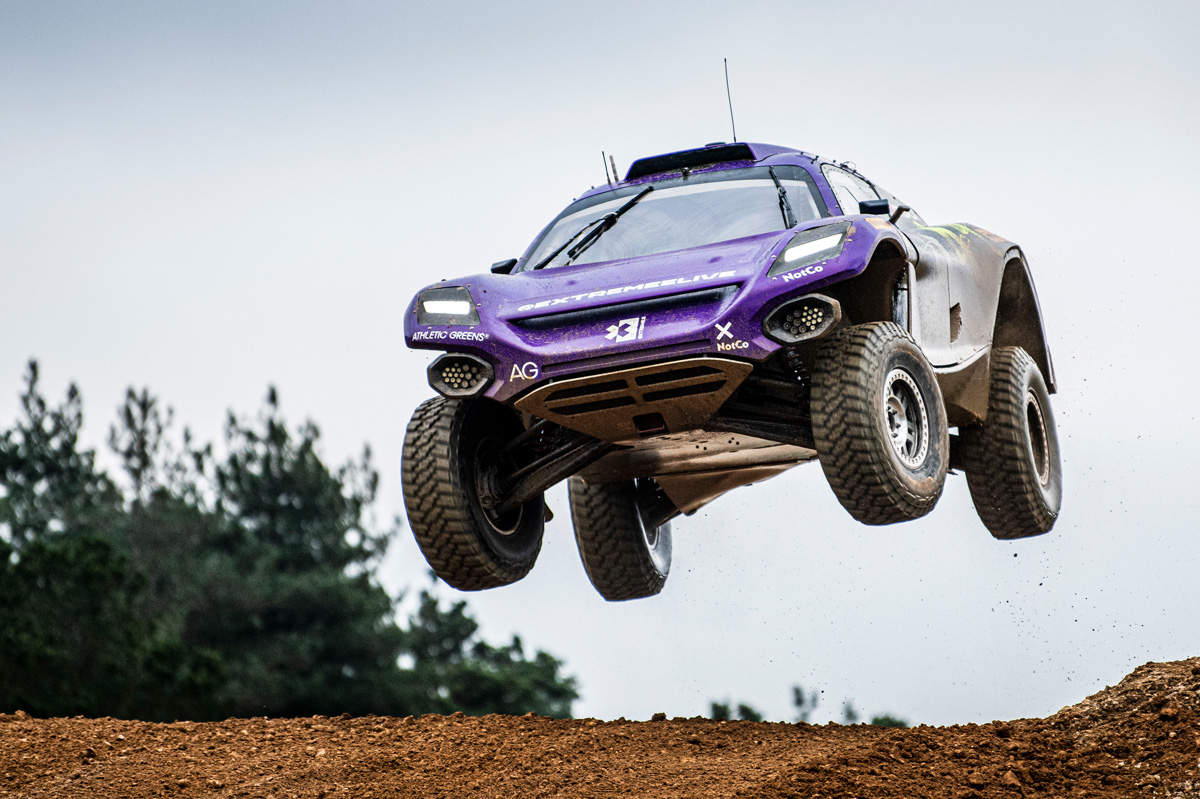 The X44 entry in full flight

X44 pair Sebastien Loeb and Cristina Gutierrez were fastest in qualifying for the Jurassic X Prix in southern England, just ahead of Kristoffersson and Taylor.

Kristoffersson and Taylor, who compete for the team operated by Hamilton’s former Mercedes Formula 1 team-mate Nico Rosberg, entered the weekend 16 points clear atop the standings.

Australia’s Taylor is not overly concerned about the pace of their rivals, though.

“The track is developing and changing the more laps are completed but we kept our runs really clean and managed the slippery conditions well.

“Tomorrow will certainly be difficult but the team is really focused and we’re happy with the performance so far.”

Loeb, the greatest driver in World Rally Championship history, was pleased with his team’s efforts.

“We are very happy to be top of qualifying again,” said the Frenchman.

“It’s always good to show your speed against the other teams but tomorrow we have the Semi Finals and Finals and they are a very different type of driving so hopefully we can get the same success.

“We will be racing against some incredible drivers and it won’t be easy on this track but we are a strong team so let’s see what happens.”

Based on qualifying results, X44 will face JBXE and Veloce Racing in its semi-final, while RXR will be up against Acciona/Sainz XE Team and ABT Cupra XE.