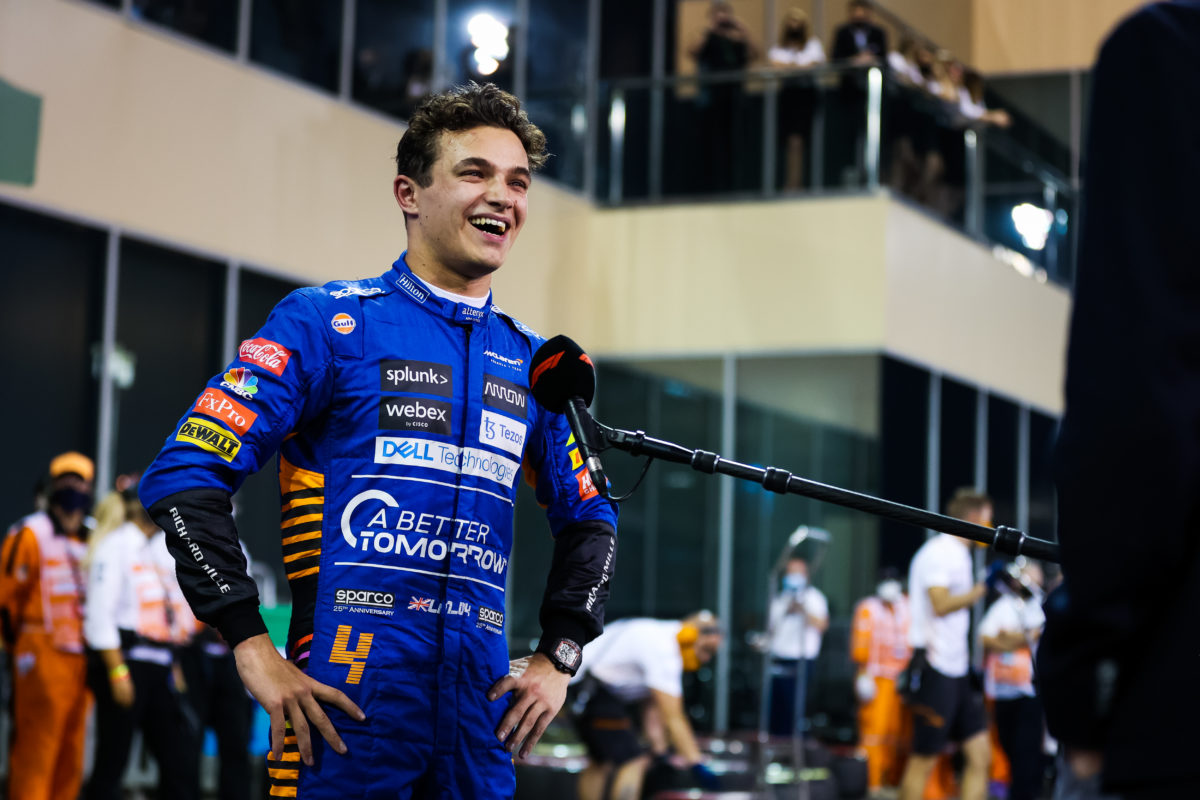 Lando Norris’s continued development throughout the 2021 Formula 1 season left his bosses pleased with what they saw.

The Brit proved one of the standout performers in the early races, and held third in the drivers’ championship from the Azerbaijan Grand Prix until the Styrian Grand Prix two events later.

In Russia he scored his maiden F1 pole position, and he recorded a career-best second behind team-mate Daniel Ricciardo at the Italian Grand Prix.

“It was great to see the step he made again, going into the third year in Formula 1.

“Great to see what he was pulling off this year in qualifying, occasionally nibbling or being even in a position to challenge the front-runners.

“Also, seeing how he developed as a racer on Sunday, how good that is, to compare to others is always difficult.”

Norris has been spoken of as a potential world champion, part of a new wave of drivers led by newly crowned world champion Max Verstappen.

George Russell and Charles Leclerc are also in that wave, with big things expected of them.

However, Seidl suggested Norris is aware that he’s not yet where he needs to be to challenge for a championship, and that the team must do its bit to deliver him a car that can do the job.

“He knows that there’s still a lot more to come in the next years, which is also normal,” Seidl said.

“We know we need to give him over a car that he can fight consistently higher up.

“But I’m very happy knowing that he’s with us,” he added.

“I’m certainly convinced, together with Daniel, that we have a great driver line-up, and we will score a lot more good results in the future.”

It saw him finish sixth in the drivers’ championship, 4.5 points down on Carlos Sainz, and one ahead of Leclerc.