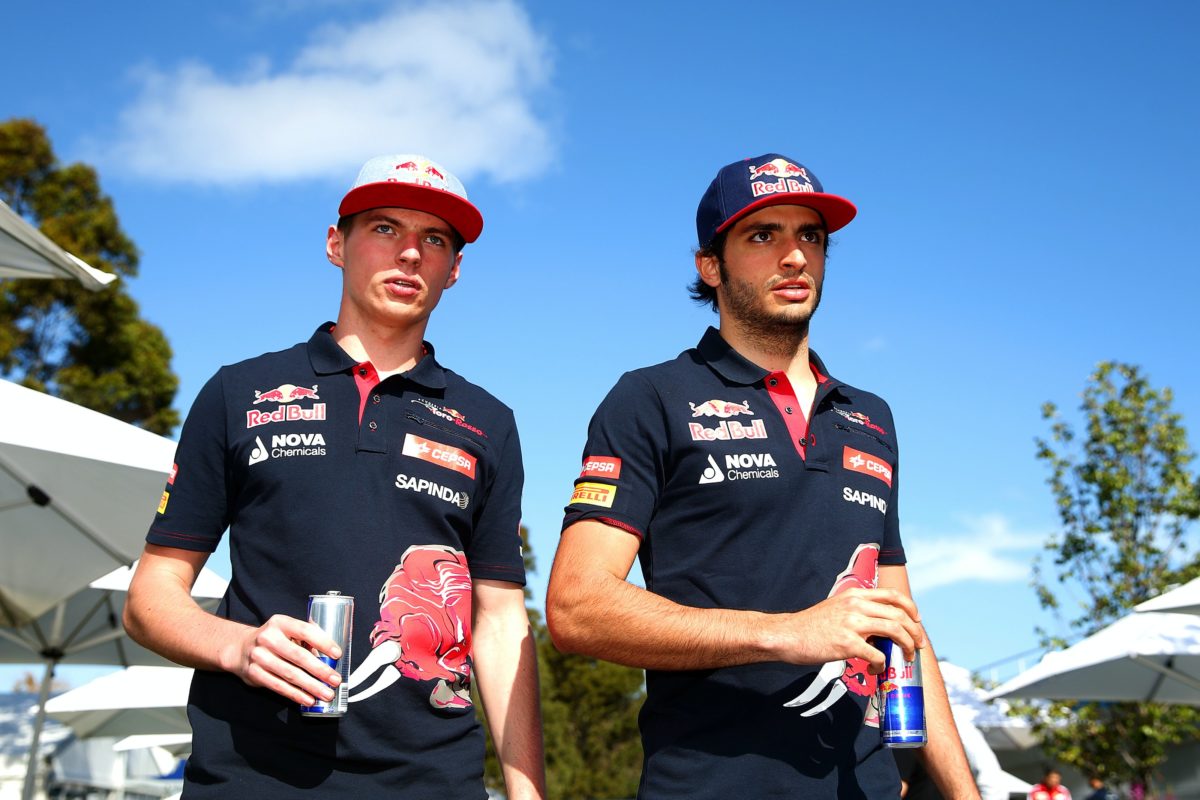 Max Verstappen and Carlos Sainz as team-mates in 2015

Now racing for Ferrari, Sainz finished third in the season-ending Formula 1 Abu Dhabi Grand Prix, a result that went largely unnoticed given the intrigue ahead.

Speaking after the race, the Spaniard was asked about his thoughts on the man alongside whom he raced alongside in 2015 and (the start of) 2016.

“Since the start of the year I think Max has shown incredible pace, incredible race ability with probably the strongest driver, that is Lewis, you know, a seven-time world champion.

“For me, whoever came out on top [in Abu Dhabi] would have deserved it because they’ve both driven to an incredible level.

“The fact that it is Max, and obviously after our first year in Formula 1 together, makes me feel proud of him.”

Midway through the 2016 season, Verstappen was promoted from Toro Rosso to join Daniel Ricciardo at the senior Red Bull team.

Sainz meanwhile saw out the year with the junior operation, before switching to Renault ahead of the final four races of 2017.

After a stint at McLaren, he joined Ferrari this season, chalking up four podiums en route to fifth in the drivers’ championship – ahead of team-mate Charles Leclerc.

Looking back on his formative season in F1 alongside Verstappen, however, filled him with mixed emotions.

“A bit melancholic,” he said in regards to his 2015 season alongside the new world champion.

“I look up to him in a good way, knowing that it’s possible to achieve your dream.

“And also congrats to Red Bull, that is my old family,” he added.

“I congratulate them and I hope that next year at least we can give them a good run for the money.”

While Sainz was fifth in the drivers’ championship, Ferrari finished third, a strong improvement over a dismal 2020 campaign which saw it record its worst season result in four decades.