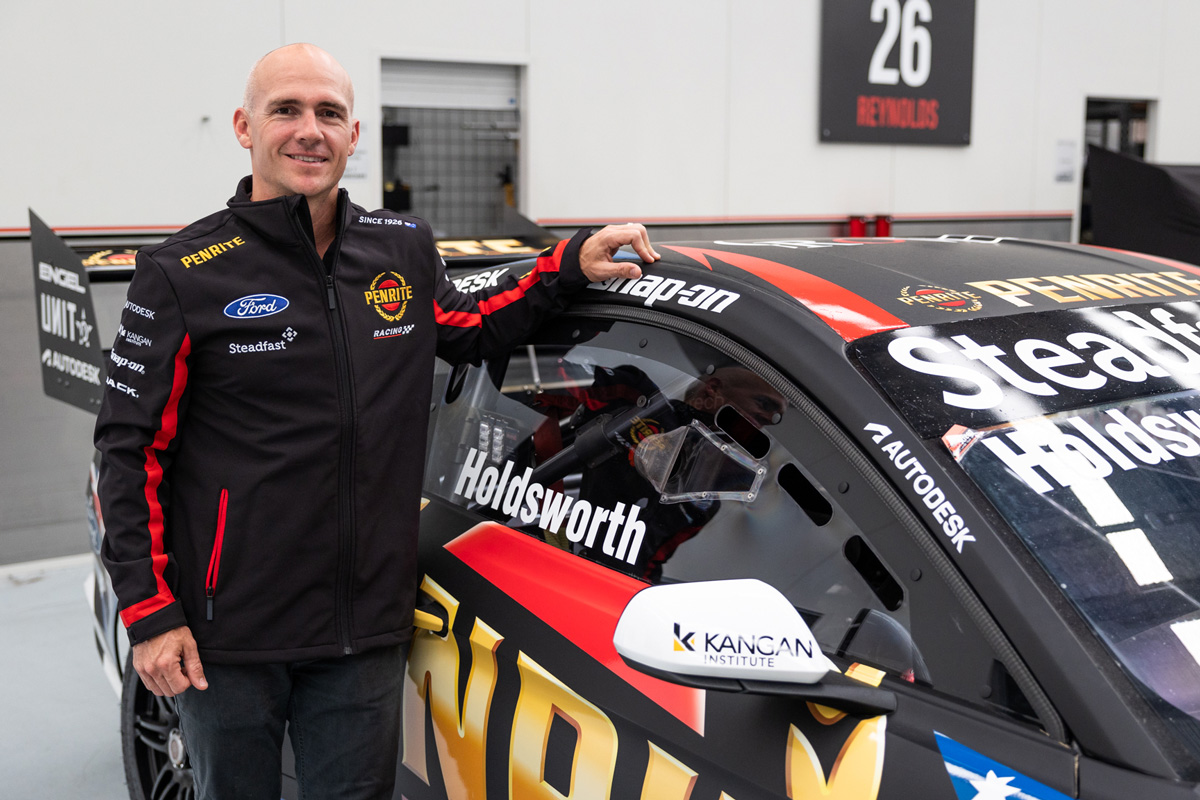 Lee Holdsworth is back.

Less than a fortnight on from his stunning Bathurst 1000 triumph alongside Walkinshaw Andretti United’s Chaz Mostert, Holdsworth has clinched what should be the last full-time seat available for the 2022 Repco Supercars Championship.

Holdsworth will team up with David Reynolds, giving Grove Racing an experienced pair of hands to guide it through its first full season as a standalone outfit (without Kelly Racing co-ownership).

Kiwi teen Matt Payne had long been in the running to take over from Brad Jones Racing-bound Andre Heimgartner, but he was officially ruled out of a 2022 main game drive yesterday when announced for the Super2 Series in a Grove Racing Altima.

For Holdsworth, it’s a return to the grid after being bumped out of a drive this year when Tickford Racing reshuffled its stocks.

At one stage, he’d looked firmly in the running to replace Bryce Fullwood at WAU before the Clayton organisation reunited with Nick Percat, leaving Holdsworth to be less than confident about his chances… until now.

“I’m blown away by this opportunity and I can’t wait to get back full-time into the Supercars Championship,” said the 38-year-old.

“My full time campaign was cut short at the end of 2020 and it certainly wasn’t the way I imagined bowing out from the sport.

“I’ve now got a great opportunity with Grove Racing to finish off my full-time career in Supercars while playing an important role in helping the team move forward for the future.

“Although sitting on the sidelines wasn’t much fun, winning the Bathurst 1000 made up for it!

“As soon as I got a phone call from Stephen [Grove] about driving with them full-time in 2022, I knew it was a challenge I wanted to accept.” Holdsworth is excited about helping the Groves lay a foundation for the future as it targets joining the likes of Triple Eight Race Engineering as an out-and-out Supercars powerhouse.

“I’ve got an important role to play in the team for next year, and I’m excited by that,” he said.

“Having the chance to partner David Reynolds, who I know is one of the fastest drivers in the field, and help build this new team up to be a future force in the championship is very exciting.

“You can see Grove Racing is leaving nothing on the table. They have good cars, some new engineering and management talent, and they are building up their young driver programme too, so I’m looking forward to being a part of the whole programme.

“Hopefully I can use some of my experience to help drive the team forward.”

Team owner Stephen Grove welcomed Holdsworth aboard and described him as a “perfect fit for our team”.

“Lee is one of the most experienced drivers in the field, and at this point of our team’s development, and with the implementation of the Grove Junior Team, we wanted to have an experienced driver, a leader off the track and most importantly, someone we know will work with our team to drive forward,” said Grove.

“Lee ticks all of those boxes. His resume speaks for itself and we can’t wait to get into the Supercars Championship with him and David Reynolds next year.”

Holdsworth will get his first drive of a Grove Racing Mustang at a Winton test day early next year.