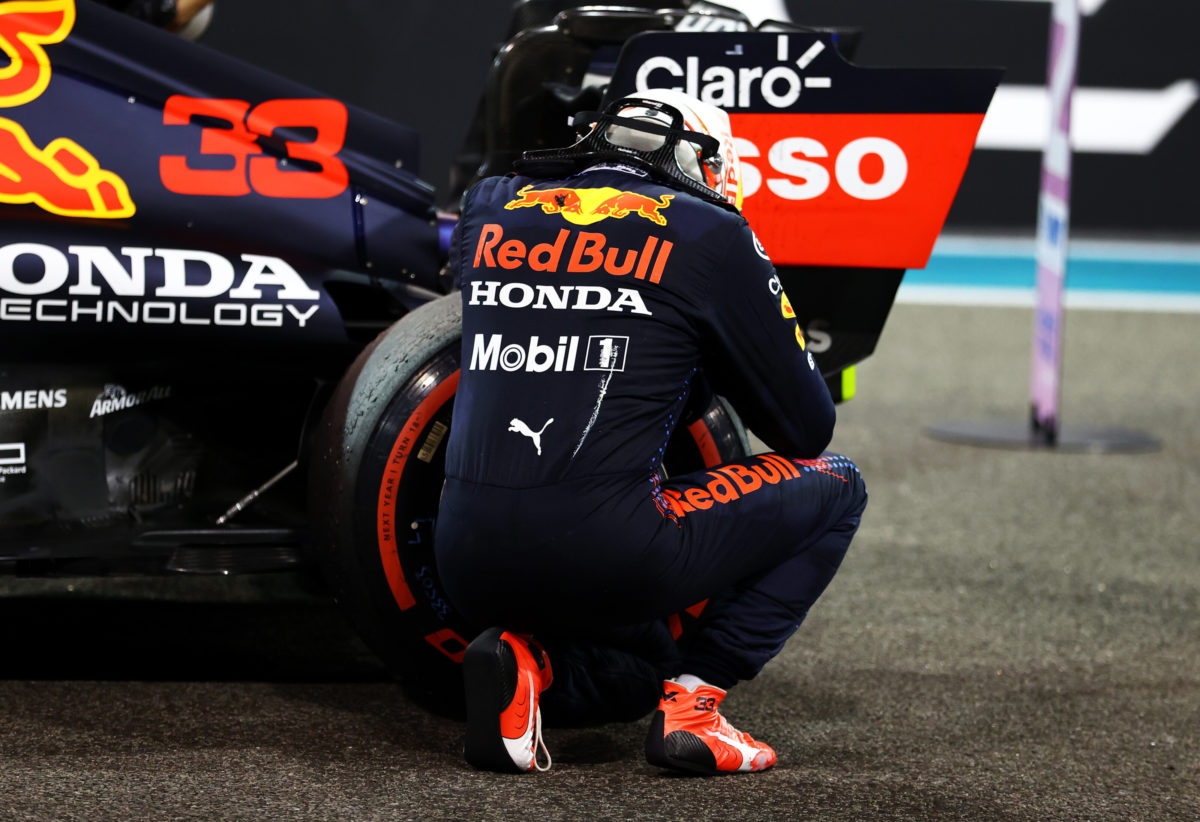 Max Verstappen has revealed he battled cramp in the final lap of the Formula 1 Abu Dhabi Grand Prix while battling with Lewis Hamilton.

The Dutchman ultimately won the race following a controversial single-lap sprint to the flag after a late Safety Car for Nicholas Latifi.

Armed with fresh soft tyres, versus worn hard tyres for Hamilton, Verstappen quickly pounced on his title rival at Turn 5.

He then defended hard on the run to Turn 6, and to Turn 9 where the second-placed Mercedes drew alongside, to take the chequered flag and with it the 2021 world drivers’ championship.

“I was behind Lewis going to Turn 3, Turn 4 and I had a massive cramp,” the Dutchman said.

“So it’s like full throttle, but barely, just having the force to push anymore.

“I was happy at Turn 5 so I could brake and relax for a few seconds, and then back on it for two long straights, which was very, very painful.

“But of course, for that last lap, you just bite through it.”

Having crossed the line, Verstappen erupted over team radio in celebration as team boss Christian Horner declared him world champion.

“I was very emotional on the in lap, that’s for sure,” the 24-year-old admitted when asked if he shed a tear in the car.

“When the visor’s closed, nobody can see you, but of course with all the celebrations it was just incredible – an incredible feeling.”

His success came in the final race for Honda, as the Japanese marque steps back from Formula 1.

Having returned to the sport with McLaren in 2015, it had a disastrous run before partnering with Red Bull.

“It’s incredible to be working with a team like this and together with Honda,” Verstappen said.

“It’s been an incredible journey together and this is what we were always working for and hoping for.

“For it to then unfold in the way it did is just insane, so I’m incredibly happy also for them.”

Verstappen ended the 2021 season with 394.5 points, eight more than Hamilton after 22 races.

However, Mercedes claimed the constructors’ crown, edging out Red Bull by 28 points with a tally of 613.5.