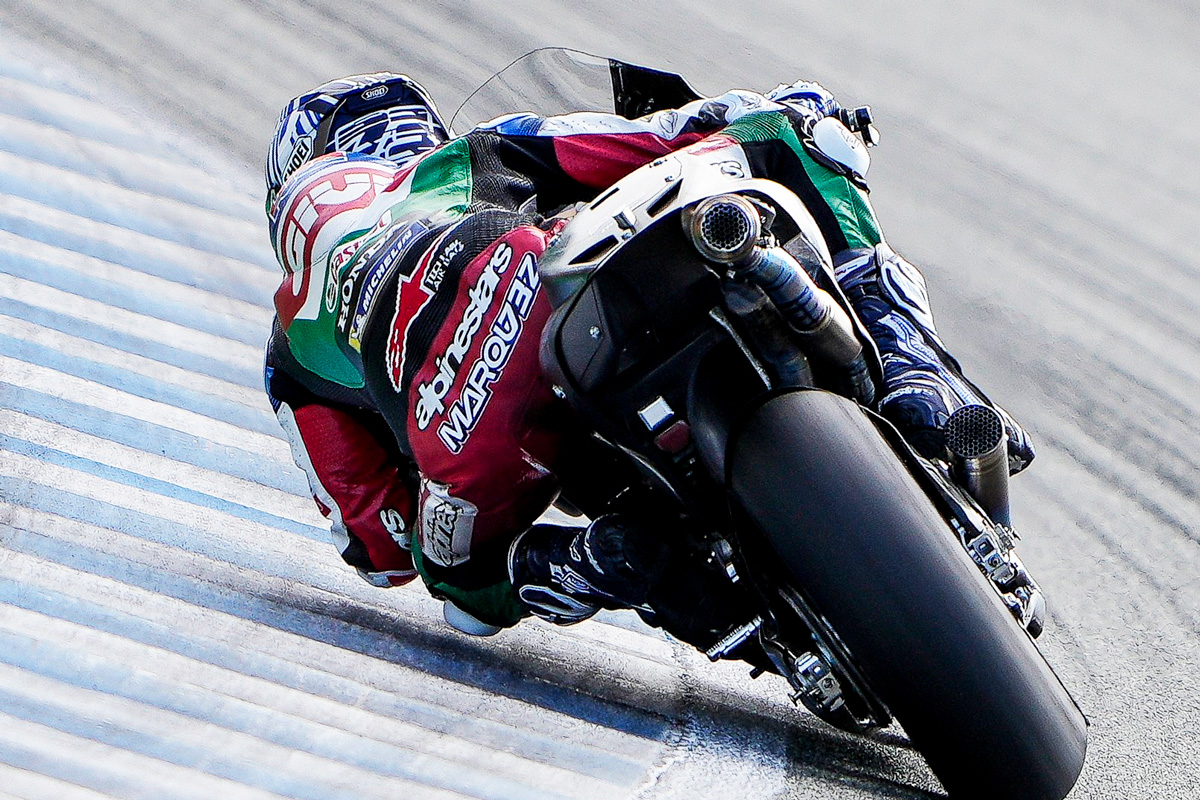 Alex Marquez believes an exciting 2022 MotoGP season awaits him as Honda applies a new concept to its incoming bike.

Marquez carries plenty of pedigree as the younger brother of six-time premier class champion Marc, not to mention two world championship crowns of his own (Moto3 in 2014 and Moto2 in 2019).

His LCR Honda team experienced a challenging campaign this year, with fourth at the penultimate round of the season at Algarve his best result.

But better things are in store next year, he’s sure.

“Honda has changed the bike to a totally different concept, I already tried it at Jerez [for post-season testing] and as I said it’s exciting because from the beginning it was a motorcycle that we didn’t know, but lap times were fast and we felt quite comfortable riding it.

“We win in some side and lost in some other, but we still have to further understand and we have a lot of work ahead.

“Lap times are good and that is positive.

“The expectation is to try to become more regular and stay in the top eight in 2022.”

As for Marc Marquez, little has been said in the way of updates recently regarding an eye injury sustained in a training crash in the lead-up to the Algarve Grand Prix.

The incident put a dampener on an otherwise promising comeback season – after he’d been forced out of almost the entire 2020 campaign – having taken victories at the Sachsenring, Circuit of the Americas, and Misano World Circuit Marco Simoncelli.

Pending #93’s availability, Honda is due to take an unchanged line-up across its four bikes into next year: that being the Marquez brothers, Pol Espargaro, Takaaki Nakagami.