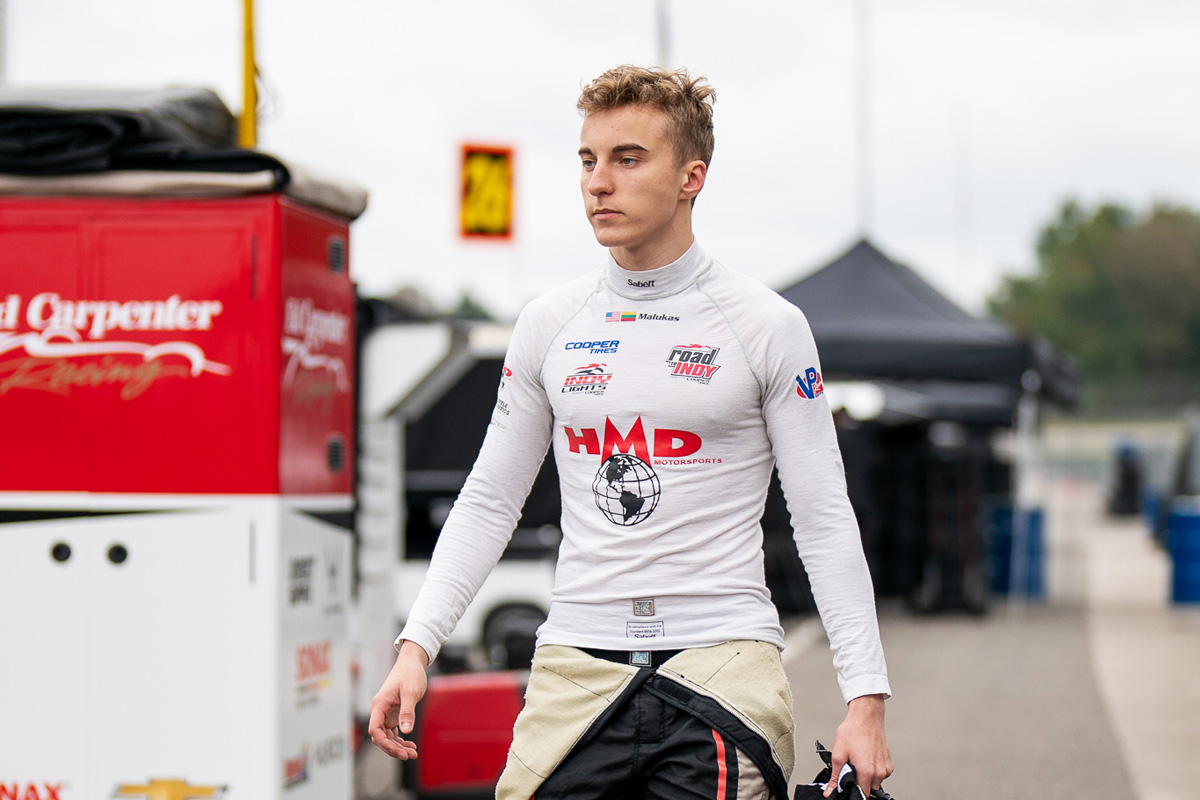 The #18 entry will see DCR in partnership with HMD Motorsports, having split with Vasser Sullivan with whom it had run Ed Jones this year.

He’ll have Lithuanian-American 20-year-old Malukas for company, as DCR looks to build on a 2021 campaign in which it visited the podium thrice courtesy of Andretti Autosport-bound Romain Grosjean.

“I’ve been following David in Indy Lights and I was very pleased by what I saw,” said team owner Dale Coyne.

“He had a remarkable season and then he impressed everyone when we tested him back in October.

“It was his first time in an IndyCar and he was the fastest one at the test, even ahead of a veteran driver.

“And, on top of it all, he comes from right down the road in Chicago, so it’s a perfect fit for us to run David next season.

“We’re also excited about our new partnership with HMD Motorsports. We can’t wait to start building on this relationship and we’re looking forward to a successful season together.”

A podium finisher in 16 of 20 Indy Lights races this year, Malukas feels ready to make the step up.

“I am very happy to join Dale Coyne Racing for my first season in the NTT IndyCar Series,” said Malukas.

“It has been my dream since a little kid to get to this point and I am thrilled to get it started with this team.

“After my first test with DCR, I felt right at home. They are like family already and I am excited to see what we can accomplish. Bring on 2022!”

The new season will open on the streets of St. Petersburg in late February.