De Pasquale: Title runner-up was within reach this year

De Pasquale: Title runner-up was within reach this year 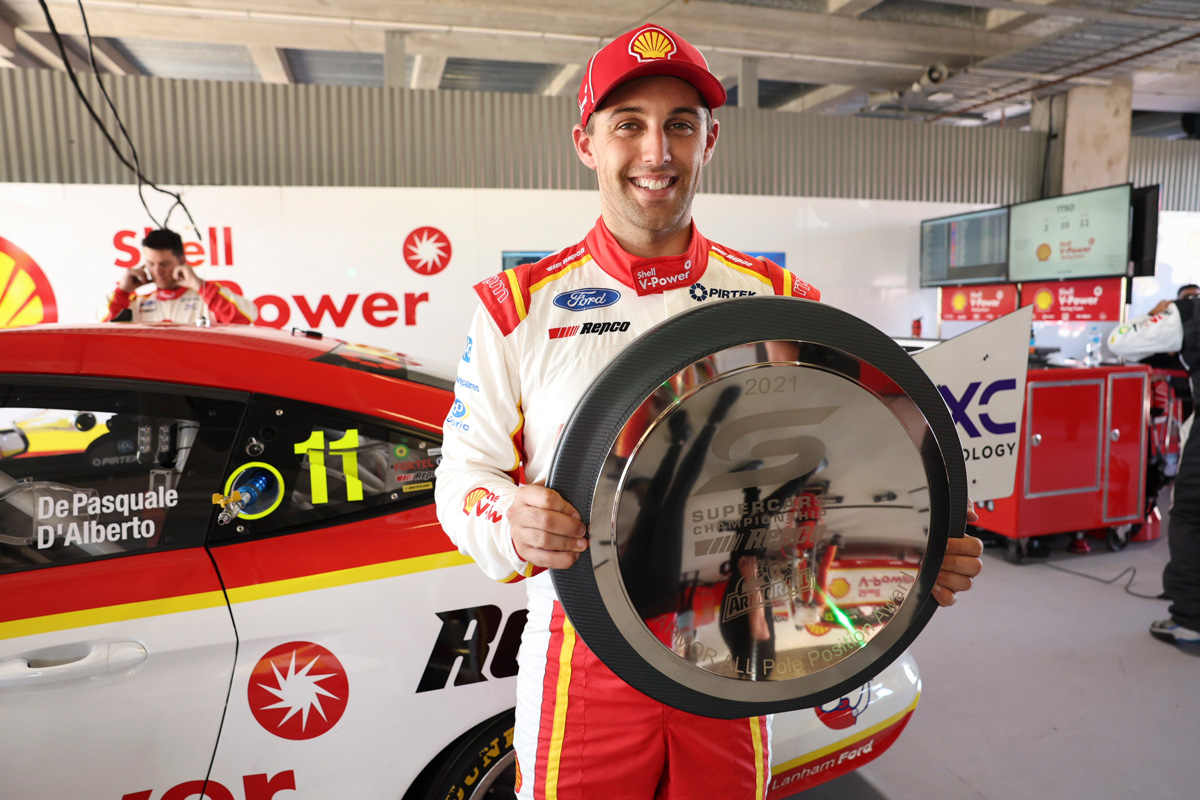 Anton De Pasquale believes he had the package underneath him to finish as many as four places higher than he ultimately did in the 2021 Repco Supercars Championship.

In his first season at the Shell V-Power Racing Team, De Pasquale claimed the most pole positions of any driver (11), plus six race wins.

However, he could do no better than sixth in the final standings – more than 300 points behind team-mate Will Davison, and 855 adrift of champion Shane van Gisbergen – with a raft of issues coming back to haunt him.

De Pasquale’s season finished in somewhat fitting fashion at the Bathurst 1000, qualifying on the front row only to break down late in the race with a driveline issue.

That marked his fifth DNF of the season, plus a disqualification for a tyre mix-up at Sydney Motorsport Park.

“The DNFs probably put a halt on a good championship position but like I’ve said before, no one was ever beating Shane this year, I don’t believe,” De Pasquale told Speedcafe.com.

“I think we had the package to be second or third but ultimately we weren’t.

“But we got poles, wins, pole award, a ton of podiums. We always want more, but we’ve got a bit of everything to our name for the year so we’ve got that stuff to build on for next year and go out and see what we can do starting not fresh, with a bit of experience knowing what we can do together.

“And using that to start the year and hopefully put up some sort of fight.”

De Pasquale believes a title tilt is possible next year, albeit with some improvement in both car reliability and his own driving required.

“Next year we want to obviously compete all the way through,” noted the #11 Ford Mustang driver.

“As well as doing everything I can to be better and all that stuff, we have to make sure we’re finishing all the races, from driving mistakes to car reliability; that’s one of the things of competing in this championship.”

Next year will mark De Pasquale’s fifth as a Supercars Championship full-timer, having debuted for Erebus Motorsport in 2018.