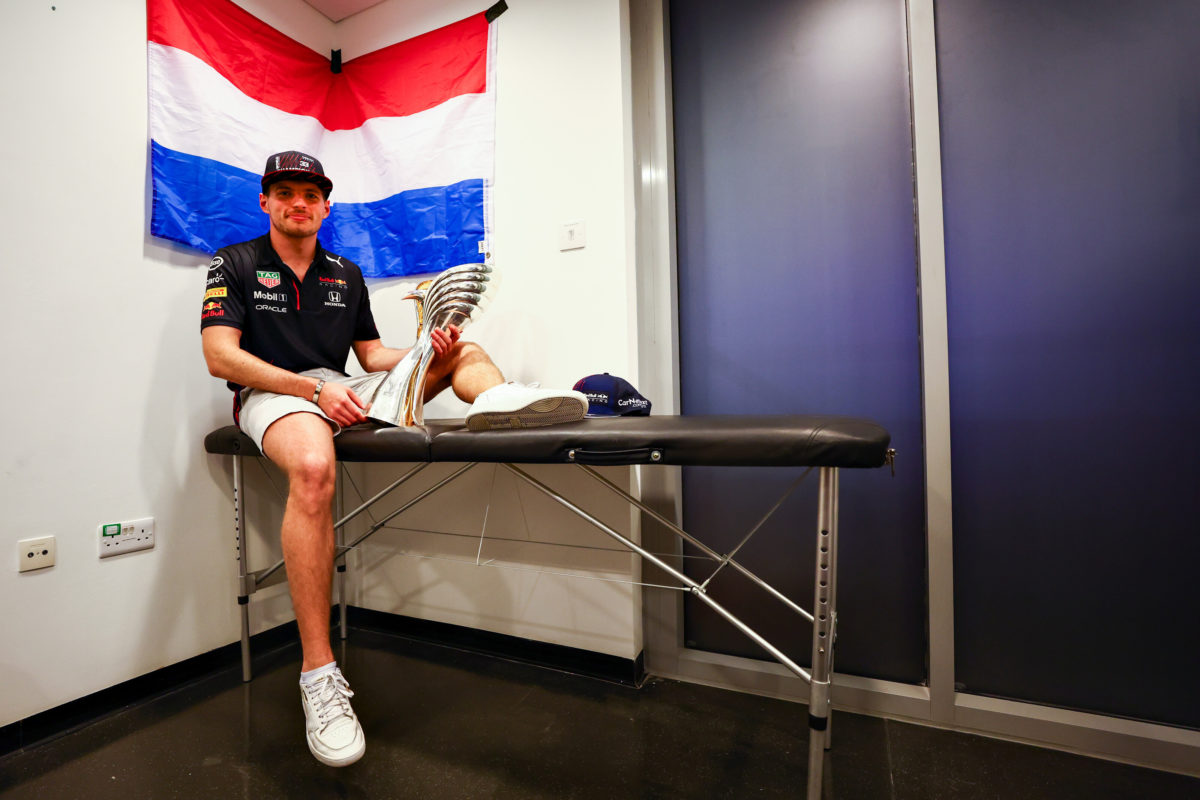 Max Verstappen has revealed he received a congratulatory text message from Mercedes’ Toto Wolff after sealing the 2021 world drivers’ championship.

Verstappen controversially won the title over Lewis Hamilton with a final lap pass in the Formula 1 Abu Dhabi Grand Prix.

Mercedes lodged two protests shortly after the race, both of which were dismissed, and has subsequently announced its intention to appeal the decision.

Amid that backdrop, Verstappen has revealed Wolff reached out in the hours following Sunday’s race.

“Toto sent me a text – congratulations on the season and that I deserved to win, that was very nice,” he told the BBC.

“Lewis is a great sportsman in general.”

The result of Sunday’s race saw Verstappen win his first championship and become the first Dutchman to take the drivers’ title.

Having celebrated with an all-night party following the race, the 24-year-old was aware of the disappointment Hamilton would be suffering.

The Brit had controlled the race throughout, holding a pace advantage during the key phases before the late Safety Car afforded Red Bull an opportunity to roll the strategic dice.

“Of course it helps if you have already seven titles,” said Verstappen of the emotions Hamilton would be experiencing.

“That comforts him a bit.

“I think if it was the other way around, it would have been more painful for me because I didn’t have one.

“Lewis came up to me and congratulated me. It must have been very tough in that last lap. It also shows the respect we have for each other.

“Of course we had our tough times through the season but we respect what we’re doing and we were pushing each other to the limit and it has been very enjoyable racing against him.”

It is that point Mercedes has challenged, citing Article 48.12 of the sporting regulations.

For now, an intent to appeal notice has been submitted, with the three-pointed-star having until the early hours of Friday morning (AEDT) to formally appeal.

“I think it’s [been] a part of the whole season – it’s been like that already a few times, with protests or whatever,” Verstappen said of the legal threat that remains hanging over his world title.

“It is what it is. That’s racing sometimes. For me, nothing really changed.

“We were still celebrating and we did win it on track. We didn’t do anything wrong. We just raced when there was a green light. That made it enjoyable for us.

“Lately we weren’t the quickest team anymore and I could see my lead getting smaller. It has been very hard.

“Last year some races didn’t feel like a workout but this year most of the races have been flat out between me and Lewis – it has been completely different physically,” he added.

“You could see some races when we jumped out of the car we were quite run down, but that’s how it should be.”

Verstappen is set to be presented with the world championship trophy at the FIA Prize Giving gala in Paris on Thursday, a day after Hamilton receives the knighthood which was announced as part of the Queen’s New Year Honours last December.