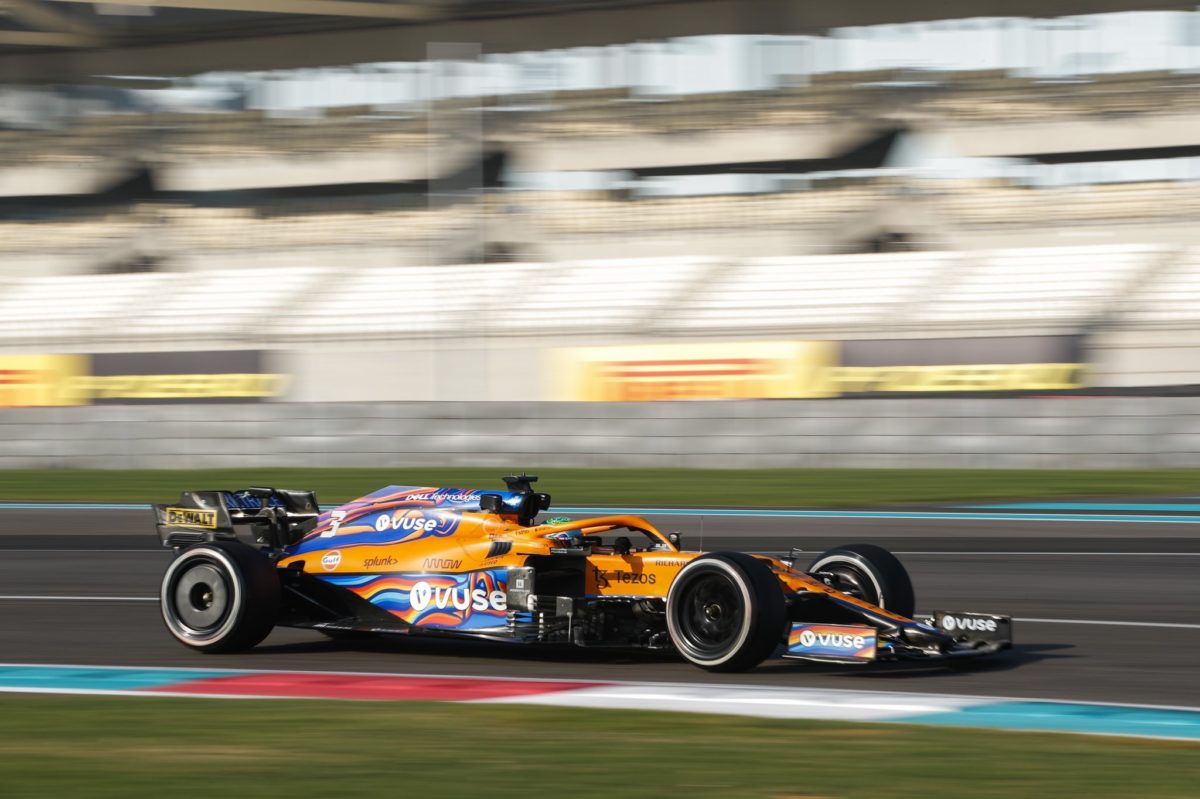 This week’s two-day Formula 1 tyre test is set to offer teams and drivers a useful insight into the rubber they’ll race on in 2022.

The Yas Marina circuit is halfway through hosting two days of running (Tuesday and Wednesday local time) to round out a 22-race 2021 campaign.

Both days will see teams running ‘mule’ cars adapted for the new 18-inch tyres, while the opening day also saw young drivers behind the wheel of teams’ most recent machinery.

Throughout the 2021 season, Pirelli enlisted the help of teams as they developed and tested the tyres set to be introduced next season.

That’s seen modifications to previous years’ cars in an effort to simulate the grip levels expected next season when radical new aerodynamic regulations come into force.

“You have this pretty much ideal situation that you have an entire race weekend with a known car on this track.

“Then you straightaway have as the next thing, under similar conditions with the same car only adapted to the 18-inch tyres, the 18-inch test.”

The German suggests it offers engineers an opportunity to gather data that can then be fed back into the team’s simulation tools as development work on next year’s car hits a critical phase.

McLaren has already had its 2022 chassis pass the mandatory FIA impact tests, as first reported by Speedcafe.com, with other components set to follow over the coming weeks.

“I think that’s the biggest benefit,” Seidl said of the data that the team is gathering.

“Then I would say also for the drivers is to get an initial impression on the 18-inch tyres, see if there’s any differences in how to prepare them for a lap.

“For instance, in terms of stiffness that they could feel, tyre temperature management and so on before then you get in a completely new car next year.”

Daniel Ricciardo opened proceedings for McLaren in the ‘mule’ car, while Pato O’Ward drove the MCL35M as the squad’s nominated young driver.

Lando Norris picks up the baton for the second day of testing on Wednesday.