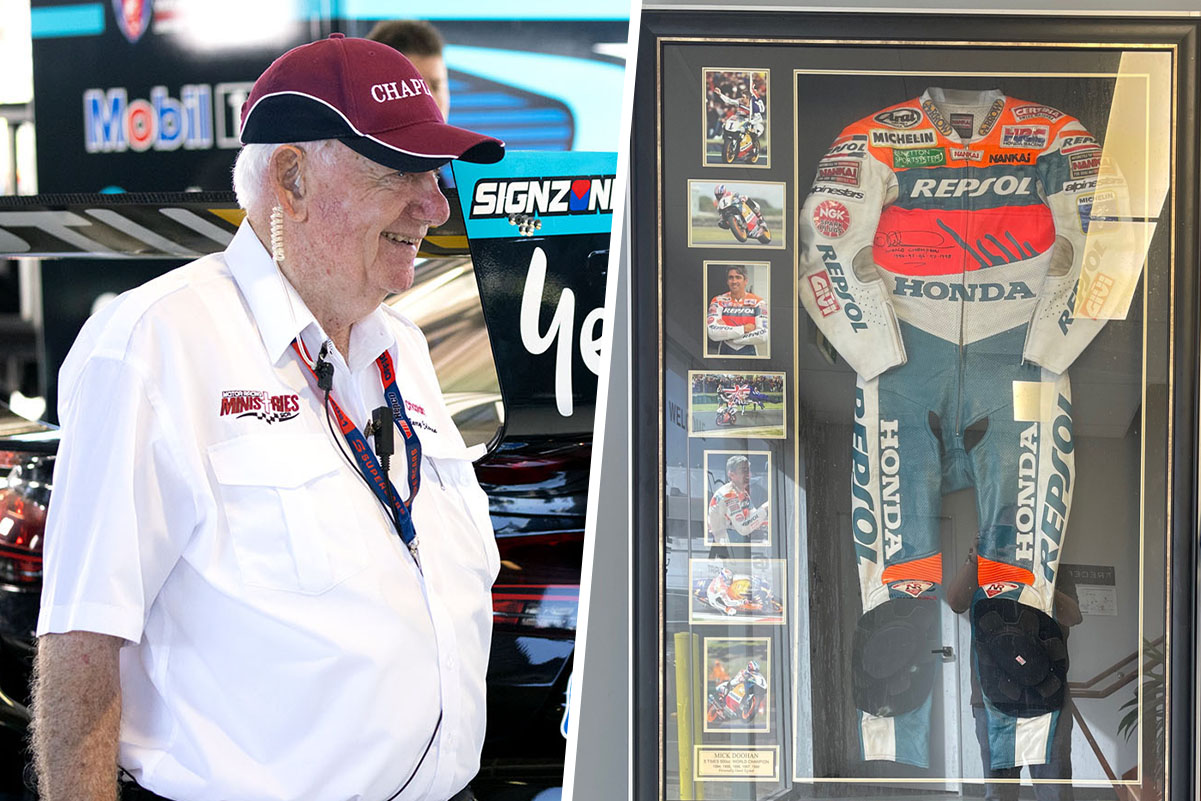 A Speedcafe.com Super Auction to raise funds for Motor Racing Ministries, presented by Lloyds Auctions, has raised in excess of $A50,000.

The auction was created as a tribute to retiring Supercars chaplain Garry Coleman who officiated at his last Supercars event at Bathurst on December 5.

Motor Racing Ministries has been the chosen charity of Speedcafe.com for a couple of years and in that time more than $A103,000 has now been raised through regular monthly auctions hosted by Lloyds.

The money will allow more than 50 chaplains around the country to continue their ongoing and mostly unrecognised work in the motorsport community.

Coleman, who was the founder of Motor Racing Ministries and who will continue as chaplain at Sydney Motorsport Park and the Sydney Speedway and as the charity’s national coordinator, was blown away by the result.

“I am simply blown away by interest this has received and the final amount raised.

“We cannot thank everyone enough for putting this together and donating the items that were up for sale.

“I have to personally thank Speedcafe.com and Lloyds Auctions for their ongoing commitment to Motor Racing Ministries and the work we do.

“This money will allow us to do so much more.”

Other big ticket items includes $A5800 for Lee Holdsworth’s WAU Bathurst 1000-winning suit, $A3700 for a DJR-Shell V-Power championship steering wheel signed by Scott McLaughlin, $A2700 for a Pirtek rugby league corporate experience and $A1200 for a frame race-used Will Brown boot from Erebus.

Speedcafe.com owner and founder, Brett “Crusher” Murray, was delighted with the result.

“When I saw the quality of the items coming in for the auction I thought $A50,000 was an achievable result and we got there,” said Murray.

“We have to thank all the teams, Speedcafe.com partners and individuals who made the effort to donate the items and our fantastic partners at Lloyds Auctions for their unwavering commitment and resources.

“The commitment of Lloyds means every cent of the $A50,704 raised will be going to Motor Racing Ministries and that all items are delivered to the new owners free of charge.

“Given the success of the Super Auction I cannot see why we can’t make it an annual event on top of our regular monthly auctions.

Those still wanting to pay tribute to Coleman and the work of Motor Racing Ministries can make a direct contribution HERE.

WHAT EVERY ITEM SOLD FOR