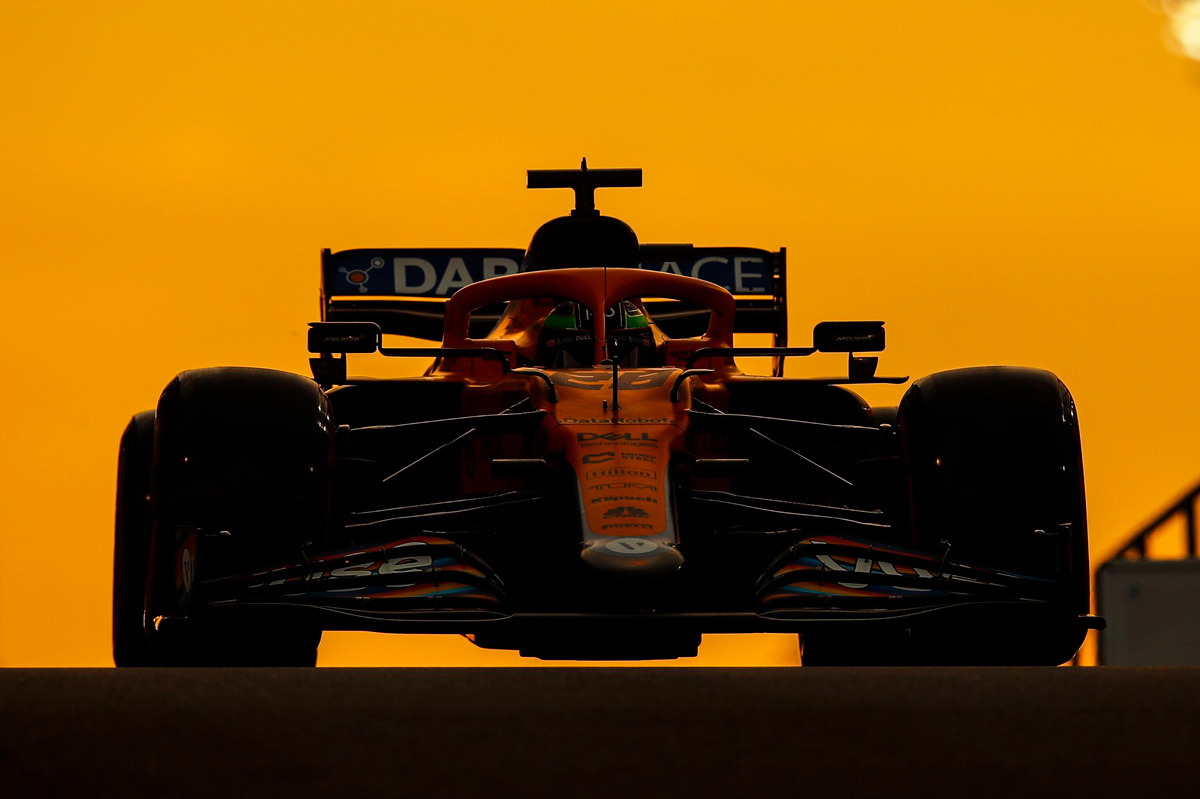 Pato O’Ward was barely able to contain his enthusiasm following his first taste of Formula 1 at the end-of-season test in Abu Dhabi.

The IndyCar race winner was rewarded for his efforts in the United States with the test outing with McLaren courtesy of a deal made with the squad’s CEO, Zak Brown.

O’Ward took to the Yas Marina circuit in an MCL35M in the same specification Daniel Ricciardo and Lando Norris had competed at last weekend’s Abu Dhabi Grand Prix.

“First of all, the opportunity is rare, once in a lifetime, but wow, these cars are ridiculous,” he said following Tuesday’s running.

“Just the first lap, as soon as I went out, I felt the power, the grip, the braking. I mean, the thing does whatever you want it to do.”

However, the Mexican was also frustrated that he wasn’t able to string a complete lap together.

“I’m a bit annoyed because I know I had a bit more pace than what I ended with, at least with the soft [tyre],” he said.

“I got a pretty solid one with mediums, which is the C4, but with the C5 I did three flyers on the set, but I did my best sectors with one lap, and the other lap [a] different sector, so I didn’t get one lap of putting everything together.

“I know it’ll just come with time and just knowing the car a bit more, and the tyre.”

Another contributing factor was the physicality of the car, with the 22-year-old admitted that his neck gave up as the day wore on.

“In the morning I got to a good point, but then we did some race running before I did all my runs in the end.

“And as soon as I put those softs on and we went through the fast corners, my head was about to…

“The issue was, for me, and I know where I lost some time, was in the corners where you’re limited by your neck strength.

“I knew it was going to be a problem, at least at the end of the day, because this is completely different.

“It’s nuts compared to anything else that is available to drive.

“My last few laps were definitely… I was like looking down, with my eyes up trying to see where I was going at 180 miles an hour.

He was though able to push the car to its limits in areas, though concedes to leaving performance on the table in parts.

“This is the best experience I’ve ever had in a race car in my life,” he said.

“I don’t think anything has come close to it in terms of driving – feeling what it’s capable of and feeling its limits, nothing comes close to this.

“The feeling, for example a very quick car like an IndyCar gives you is crazy, but then you get into this and just the way that it’s able to do everything so fast, and everything is so compressed, it’s like a video game.

“I have to say, to extract the last bit of it for sure it takes a lot more commitment into the car.

“I for sure didn’t get to the limit of it in certain areas, I did in others.

“It’s normal, it’ll take time to know what it’s capable of to really get it there and not go over the limit.

O’Ward is set to return Stateside where he will campaign for Arrow McLaren SP in the IndyCar Series next season.