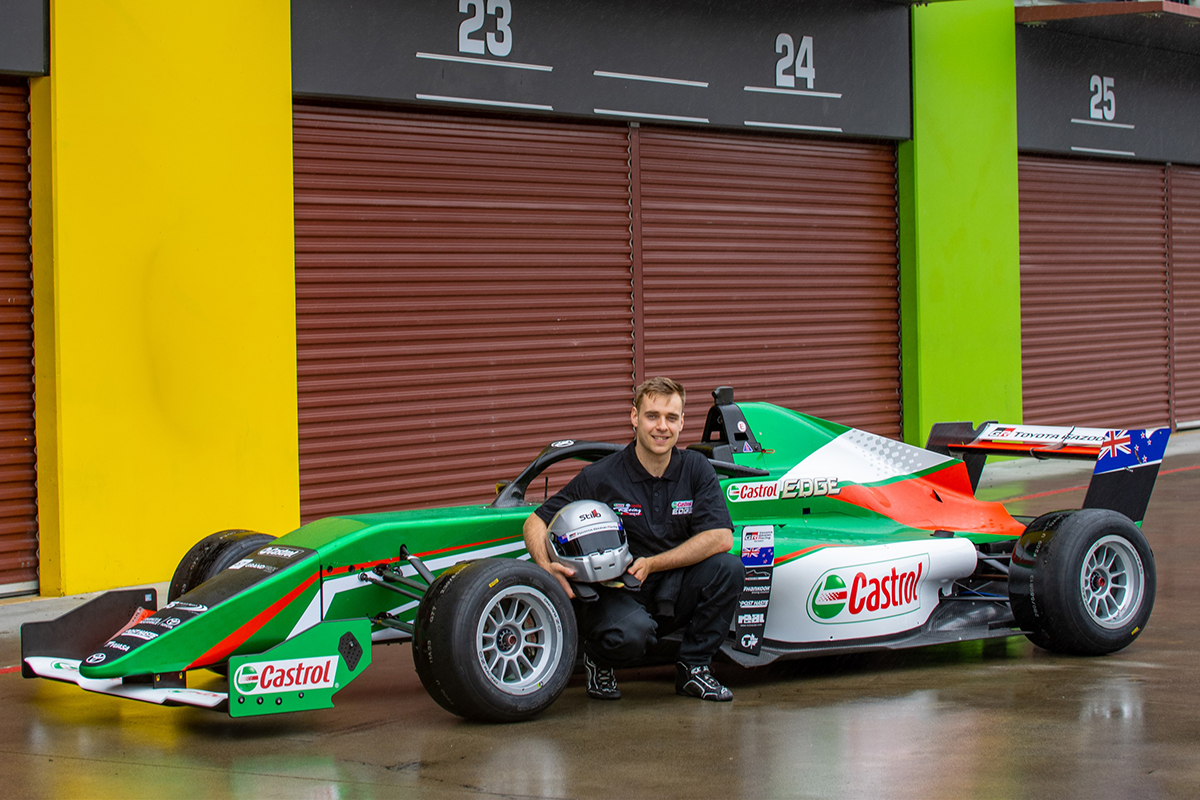 Earlier this year the oil company announced it would pick an up-and-coming Kiwi driver to represent the brand in the 67th running of the event.

An initial entry list of 66 was whittled down to just six with the finalists’ abilities evaluated on and off the track.

Callum Crawley was runner-up to Penrose and awarded $15,000 to go towards a drive in the crown jewel event.

“I knew – like all the drivers – that I had a shot at winning but it’s amazing to have actually been selected by Castrol to represent them in the Grand Prix,” said Penrose.

“They’ve gone the extra mile to make this happen and I am determined to deliver on the faith they have shown in me.

“When you see who was on the shortlist, let alone in the bigger 66 strong application list, I know that the opportunity could have easily gone to another driver such is the quality in that group.

“It’s very exciting for me to be the guy selected from that group to race in these iconic colours.

The Toyota FT-60 he’ll race was revealed today, dressed in the green, white, and red colours that have become synonymous with the brand.

For Castrol brand and product manager Jan Willink, landing on a winner from the final six was a challenge.

“In the final review of some phenomenally talented young drivers, James was just what we were looking for,” explained Willink.

“Picking a single winner from such a deserving field was a greater challenge than anticipated, but James’ authenticity and genuine ambition to take his career to the next level convinced us that we want to be part of that journey with him too.

“We now move to the next stage with James. He’ll be testing again and working with us as we build towards a reveal of the car livery for the GP. We cannot wait to see James out on the grid as the latest in a long and successful line of New Zealand drivers to carry Castrol colours.”