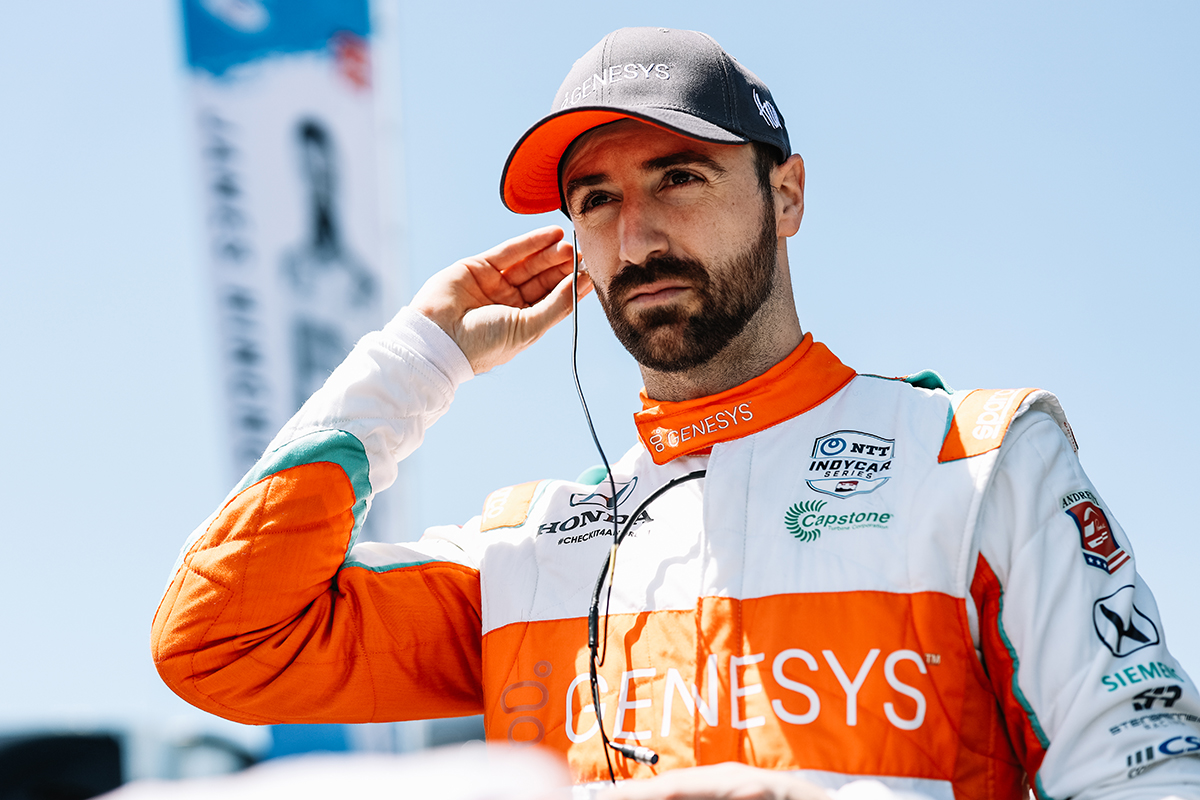 James Hinchcliffe has announced he will step away from full-time driving in the IndyCar Series indefinitely.

The silly season has been a moving feast this year, punctuated by the arrival of several rookies and movements of series veterans.

The Canadian was among a few to find themselves on the outer, replaced at Andretti Steinbrenner Autosport by countryman Devlin DeFrancesco.

In a post to social media, Hinchcliffe confirmed he would step away from full-time driving.

“In 2011 I realised a lifelong goal of becoming an IndyCar driver,” wrote Hinchcliffe.

“I remember almost every minute of the journey getting there. There were many ups, and many downs.

“Through all the challenges and uncertainty there were two constants; my unabated desire to make it to IndyCar and my family’s unwavering support.

“In the 11 years that followed I lived out my dream in a way that a nine-year-old kid, sitting in a kart for the first time, could never have imagined.

“With a decade plus of incredible memories in the bank, I am happy to announce I am stepping away from full time IndyCar competition.

“This was not a decision taken lightly, and it was one made with the full support of my family and closest supporters.

“There were many factors, both personal and professional, that led me to this decision, but it truly felt like the time is right.”

While Hinchcliffe has called time on racing full-time in the IndyCar Series, the 35-year-old said he’s looking forward to sampling other forms of motorsport.

“This is by no means a retirement from racing! If anything, this decision has freed me up to dip my toes into other forms of motorsport and explore other interests and opportunities,” he added.

“More on that coming soon!”

Hinchcliffe made his IndyCar Series debut in 2011 with Newman Haas Racing before joining Andretti Autosport a year later.

His first win came in 2013 at the season-opener on the streets of St Petersburg.

After joining Schmidt Peterson Motorsports in 2015, Hinchcliffe famously crashed in practice for the Indianapolis 500, resulting in a wishbone piercing his legs.

He would survive the life-threatening crash and return to racing in 2016 with the same team, taking pole position for that year’s Indianapolis 500.

With the arrival of McLaren to the Schmidt Peterson fold, Hinchcliffe was cast aside for 2020 and found himself back at Andretti Autosport, albeit, racing part-time.

That would be enough to earn him a full-time return in 2021 with Andretti Steinbrenner Autosport.

However, it was a lacklustre campaign, netting one podium in a season where he otherwise didn’t crack the top 10.

What’s next for the six-time IndyCar Series race winner remains unclear, although he has been linked to a role in the category’s broadcast.