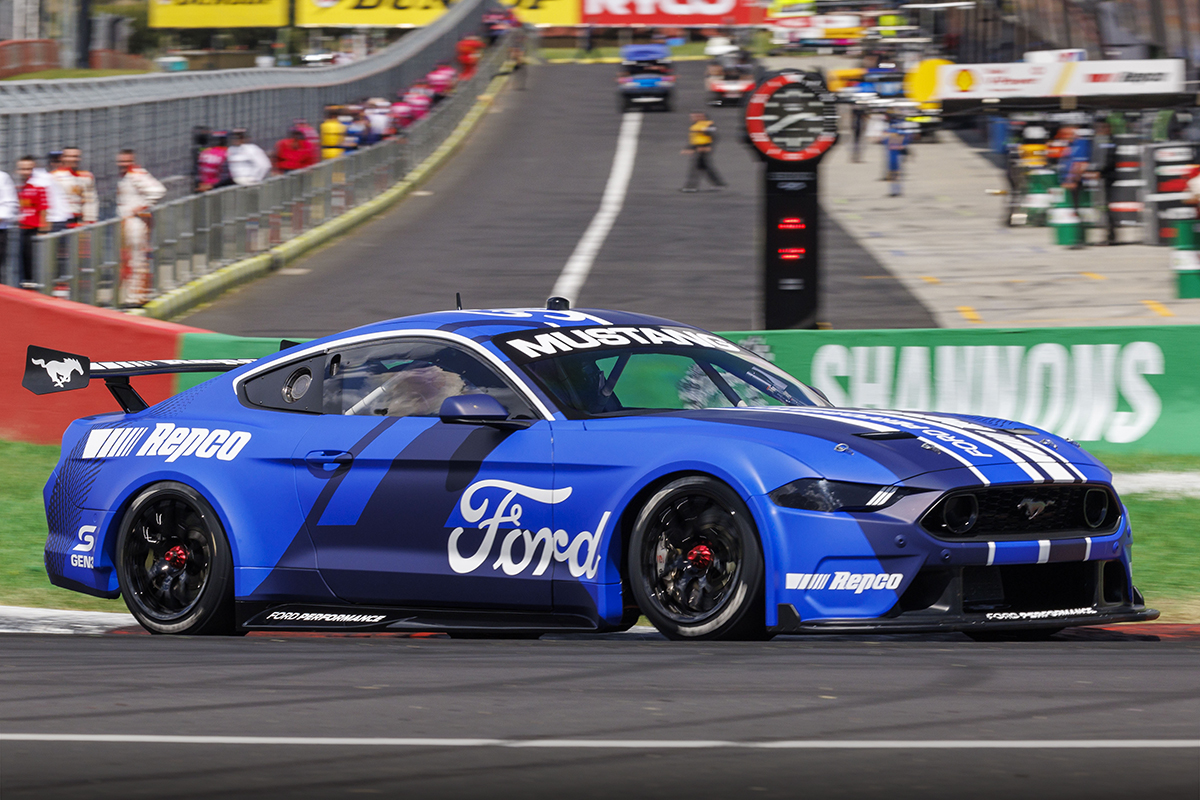 At this year’s Bathurst 1000 the category’s next-generation touring cars were revealed from Ford and Chevrolet.

During on-track demonstrations, the 5.4-litre Coyote V8-powered Mustang ran without a muffler, unlike its Camaro counterpart.

The roar of the Ford prototype particularly drew a positive response from drivers and fans alike.

“The Mustang GT Gen3 Supercar has a Ford production based Coyote engine that has a really unique sound, and we wanted the fans at Mount Panorama to experience just how good that engine sounds as Gen3 was unveiled,” Ford Performance Motorsports global director Mark Rushbrook explained to Speedcafe.com.

“We think it sounds awesome, and fan feedback tells us that they thought the same. Feedback has been overwhelmingly positive.”

While Rushbrook wouldn’t go as far as confirming plans to homologate the car without a muffler, Speedcafe.com understands that’s a consideration for 2023, pending Supercars’ approval.

Although said to be certainly no louder than the S5000 open-wheelers, the new Mustang Supercars might not be muffler-less at all events owing to noise restrictions from circuit to circuit.

“We’ve got lots of testing to do across 2022 for Gen3, so we’re far from having finalised regulations for the 2023 season,” Rushbrook added.

“We will work collaboratively with Supercars and GM to ensure that we get the best result for the sport and the fans.”

Team 18 driver Scott Pye, whose team is committed to the Camaro for Gen3, noted the noise of the Mustang at this year’s Great Race.

“I actually went out to pit wall, I heard them coming first and I had to have a look for my own eyes,” Pye said at the time.

“But I think they look really tough, really cool. The Mustang is maybe a little bit too loud today, but the Camaro looks extremely tough.

“It looks pretty sleek as well, so I can’t wait to get my hands on one.”

The next-gen Ford Mustang and Chevrolet Camaro will begin racing in the Supercars Championship come 2023, with the former taking on the new S650 body shape by that point.