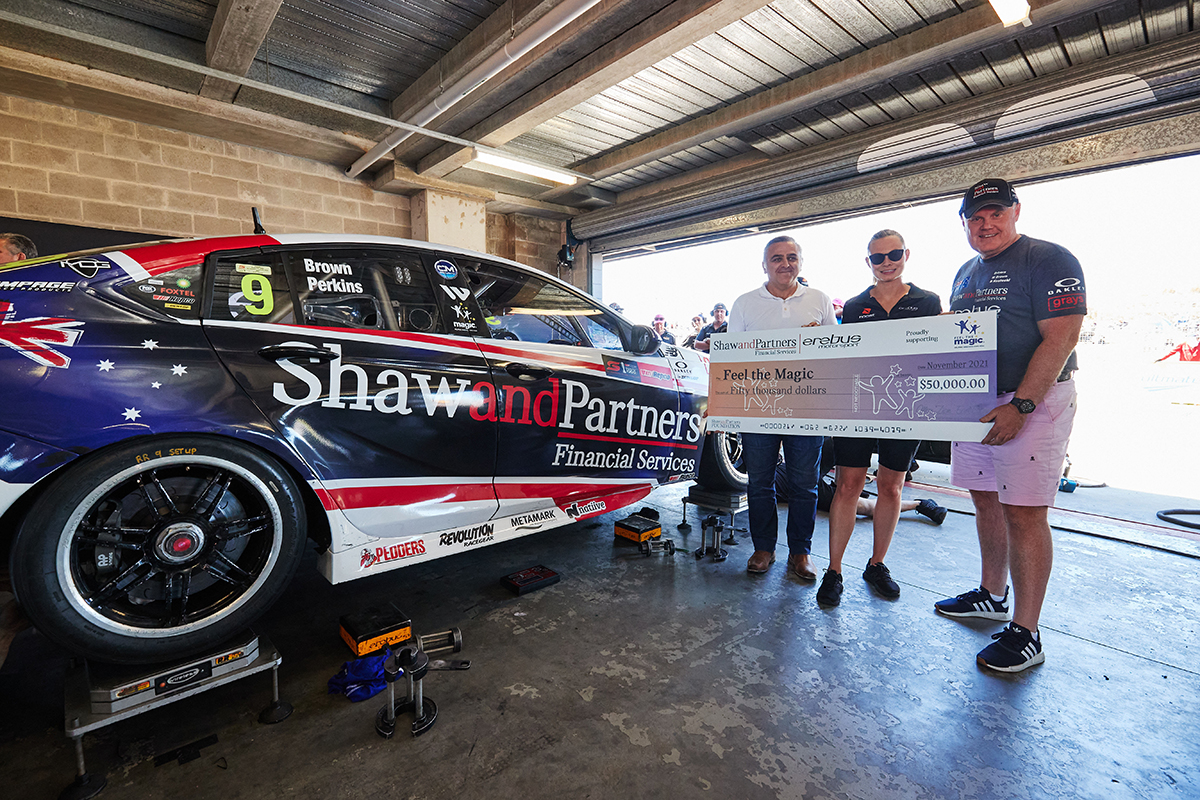 Erebus Motorsport’s results at the Bathurst 1000 paid dividends for charity organisation Feel The Magic, which received $75,000 courtesy of Shaw and Partners.

The corporate advisory group pledged to donate $25,000 for each car that made it into the Top 10 Shootout and finished inside the top 10 in the Great Race.

Both the #9 and #99 entries would make it into the shootout with the latter going on to finish third in the hands of Brodie Kostecki and David Russell.

“At Shaw and Partners, it’s really important for us to be able to give back to the community and support the hard work of Australian charities,” said co-CEO Earl Evans

“We’re so proud to be able to donate $75,000 to Feel the Magic after the incredible performance put on by Erebus across the Bathurst weekend.

“We understand the difference a donation of this size will make to those involved with Feel the Magic and it’s a great feeling.”

Feel the Magic CEO Adam Blatch added: “We are so thankful to have been given the amazing opportunity to work with Erebus and Shaw and Partners.

“Shaw and Partners $75,000 donation to Feel the Magic is just extraordinary and will fund a full Camp Magic programme in 2022 – that’s 50 kids through our signature program that has the most significant impact on changing the way kids live with their grief.”

Feel the Magic is a not-for-profit organisation providing early intervention grief education programmes for children aged seven to 17 years old who have experienced the loss of a parent, guardian, or sibling.