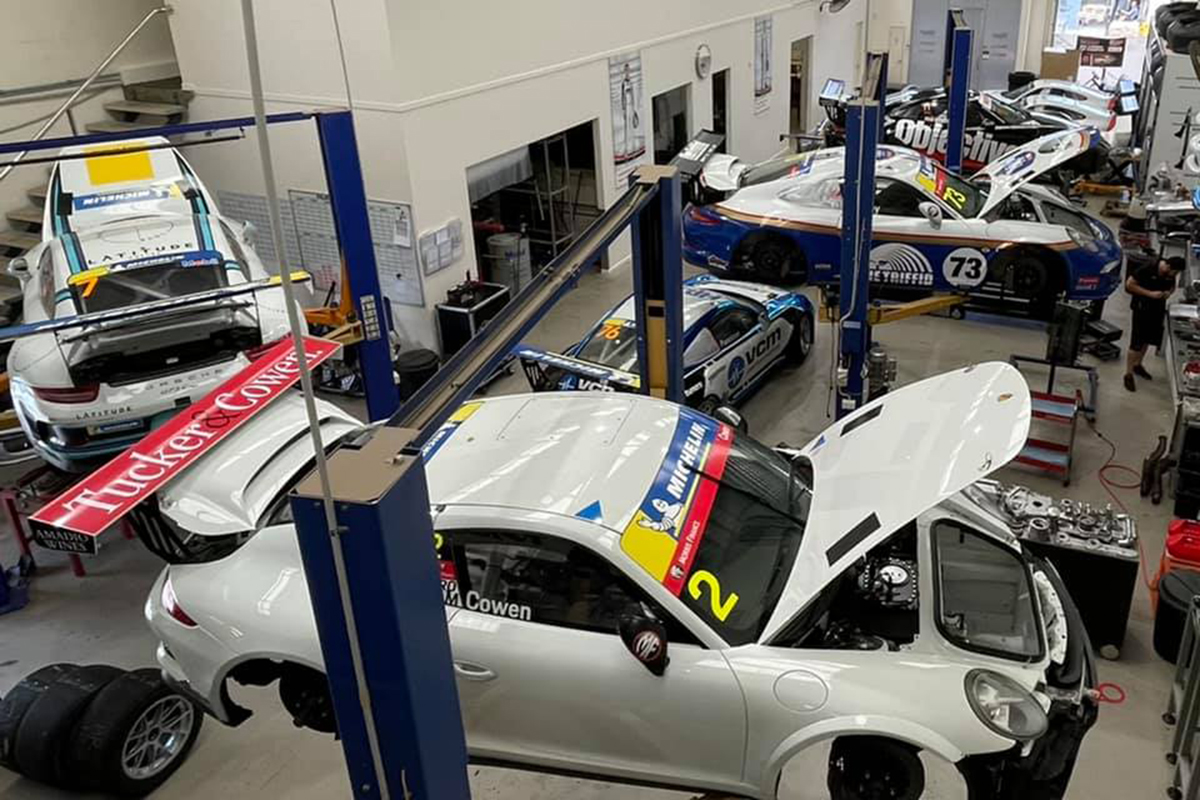 It would not be much of a stretch to suggest that McElrea Racing is one of the world’s leading Porsche-focused race teams.

Based on the Gold Coast, the operation is a force to contend with in both Porsche Carrera Cup Australia, and Porsche Sprint Challenge.

Having played a key role in developing the likes of Matt Campbell and Jaxon Evans, it is now on the hunt for a race mechanic that can also grow with the team.

“We’re looking for a mechanic in the earlier part of his career, preferably with a little bit of race experience, but it’s not a necessity,” said Andy McElrea, the man at the helm of the team which bears his name.

“A guy that would be a Number 2-spec mechanic initially, and then within a year we would want to have him equipped and ready to be Number 1.”

McElrea knows what he’s talking about, having started life as a mechanic himself before developing his team into the powerhouse it is today with the help of key staff, such as chief engineer Leigh Geyer.

He understands the pressures of travelling with the job, and working at the factory and on test days, responsibilities the newly appointed mechanic will be faced with.

It’s one of the perks of working in motorsport, coupled with the advantages offered by the team’s base on South-East Queensland.

“First thing, which we can’t take the credit for is the weather and lifestyle have got to be a massive bonus to anyone looking for a race job,” McElrea quipped with regards to the advantages of working for his team.

“You still get to travel, but you’re based in in a far more enjoyable climate.

“But in terms of the role, I think some of the systems and policies and procedures and things that we have internally here would set a young mechanic up for a long and successful career in the industry.

“With we’ve got some pretty good role models here – everyone except myself,” he joked.

“I think it’d be a good gig for a young guy that’s serious about progressing in the industry.”

McElrea is looking for a mechanic who has some basic qualifications but is now looking to further his career.

“You’d want to have completed your apprenticeship,” he said of his ideal candidate.

“Preferably be one or two years out of that or been through the TAFE for motorsport programme.

“But mainly being someone who’s conscientious and loves attention to detail.”

It’s on those traits that McElrea has cultivated success over the years, establishing itself as one of the leading Porsche operations in Australia.

With the success of Campbell and Evans, one can mount a fair argument to suggest McElrea Racing is one of the world’s leading Porsche teams.

“We’ve been doing a pretty solid job with that; clearly everyone knows Matt Campbell’s and Jaxon Evans’ success in Carrera Cup and then the [Porsche] Shootout, and then in the Porsche factory team.

“But that since that, young Cooper Murray has deserved to win the 2020 championship had it not been stopped early.

“This year, in Carrera Cup, Cooper was second in the championship, Harri [Jones] was third in the Carrera Cup Championship.

“We had four drivers in the top three in both championships,” he added.

“So really happy with the development of the of the kids we’ve got coming through and next year is going to be much the same.”

Indeed, it’s an exciting time to enter the Porsche world, with the Australian arrival of the latest iteration of the Porsche GT3 Carrera Cup car, the 992.

Joining McElrea Racing then offers the opportunity to play with the latest toys from Stuttgart within a world class operation with a history of strong results, with an appetite for assisting young talent.

If this sounds like you, check out more details about McElrea Racing’s race mechanic role in the link below.

CLICK HERE to apply at McElrea Racing as race mechanic.