Liam Lawson has made a positive first impression during his Formula 1 test debut for AlphaTauri.

The 19-year-old Kiwi wound up second on the timesheets on the opening day of post-season action at Abu Dhabi having completed 125 laps.

Lawson described the outing as a lifelong dream.

“What an amazing day, it’s incredible how unbelievably fast these cars are,” he said.

“I’ve obviously driven in the simulator before and when I’m there I always think that there’s no way that the car can actually be that quick in real life, but it really is.

“I was definitely nervous pulling out of the garage for the first time, I tried not to show it, but I definitely felt it.

“It took me a little while to get to full throttle but when I did I thought ‘holy moly that’s a lot of power!’

“The biggest difference is just the downforce, there’s significantly more than anything I’m used to… I really didn’t want to get out of the car today, it’s been amazing to get my first taste of F1.”

Lawson endured an up-and-down Formula 2 campaign for Hitech Grand Prix, winning the opening sprint race of the season before sliding to ninth in the final standings.

His efforts out on-track at Yas Marina have seemingly done his reputation no harm in the eyes of key AlphaTauri personnel. 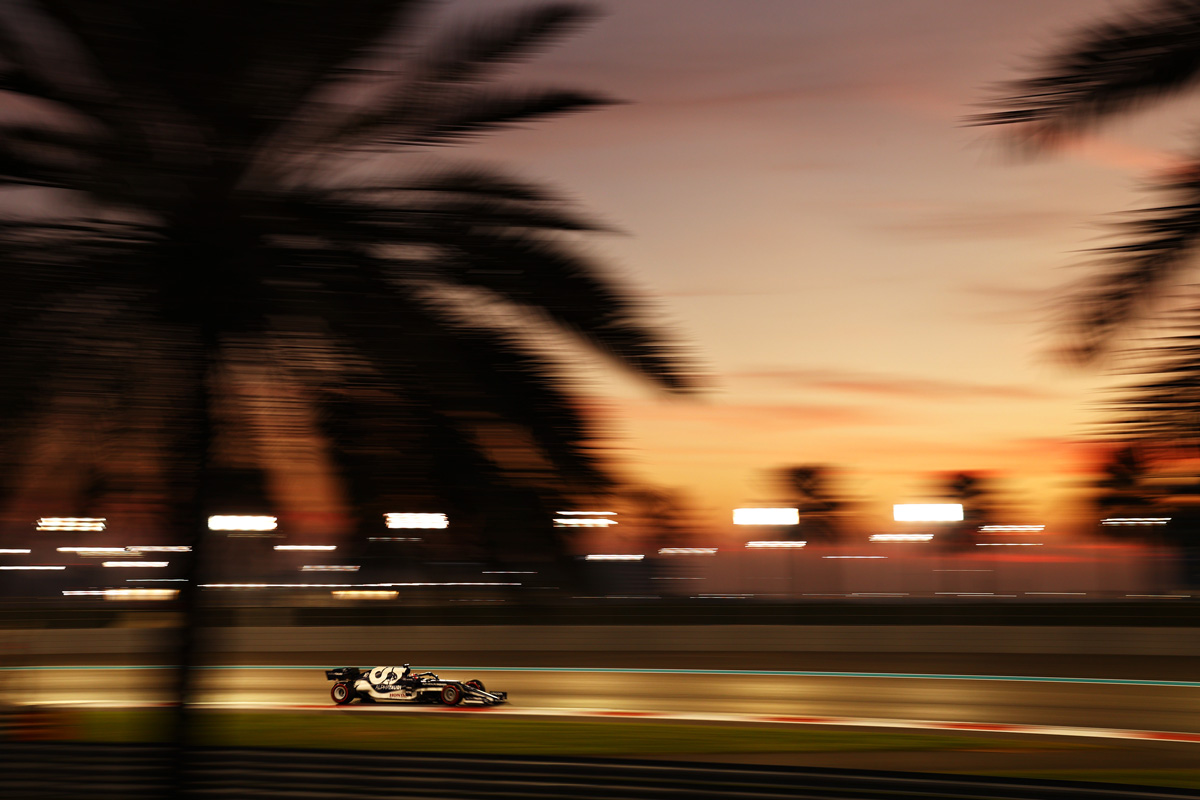 Lawson out on track

“I must say he did a very good job, finishing 125 laps without any issues and his lap time was very competitive,” said team principal Franz Tost.

“He gave us good feedback throughout the day, we ran a lot of different set-ups with him and have gathered lots of really strong data.

“This will help us further with the general understanding of the car, whilst we have a new car next year, all the data collected today will nevertheless help us in 2022.

The team’s chief race engineer Jonathan Eddolls was impressed by how quickly Lawson got up to speed.

“Tyres are an important part of Formula 1, especially managing them over a race stint but also a single timed lap, so we exposed Liam to a variety of tyre status, run types and fuel loads,” said Eddolls.

“By the end of the day, he was able to manage and manipulate the temperatures to achieve the optimum lap time.

“It was a pleasure working with him and we can already see from this short working relationship that he has great potential and will have a very bright future in motorsport.”

Having finished sixth in the 2021 F1 constructors’ championship, AlphaTauri will take an unchanged driver line-up of Pierre Gasly and Yuki Tsunoda into next season.