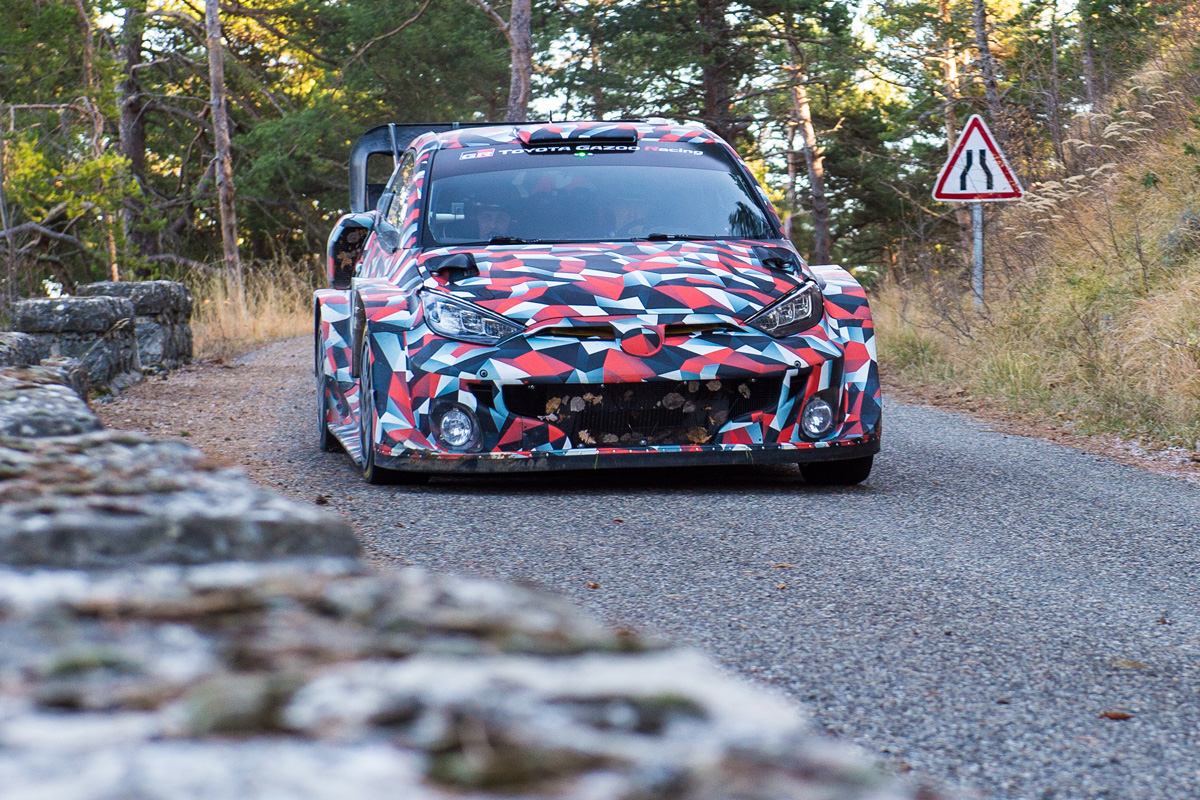 Sebastien Ogier behind the wheel of Toyota’s new challenger

Toyota Gazoo Racing has admitted it ran a ploy to toy with its World Rally Championship rivals during testing for the new-for-2022 regulations.

Next season will see hybrid-powered Rally1 cars introduced as part of sweeping changes.

Toyota technical director Tom Fowler has revealed there was a very deliberate plan behind rolling out various different looks for its GR Yaris prototype in previous months.

“You will have seen various body styles through the testing,” Fowler told the official WRC website.

“None of these body styles which you have seen before the one which has been displayed this week were ever intended to be used in rally.

“They were always things for Hyundai and Ford to take pictures of and spend time analysing.

“It is the same thing as we did in 2015 and 2018 when everyone said everything was wrong and illegal.

“So our main target with the bodywork through this year has been to make other people put as much energy as possible into trying to understand what they are.

“There may be now and again during this week’s test some different items on and off for various reasons, but effectively the base bodywork is the homologated version we have submitted to the FIA.”

Fowler did however confirm the specification tested by Sebastien Ogier last weekend in the French Alps will be what is used in the 2022 season-opening Rallye Monte-Carlo next month.

“We have put it all on the line and we’re ready to go,” he said.

“Our specification for Monte-Carlo, down to the last few driver-related details, is fixed and we are building the cars here at the moment for Monte-Carlo.

“The workshop is incredibly busy at the moment with lots of people here in Finland preparing the first rally cars.

“We have done our homologation inspection with the FIA last week and we’re just making some final touches to paperwork with the FIA, but this is all going smoothly.”

Toyota won both the drivers’ and manufacturers’ championship in 2021, the former coming courtesy of Ogier.

Now an eight-time world champion, Ogier will scale back his programme next season to part-time status, sharing a car with Esapekka Lappi. Elfyn Evans and Kalle Rovanpera will stay on in full-time capacities.