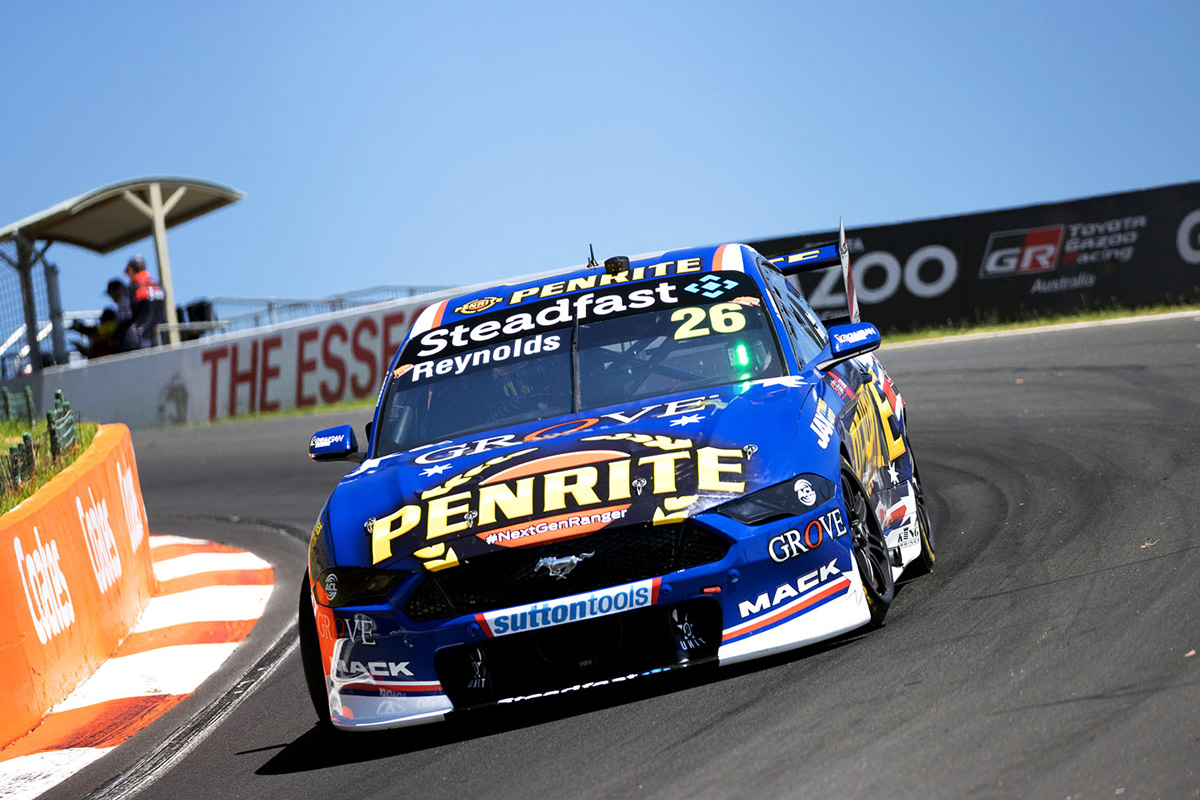 Luke Youlden behind the wheel of the #26 Penrite Mustang at Mount Panorama. Picture: Ross Gibb

Grove Racing could use a spare test day it has saved to help determine its 2022 Repco Supercars Championship driver line-up.

The Ford squad previously known as Kelly Racing still has one allocated test day up its sleeve, having withdrawn from running mid-week at Sydney Motorsport Park on November 16.

While many used that as an opportunity to shore up preparations for the recent Bathurst 1000, the Groves may take a longer-term approach if they can fit a test into their schedule.

It’s understood the team had at one stage been considering heading to Winton Motor Raceway today to hit the track.

Kiwi teen Matt Payne has been heavily linked to a Supercars seat with Grove Racing, although it seems more and more likely that he won’t be promoted just yet.

Payne had an up-and-down time of it in his first two Dunlop Super2 Series rounds in the past month at Sydney Motorsport Park and Mount Panorama, showing superb speed but getting involved in various incidents in races.

A number of names have been floated as possibilities to end up as David Reynolds’ 2022 team-mate, as Andre Heimgartner switches to Brad Jones Racing.

Lee Holdsworth has been a popular option among fans following his winning Bathurst 1000 co-drive alongside Chaz Mostert nine days ago.

Zane Goddard is a young, talented free agent, while talk in the industry is growing that current Team Sydney driver Fabian Coulthard could be a surprise contender to pop up in a Grove Racing Mustang.

Being that they hold the supposed last available seat for 2022, team owner Stephen Grove is willing to take his time in making a decision.

“It gives you the ability to be able to find the right person,” Grove told Speedcafe.com.

“That’s probably the key; for us, it’s about finding the right person to sit in the car.

“Matt is a long-time project for us and it’s just now working out with him what his calendar looks like.

“From 12 Hour, we want to get him in the car as much as we can, look at maybe the [Castrol] Toyota [Racing] Series again next year as well before the Supercars season starts.

“So there’s a whole heap of stuff that we’re going to continually get miles into Matt, develop him. We just haven’t determined what that programme is to date.”

Of their remaining test day, Grove added: “It certainly gives us a day. Whether we use it, again, is still to be determined.

“The main focus for us was obviously to do the best job we could at Bathurst and now we’re starting to say, right, we’re switching to rebuilding and it’s something that Grove Racing needs to work out, what the strategy going forward is.”

With another full season using Gen2 machinery to come, the development push at Braeside will continue.

“We have probably identified some areas that we need to work on and now we need to build some parts and try to get the car better,” said Grove.

In its final campaign with Kelly family ownership, Kelly Grove Racing took victory once this year via Heimgartner at The Bend en route to eighth in the 2021 teams’ championship.