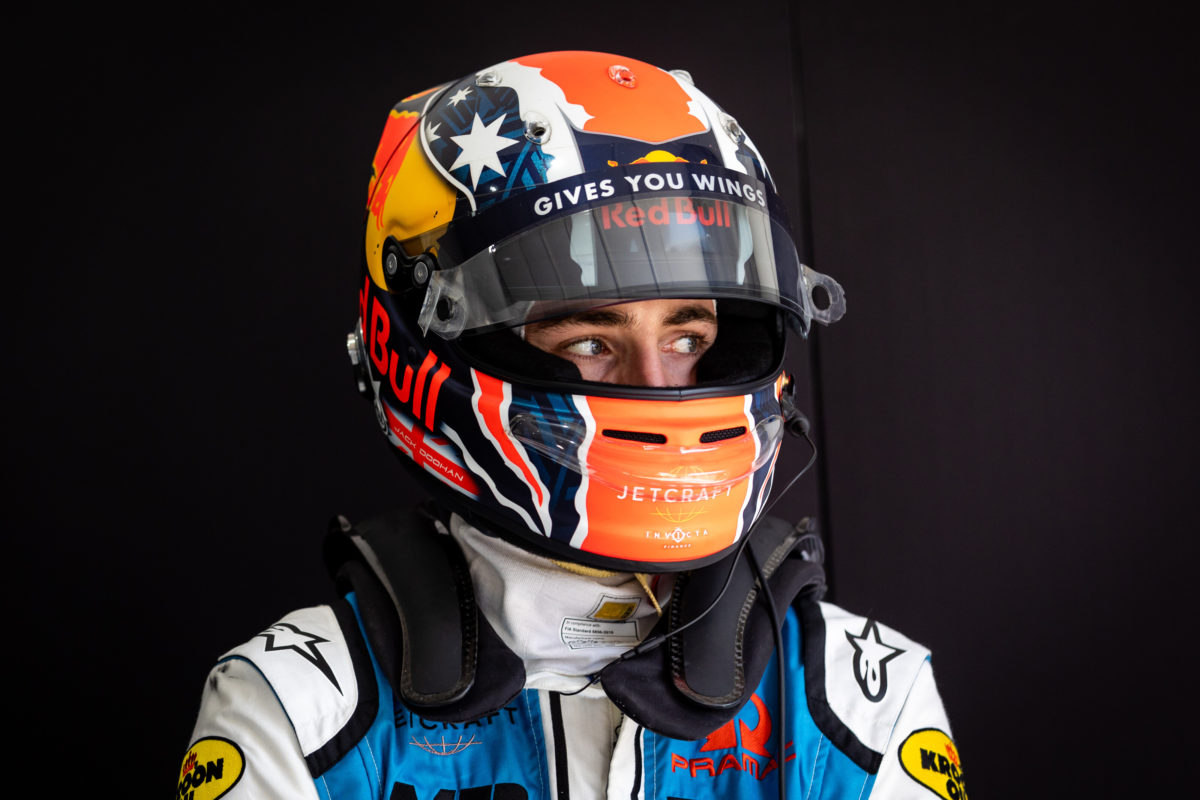 Australia will remain represented on the FIA Formula 2 grid in 2022 following confirmation that Jack Doohan will join UNI-Virtuosi Racing.

Doohan made two cameo appearances at the tail end of the 2021 campaign for MP Motorsport, after finishing runner-up in the FIA Formula 3 Championship.

Speaking with Speedcafe.com after the final round of the F3 season, the 18-year-old confirmed he was in discussions regarding an F2 berth.

That has now been set in stone and will see him join the squad which sported Guanyu Zhou and Felipe Drugovich throughout 2021.

“Very pleased and excited to join forces with Virtuosi Racing for our 2022 Formula 2 campaign,” Doohan said.

“I’m looking forward to continuing the team’s success and getting to work with the team in post-season testing this coming week!”

Doohan won four races in a strong Formula 3 campaign, only losing out to Dennis Hauger in the final standings.

He’ll be joined at UNI-Virtuosi by Marino Sato, who has previously taken part in the Formula 1 Young Driver Test for AlphaTauri.

“We are very pleased to announce Jack Doohan and Marino Sato for the 2022 FIA Formula 2 season,” the team announced.

“Marino joins the team with a solid foundation of Formula 2 experience and Jack arrives as no stranger to success being the current FIA F3 vice-champion.

“We are excited to get started in post-season tests later this week and looking forward to the season ahead together.”