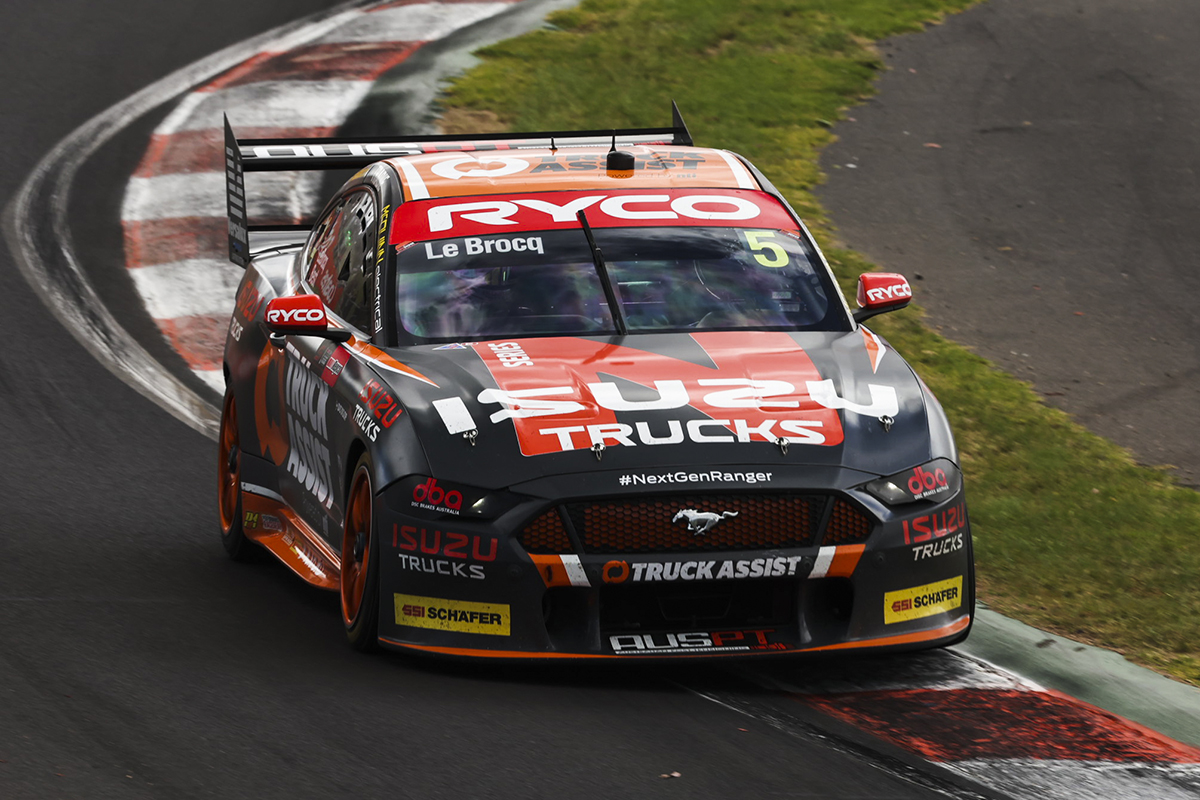 Zak Best says he validated Tickford Racing’s decision to draft him into the team in place of Alex Premat at this year’s Bathurst 1000.

Best was a late substitution after travel complications made Premat’s long-awaited return Down Under infeasible.

Best acquitted himself well across the four-day event, setting the eighth fastest time in both additional drivers practice sessions.

Despite having front-running pace, double-stacking behind the #3 CoolDrive Racing entry of Tim Slade and Tim Blanchard would twice cost Best and Le Brocq valuable track position.

“Driving Car #5 was a great experience and I just loved working with Jack and his engineer Sam Scaffidi. I learnt a lot and just being on pace was a bonus really.

“To get my first Bathurst 1000 under my belt, I learnt just how hard the race is to win. It’s a lot more than just being fast, that’s for sure.

“It just sucks we had to double-stack a couple of times and we had some pit stop dramas. Other than that, it was a good weekend.

“It proves Tim [Edwards, CEO] and Rod [Nash, co-owner] right with their decision to put me in the car really. It definitely helps but I’ve just got to keep doing a good job any time I’m in the car.

“Against other co-drivers, I think I did well.”

Best wound up second in the Super2 Series behind Feeney, winning a race on the streets of Townsville.

The Benalla-born driver said his 2021 campaign will give him the footing he needs to work towards the Supercars Championship in years to come.

“It’s definitely been a good year, that’s for sure,” said Best.

“To get second, I didn’t have any expectations going in, so it’s a great result for the whole team.

“Considering where I was at the start of this year and the end of last year, I’ve made some good gains and can hopefully build on them next year. I’ll do the best I can then see what happens.

“Obviously we’d like to be there in the next few years when you see guys like Broc who I’ve raced against in Super3 and Super2 and he’s in [Supercars] next year.

“Thomas [Randle], Will [Brown], and Brodie [Kostecki], I raced them last year. I just feel like it’s not too far away. I’ve just got to keep working at it.”