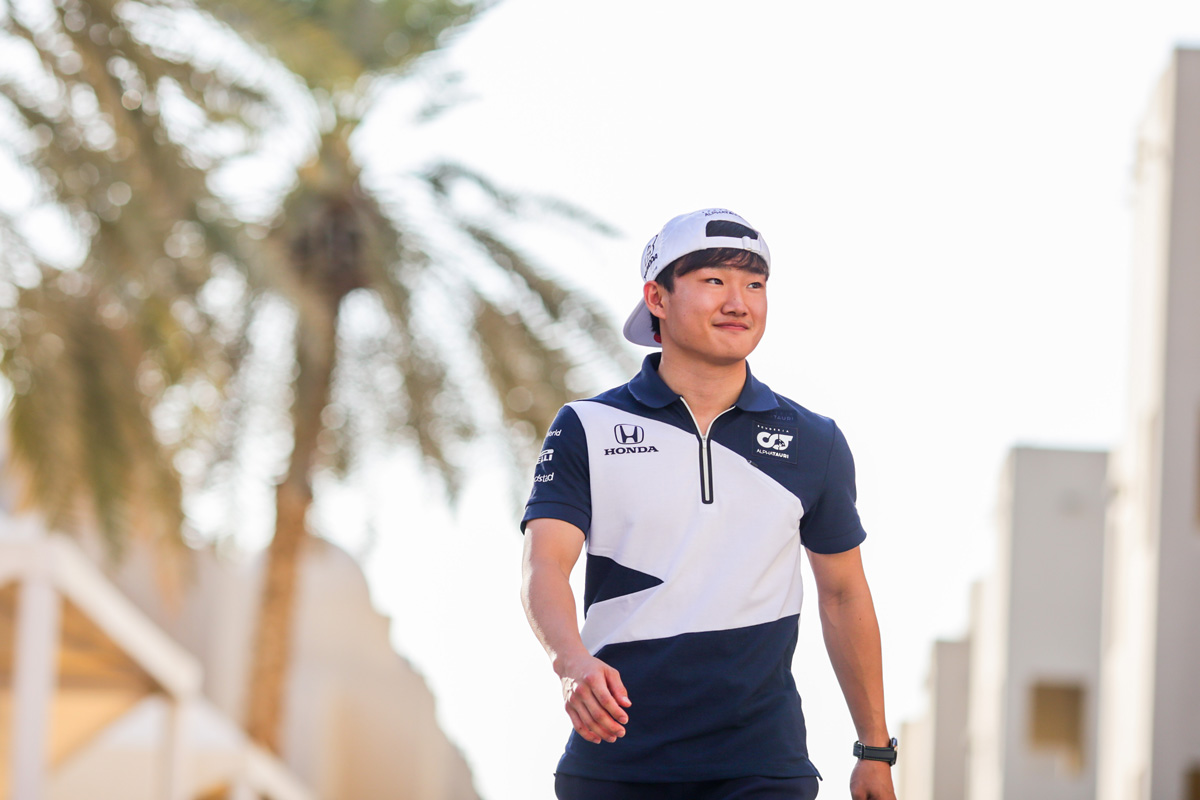 Yuki Tsunoda has relished a strong finish to his maiden Formula 1 season, clinching his first ever top five result at the Abu Dhabi Grand Prix.

Even if the standings mightn’t show it, the Japanese rookie made strong progress over the course of the season, particularly in qualifying.

In his first 15 events, Tsunoda made it to Q3 on just three occasions and was knocked out in Q1 eight times.

By contrast, he made it into Q3 at six of the season’s final seven grands prix, including outqualifying and outracing star AlphaTauri team-mate Pierre Gasly at the Abu Dhabi finale.

There, Tsunoda rose from eighth on the grid to finish fourth, while Gasly improved from 12th to fifth to complete a strong evening for the Faenza outfit as its sister Red Bull squad won the drivers’ championship via Max Verstappen.

“I’m so happy, what an incredible result to end the season with,” said Tsunoda.

“I think overall this weekend the car has been really strong, I didn’t expect the race pace to be quite as good but in the end it has been a great day.

“It’s amazing to be finishing the season on such a high, it’s been a long journey getting back to this point, but I’ve really rebuilt my confidence and it’s great heading into the off-season with this incredible result.”

Added AlphaTauri technical director Jody Egginton: “Yuki has put together his best weekend of the season, delivering a very strong performance to secure a fourth-place finish.

“Pierre has shown his skill and composure with a good recovery from a difficult qualifying to bring his car home fifth, adding further points to what is the highest points tally ever scored by the team.”

Even still, AlphaTauri couldn’t run down Alpine for fifth in the constructors’ championship.

Like his team, Gasly mustered a career-high points tally this season, ending up five points behind eighth-placed Daniel Ricciardo after his comeback drive at Yas Marina.

“I’m extremely happy to finish in P5 today, it’s the best way to end this year,” said the Frenchman.

“It’s been an incredible season, the most successful for us as a team in 15 years, we’ve scored a lot of points and there have been many highlights.

“We’ve focused on ourselves every single race and I think we’ve performed well this season, so I’m really proud of everyone. I’m really pleased for Max, we grew up racing together, we knew he would have been World Champion one day and he did it today.

“It’s well deserved and I’m also happy for Honda, after all the years of hard work they’ve managed to get this Championship in their final year.”

Gasly and Tsunoda will make for an unchanged AlphaTauri line-up in 2022.