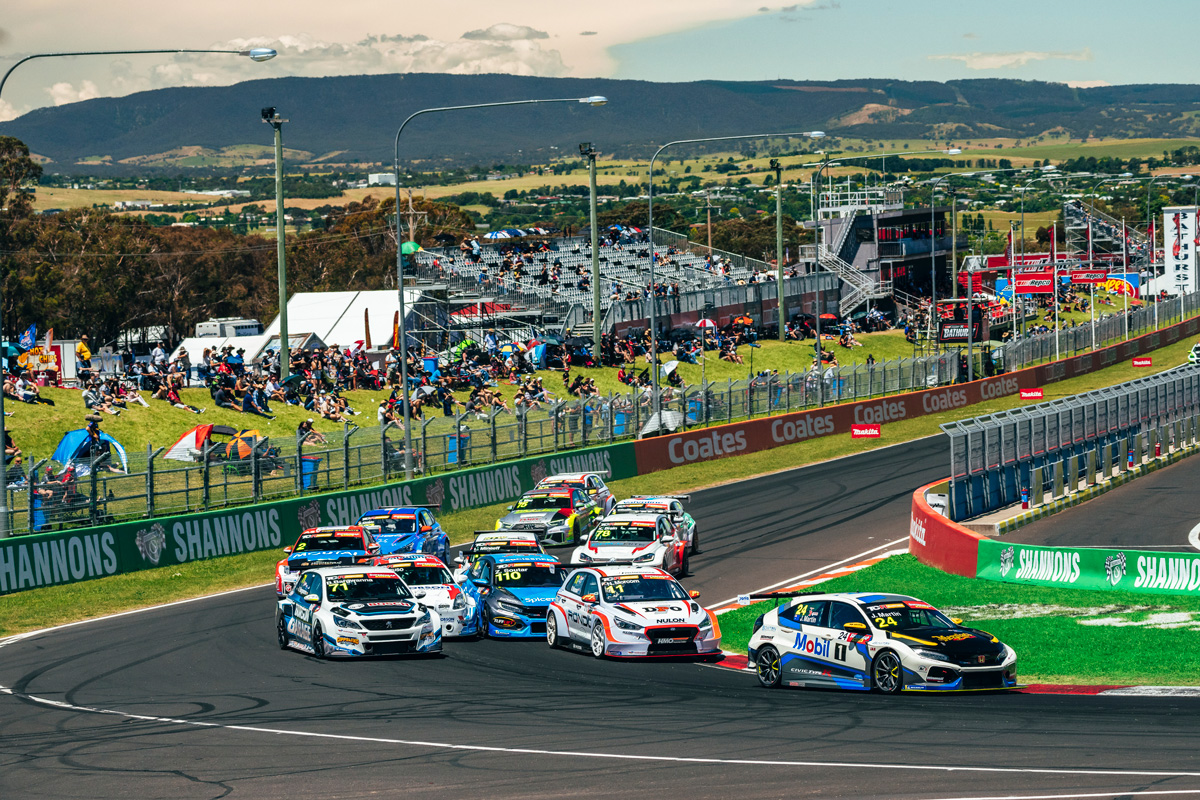 Seven rounds will make up the 2022 Supercheap Auto TCR Australia Series, running from February to November.

The third full edition of TCR Australia will open in Tasmania at Symmons Plains, before heading to Phillip Island and then Mount Panorama as part of the Bathurst 6 Hour event on the Easter long weekend.

Round 4 is currently listed as “TBA, NSW” with no date attached; Speedcafe.com understands Sydney Motorsport Park is the favourite to fill that void.

Visits to Queensland Raceway and Sandown will precede a return to Mount Panorama for the finale across November 11-13 for what will be the long-awaited inaugural Supercheap Auto Bathurst International.

“It is a pleasure to release the calendar for TCR in what we are anticipating to be a real breakout year for it,” said Australian Racing Group CEO Braid.

“The stop/start nature of the past two seasons has been frustrating, but the support and enthusiasm from our great competitors has not waned.

“If anything, we are going to head into the year with more entrants than we would have expected in the current environment.

“The mix of circuits that we have confirmed is exciting, as it offers great variety for the drivers and teams, and also gives rare access for fans to see an international motorsport formula compete in the southern hemisphere.

“It’s great to lock away the date for the Supercheap Auto Bathurst International.

“We appreciate the cooperation of the Bathurst Regional Council, as well as the promoters of Challenge Bathurst to facilitate the movement of dates to achieve the November 11-13 date.

“There is just one element of the calendar that needs to be formalised, but we are pleased to lay down what are the foundations of the 2022 season and we can’t wait to see the teams get back to what they love most.”

With TCR Australia’s 2022 calendar unveiled eight days after the Supercars Championship released its new schedule, it appears the two categories will not share an event next year as they did at the recent Bathurst 1000.

Chaz Mostert won the 2021 TCR Australia title, with Will Brown having taken the first-up honours in 2019.