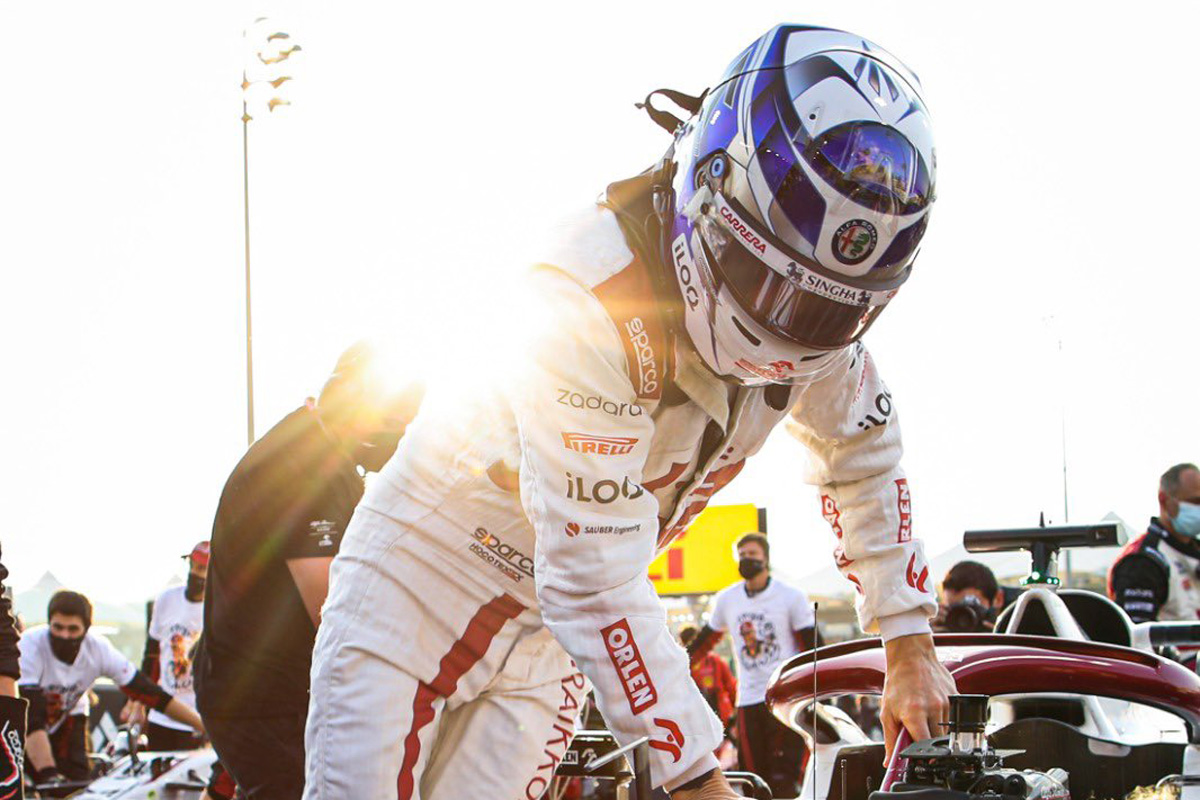 Kimi Raikkonen has thanked the Formula 1 fraternity for its support as he prepares to move on to a new chapter of his life.

The most experienced driver in F1 history didn’t get a fairytale finish at the Abu Dhabi Grand Prix, a braking issue forcing his Alfa Romeo C41 to retire before the midway point of the race, limping back to the pits after the failure had pitched him into the Turn 6 barriers.

The 2007 world champion got a warm reception from fans as he hopped out of an F1 car for the last time.

“It’s been nice to see so many people showing their appreciation today, even if the race didn’t go as we hoped,” said Raikkonen, 42.

“We had an issue after the pit stop, a technical problem that meant we finished earlier today.

“That’s racing, sometimes things fail, but today’s result doesn’t influence how I feel about my career.

“I’m happy to move on to a normal life, I am looking forward to it.

“Of course, I will miss a lot of the great people I met over the years; 20 years have gone quickly, I made lots of memories, some good, some bad, and these are going to stay with me forever.”

While Raikknonen is retiring, Giovinazzi is off to Formula E next year.

“It’s a pity to end the season like this, the first DNF after a full season of finishing,” said the Italian.

“We were having a good race, fighting a world champion like [Sebastian] Vettel, but at least I could enjoy watching the final laps of this race.

“It’s been a great battle between Max [Verstappen] and Lewis [Hamilton], both would have deserved the title.

“It’s been an emotional day overall, seeing Kimi retire and seeing all the things the team did for us today.

“He’s a great person, very fair and all of F1 will miss him. As for me, I hope this is just a ‘see you soon’: my full focus is now on Formula E, but I hope to be back next year.

“I’m happy with my journey, the way I progressed over the years, I gave everything I could.”

Raikkonen finished the season 16th overall with 10 points to his name, two positions and seven points ahead of Giovinazzi.

Next year, Alfa Romeo will field an all-new driver line-up of Valtteri Bottas and Guanyu Zhou.

“As we head into the off-season, we’ll need to take the positives from the year past and use them to build on them for 2022,” said team principal Frederic Vasseur.

“We need to acknowledge that the step forward we made in performance this year was good, but unfortunately the results didn’t back it up.

“We have let some big chances get by, we have made some mistakes and we didn’t really get everything we deserved.

“There is a lot of work to do in the winter but we are prepared for it and we can’t wait to see the results of all our efforts when we line up on the grid next year.”