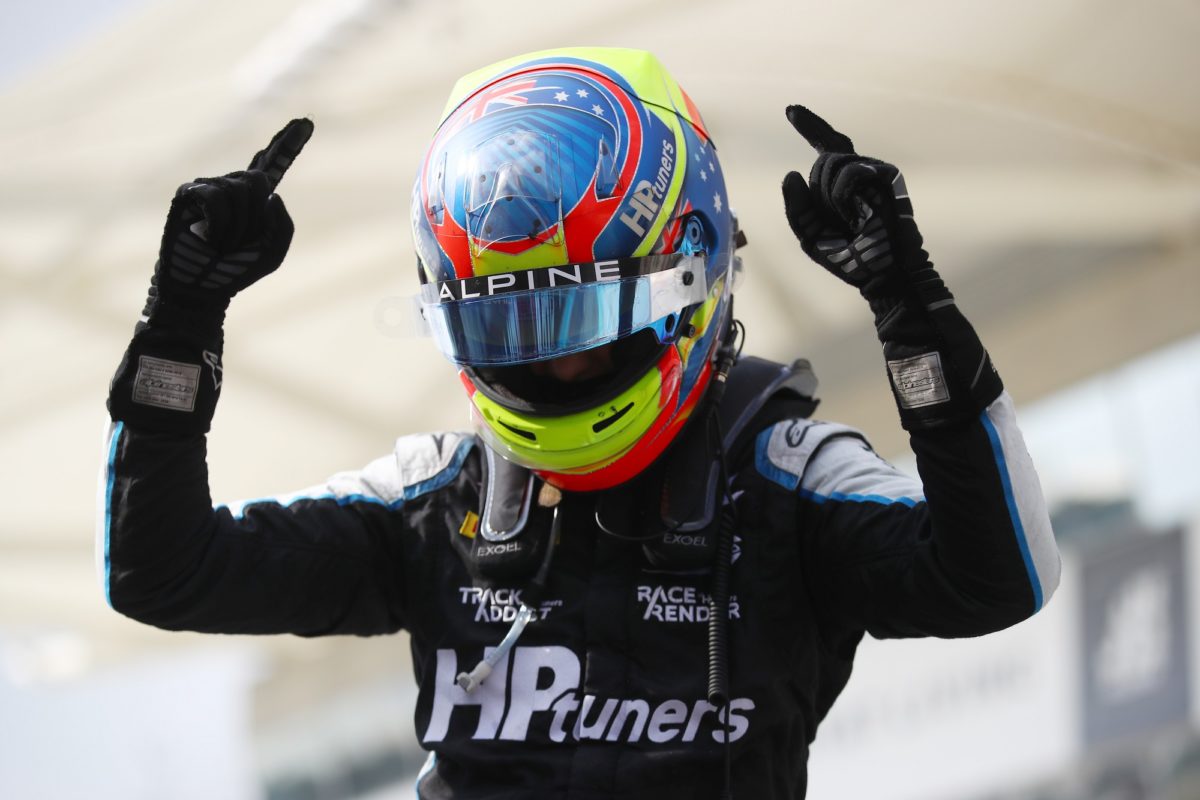 Oscar Piastri has rounded out his Formula 2 Championship winning campaign with one final victory in Abu Dhabi.

The Australian claimed the Feature race on Sunday afternoon, his sixth win of a year that shot him into stardom.

“The final race of F2 for the year is done and we managed to win the race, which his fantastic,” Piastri said.

“Thank you to everyone for your support and for all of your messages after winning the championship.

“I have still got thousands unopened. It was very good to end the season on a high, I’ll hopefully see you at some point on a grid in the future.”

Piastri started the race from pole, alongside countryman Jack Doohan, the pair holding sway in the opening exchanges.

Doohan’s race was cut short while battling with Guanyu Zhou, the teenager losing control after leaving the track at Turn 9 on the opening lap and crashing out.

It drew the Safety Car, before the race resumed once more on Lap 5, Piastri heading the pack from Zhou, Robert Shwartzman, and Ralph Boschung.

The pit stop sequence began on Lap 9, Shwartzman stopping from third to rejoin 18th, with Piastri and Zhou in the lane next time around.

On an alternate strategy, Theo Pourchaire took over as the new race leader from Felipe Drugovich.

Piastri emerged as the first driver to have stopped, Zhou still in an effective second and Shwartzman third.

The middle part of the race fell into a lull as those who had pit circulated and those yet to stop waited for the window to open in order to reach the flag on the soft compound tyres.

Solid pace from Pourchaire for a time looked to threaten Piastri, though he was unable to maintain that speed until his pit stop with five laps remaining.

Piastri reassumed the lead of the race, though both Pourchaire and Drugovich proved rapid on their fresh rubber.

They would run out of time however, with both Piastri and Zhou out of reach, with Drugovich taking the final podium place.

He will next year act as F1 reserve driver for Alpine, replacing Daniil Kvyat.