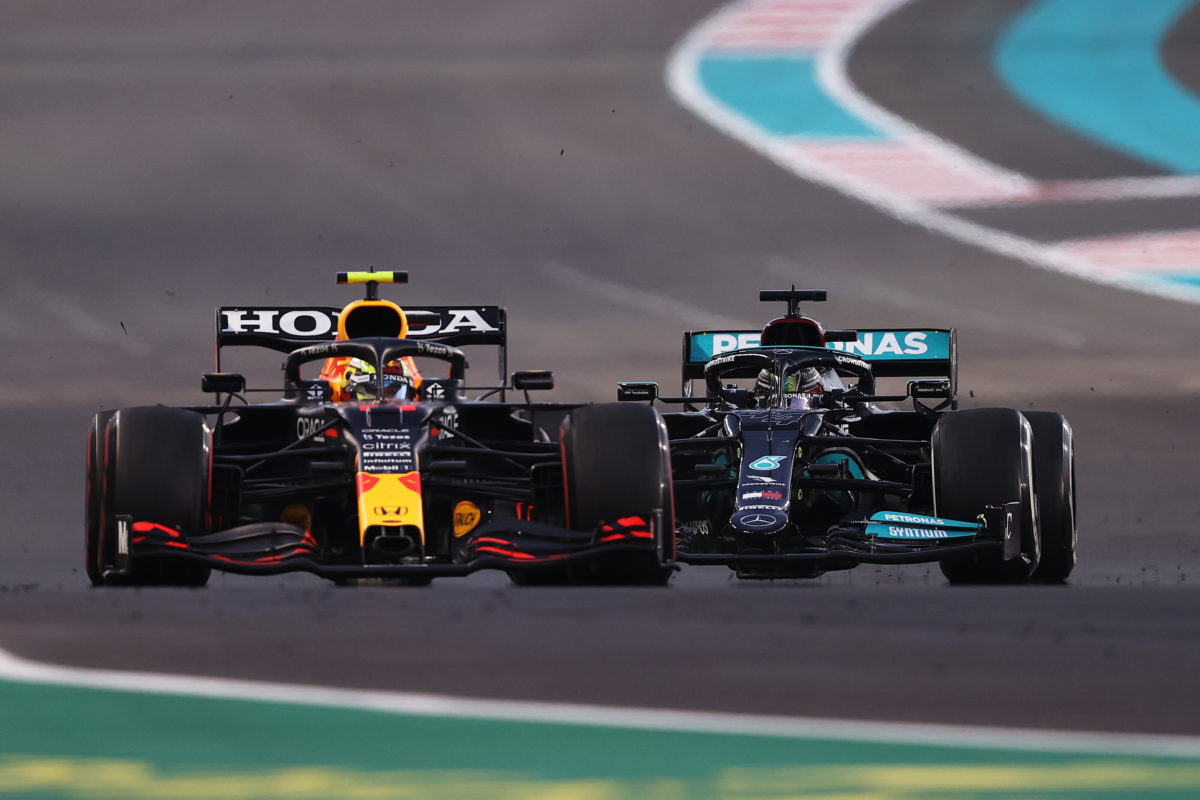 Sergio Perez has recounted his battle with Lewis Hamilton during the Formula 1 Abu Dhabi Grand Prix.

Perez played a key spoiler role for Red Bull during the race, remaining on track after Hamilton and Max Verstappen had pitted in an effort to delay the former.

It came at a time when the Mercedes driver was threatening to clear off at the front of the race, the Mexican able to hinder his progress such that it kept his team-mate in the competition.

“I knew that it was critical at that point because Hamilton had the race under control,” Perez told Sky Sports.

“He would have just the window on the Virtual [Safety Car] and on the Safety Car, so it will have made his race a lot easier.

“At the same time, I was on very old tyres, so I felt like there was not going to be a lot I can do to try and hold him back.

“But we managed to make him lose a couple of seconds and I think that really changed the race, and Max was able to at least challenge him with the strategy and it worked out at the end.”

In the lap and a half in which Hamilton found himself behind Perez, the Brit lost in the region of seven seconds; Lap 20 some five seconds adrift of his earlier pace, and Lap 21 two seconds off.

While it didn’t allow Verstappen to attack the Mercedes driver, it kept the Dutchman within touching distance, affording the strategic option to stop for a second time on Lap 36.

“I think without Checo [Perez] I wouldn’t be sitting here right now because then they would have had a pit gap with the Safety Car and stuff,” Verstappen observed.

Ultimately, Perez’s race ended in retirement in the closing stages, while running in a comfortable third place.

Given the events which subsequently transpired, he feels he could have even gone one better.

“We were on the podium,” Perez said.

“I think we could have [had] second today and in the constructors’ [championship] we will have come really close.

“Lewis was already with old tyre, so we could have got him.

“Unfortunately, things didn’t evolve in the end, but I think it’s been a good improvement throughout the season.

“We were strong towards the end of the year, and I look forward to start next season with the right foot.”

Perez ended the campaign fourth in the points, with one win (Azerbaijan) to his name.

Red Bull meanwhile finished 30 points down in the constructors’ title, Mercedes claiming its eighth in a row.