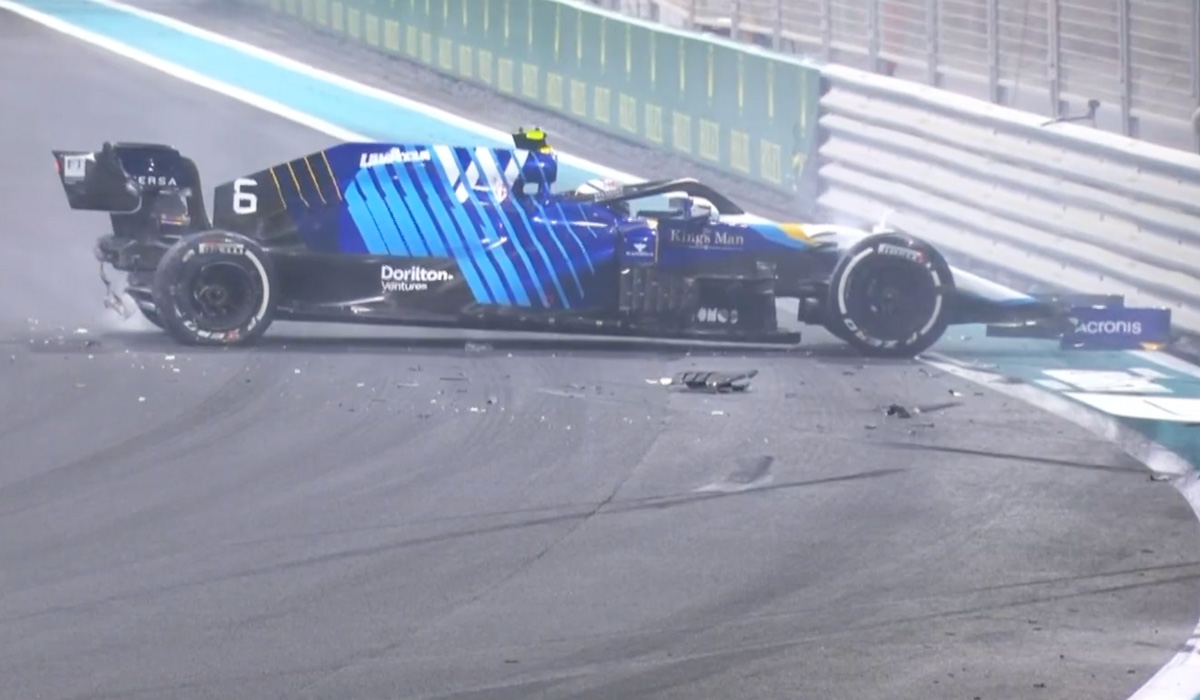 Dirty tyres owing to a battle with Mick Schumacher were to blame for the Nicholas Latifi crash which would ultimately change the face of the Formula 1 title battle, according to the Williams driver.

The Safety Car was called on Lap 53 of 58 of the Abu Dhabi Grand Prix after Latifi’s Williams had come unstuck at Turn 14.

The Canadian had been battling with the Haas of Schumacher for 15th place at that time, with a vigorous scrap leading to pick-up on Latifi’s tyres and a subsequent mistake.

The incident would turn the championship race on its head, Lewis Hamilton having led by 12 seconds with five laps remaining; only to see that advantage erased with Max Verstappen behind now on fresh soft compound tyres which he’d use to make a decisive last-lap move.

For his part, Latifi was disappointed.

“It was a tough race out there today and we were struggling for pace throughout,” he said.

“Towards the end of the grand prix, I was racing with Mick Schumacher and was forced slightly wide, but fairly, at Turn 9.

“My tyres got dirty from running off track and I subsequently made a small mistake and unfortunately crashed.

“This obviously wasn’t how I wanted to end our season, so it’s disappointing.”

The 2021 season was nevertheless something of a breakout campaign for Latifi, who scored points on two occasions and outqualified Mercedes-bound team-mate George Russell at Abu Dhabi.

Russell also was a non-finisher at Yas Marina, due to a gearbox issue. Even still, Williams clung on to eighth in the constructors’ championship as rivals Alfa Romeo similarly suffered a double DNF.

“It wasn’t the way that we wanted to secure our championship position; however, we can still be proud of the work we did earlier in the year which got us into a strong position,” said Williams head of vehicle performance Dave Robson.

“Our attention now turns to the test next week followed by a well-earned rest over Christmas before we regroup to tackle the new season.”

Latifi will return for a third season at Williams in 2022, with former Red Bull driver Alex Albon joining the squad in Russell’s place.