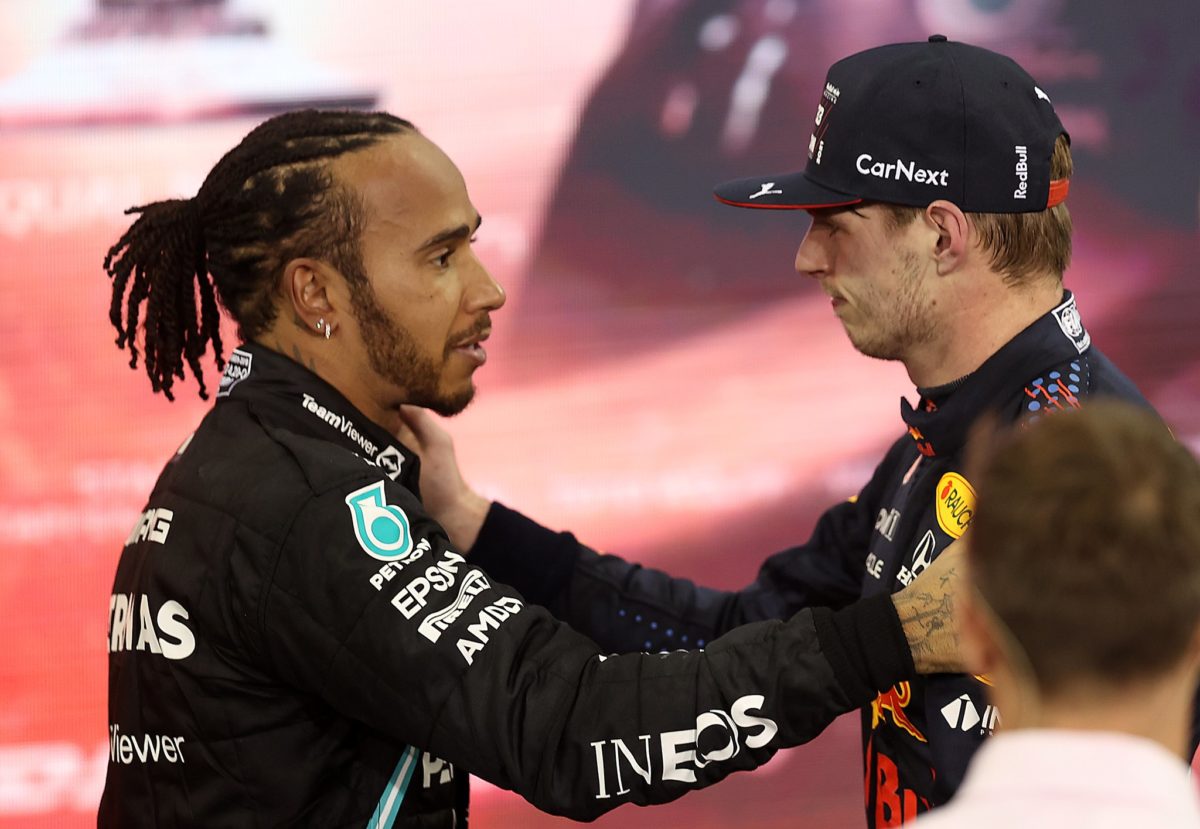 A disappointed Lewis Hamilton was gracious in defeat after losing out on the 2021 world drivers’ championship to Max Verstappen.

Hamilton finished second to Verstappen in the Formula 1 Abu Dhabi Grand Prix after a controversial finale to the 58-lap encounter.

A late Safety Car initially saw race control announce that lapped runners would not be cleared.

However, it was then confirmed that the five cars between the two world championship protagonists – Hamilton first and Verstappen second – would be waved by.

It set up a dramatic one-lap dash to the flag, with the fresh-booted Red Bull usurping Hamilton with little more than half a lap remaining in the 2021 season.

“A big congratulations to Max and his team,” Hamilton said, after a brief exchange with his rival after climbing from his car in parc ferme.

“I think we did an amazing job this year.

“My team, everyone back to the factory, all the men and women we have, and here, worked so hard this whole year.

“It’s been the most difficult of seasons and I’m so proud of them, so grateful to be a part of the journey with them.

“We gave it everything this last part of the season, we gave it absolutely everything, and we never gave up.

“That’s the most important thing.”

Hamilton ultimately crossed the line 2.256s down on Verstappen, having led the majority of the race.

He claimed the lead off the start, then held onto it in similarly controversial circumstances at Turn 6 on the opening lap.

Race control opted not to interject, much to the frustration of the Red Bull pit wall.

From there, Hamilton controlled the race, measuring his performance and enjoying an apparent pace advantage throughout.

That was until Nicholas Latifi crashed with five laps remaining, an incident which ultimately transformed the face of the 2021 world title in the final lap of the season.