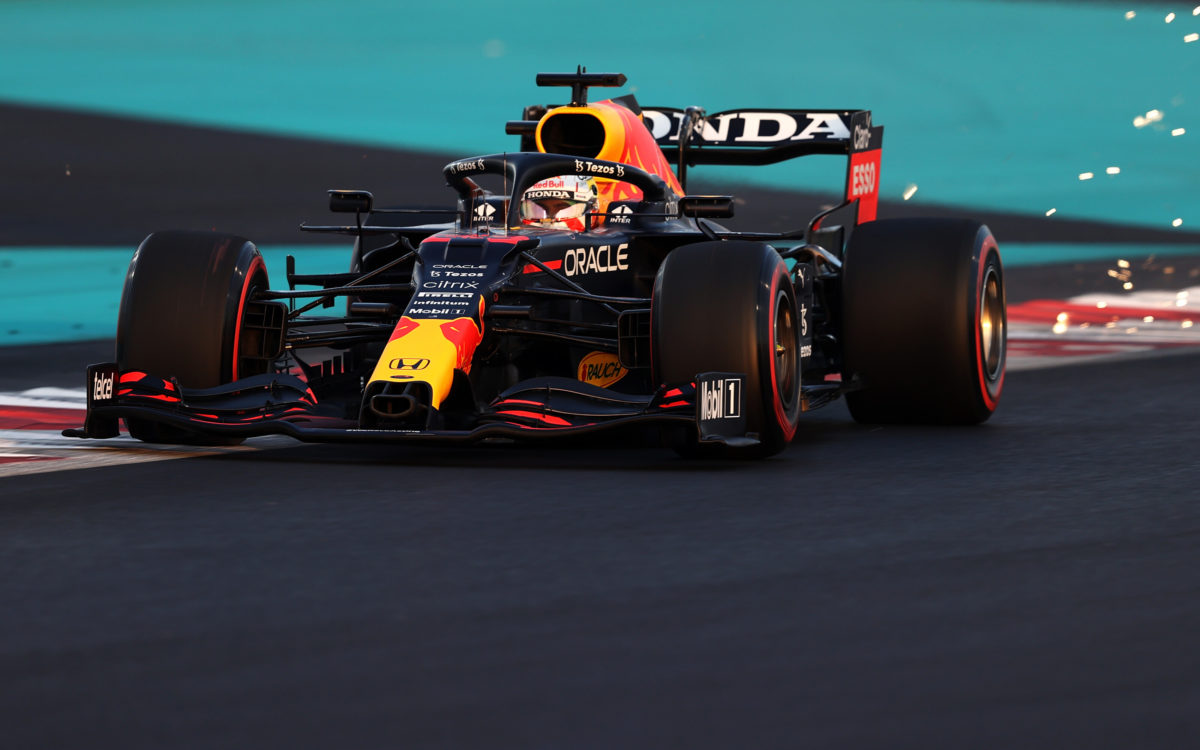 A late call on car setup from Red Bull paid dividends for Max Verstappen after he claimed pole position for the Formula 1 Abu Dhabi Grand Prix.

The Dutchman recorded a strong time with his first flying lap in Qualifying 3, banking a 1:22.109s which would leave him almost four tenths clear of Hamilton at the end of the session.

Verstappen’s rear wing had been changed prior to Free Practice 3, opting for a lower downforce variant in an effort to counter Mercedes’ strong top speed from Friday.

It netted returns but wasn’t without drama, with Red Bull having to swap his wing during FP3 when a reliability fault was found on the one fitted to his RB16B.

There was further work that went on between sessions on both Verstappen and Sergio Perez wings, the latter switching to the low drag variant only after FP3.

“So far the weekend has been a bit on and off in terms of balance,” the Dutchman explained.

“But I think for qualifying, we made the right decisions, and as soon as I went into qualifying I had a bit of a better feeling.

“Nevertheless, Q1 [was] still not perfect, still needed to fine tune a few things, but from Q2 onwards it was a bit better.”

Verstappen’s Qualifying 3 was aided by a tow from team-mate Perez, though suggested a second flying lap, aborted late on, was just as fast.

“That first one was very nice,” he said of the slipstream he picked up off his team-mate.

“Then on my on my second run, I had a very good exit out of [Turn] 7, so I actually didn’t even lose time on that straight just on my own.”

It was a strategy Red Bull had planned to throw into action ahead of the session, with Perez offering a tow initially before Verstappen returned the favour a lap later.

“It was discussed before quali,” the Dutchman confirmed.

“It was very nice, nicely executed as well.

“Whatever the gap was, I might have gained a tenth towards Turn 9 – it’s not a massively long straight but nevertheless Checo [Perez] was a great team-mate and a real pleasure to work with, so a big thank you to him.”

Verstappen’s progress into the final phase of qualifying was comparatively straight forward, barring a lock up in Qualifying 2.

The Red Bull driver pinched his right-front tyre at Turn 1, flat spotting the set on which he was due to start the race.

The team reacted by bolting on a set of soft tyres, with Verstappen improving on his earlier effort to lock himself into the red-walled rubber for the start of the race.

“I wanted to try and start on the medium, but I flat spotted that one,” he admitted.

“I felt good yesterday on the long run also on the soft, so it was not really a difficult decision to make to then just say, ‘okay, let’s just focus on the soft’.”

With Hamilton set to start on medium compound rubber, Verstappen best chance of victory is to extend an advantage before his stop – one of potentially two.

Critical to the success of that approach, however, will be the field spread behind, and whether a gap opens up into which the pole-sitter can drop.

Should he emerge in traffic, it offers Hamilton the opportunity to perform an overcut and gain the strategic upperhand.

The Abu Dhabi Grand Prix gets underway at 00:00 AEDT tonight.