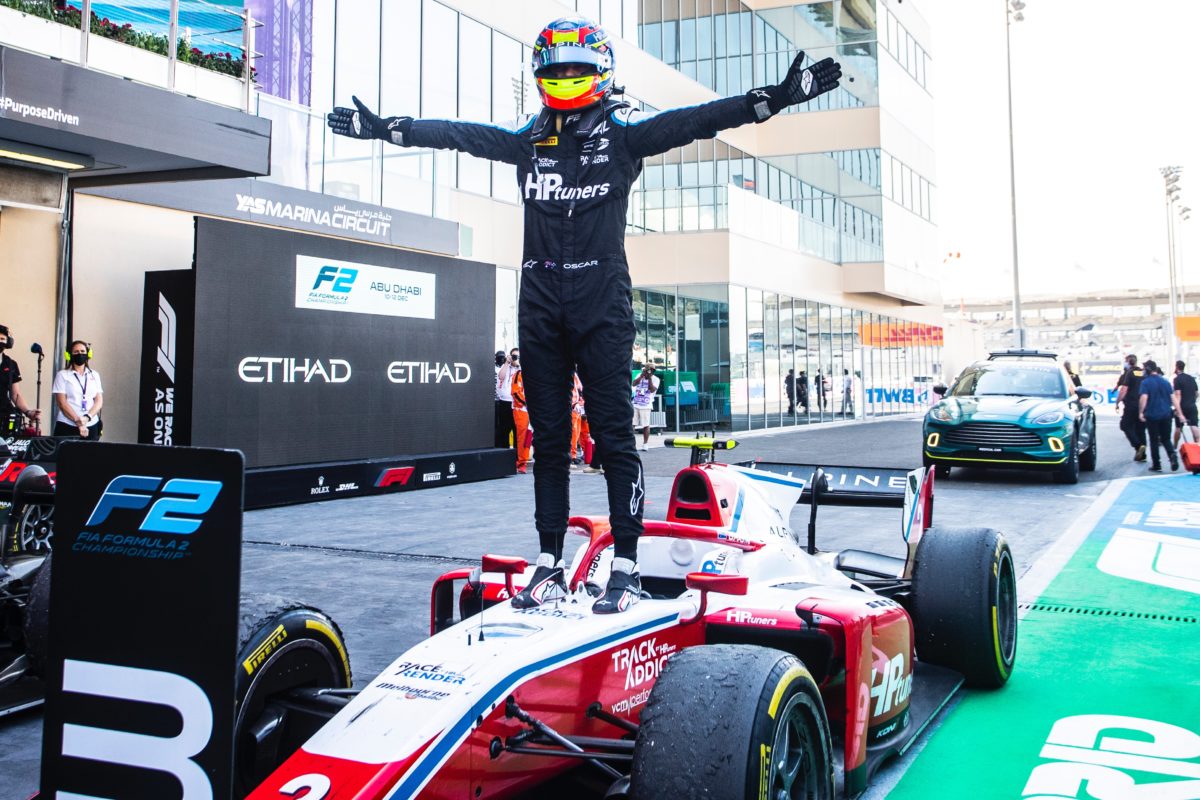 Piastri sealed the title after the first F2 sprint race on Saturday in Abu Dhabi, in doing so becoming just the third driver to claim the crown in his debut season.

It was his third championship success in a row, having won Formula Renault Eurocup in 2019, and the FIA Formula 3 Championship last year.

Both of those titles also came in his rookie season in the competition.

“He didn’t just win, he dominated,” Ricciardo said when asked about his countryman’s success by Speedcafe.com.

“I don’t think anyone really expected him; fighting for a title’s one thing but winning comfortably was huge.”

Piastri has shot into the headlines in recent weeks after being confirmed by Alpine as the team’s reserve driver next season.

It will see him support Fernando Alonso and Esteban Ocon as F1 enters a new era of car design.

He’ll also work through an extensive testing programme alongside his support of the race drivers.

However, his performances have left many observers to question why a seat couldn’t be found for a driver whose junior career, on paper, is the measure of Lewis Hamilton, Charles Leclerc, and George Russell.

“I think people knew obviously he was talented,” Ricciardo noted, the Aussie having been part of the broader Renault family with Piastri since the latter joined the Academy programme last year.

“I knew he was talented, but I don’t think anyone expected him to dominate the championship like he did.

“And tomorrow I’m excited; there’s an Aussie front row lockout with him and Jack [Doohan],” he added of the Formula 2 Feature race, which will see Piastri on pole – his record-equaling fifth of the season.