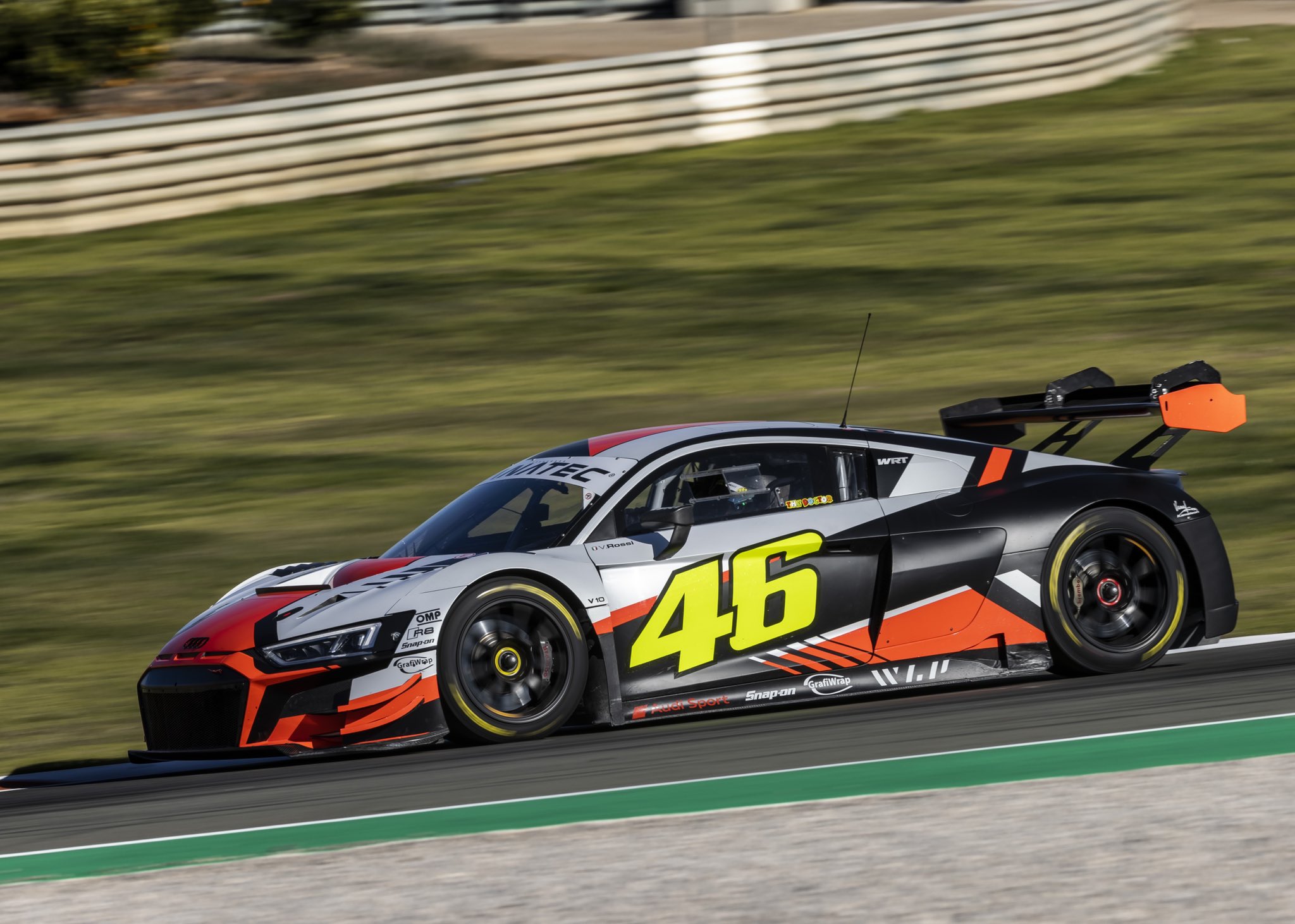 A future with one of sports car racing’s most well-known teams might be on the cards for Valentino Rossi after he tested an Audi R8 LMS GT3 evo II this week.

The nine-time MotoGP champion drove the V10-powered car in a private test at Circuit Ricardo Tormo, Valencia, marking the first time since his retirement from the premier class that he’s driven a race car.

The Italian isn’t all that unfamiliar with the world of sports cars having previously made cameo appearances in top-flight GT3 races.

The test marked a departure for Rossi, who in the past has typically stuck with Ferrari.

In a post to social media, Team WRT said the test was part of an evaluation with a view to future opportunities.

“This week Team WRT has been testing with Audi Sport,” the team wrote.

“Taking the track today was [Valentino Rossi] with a view to evaluate future cooperation possibilities between the 9-time motorbike World Champion and WRT.”

Based out of Belgium, Team WRT has long had an association with Audi.

What, if anything, might come of the test remains unclear. However, Rossi will have at least one competitive outing in a GT3 car later this year.

Rossi is set to contest the Gulf 12 Hours at the Yas Marina Circuit in a Ferrari 488 GT3 on January 8.

He’ll partner up with half brother Luca Marini and Alessio Salucci racing under the Monster VR46 banner with Kessel Racing.