Stoner: I was blocked from becoming Rossi’s team-mate

Stoner: I was blocked from becoming Rossi’s team-mate 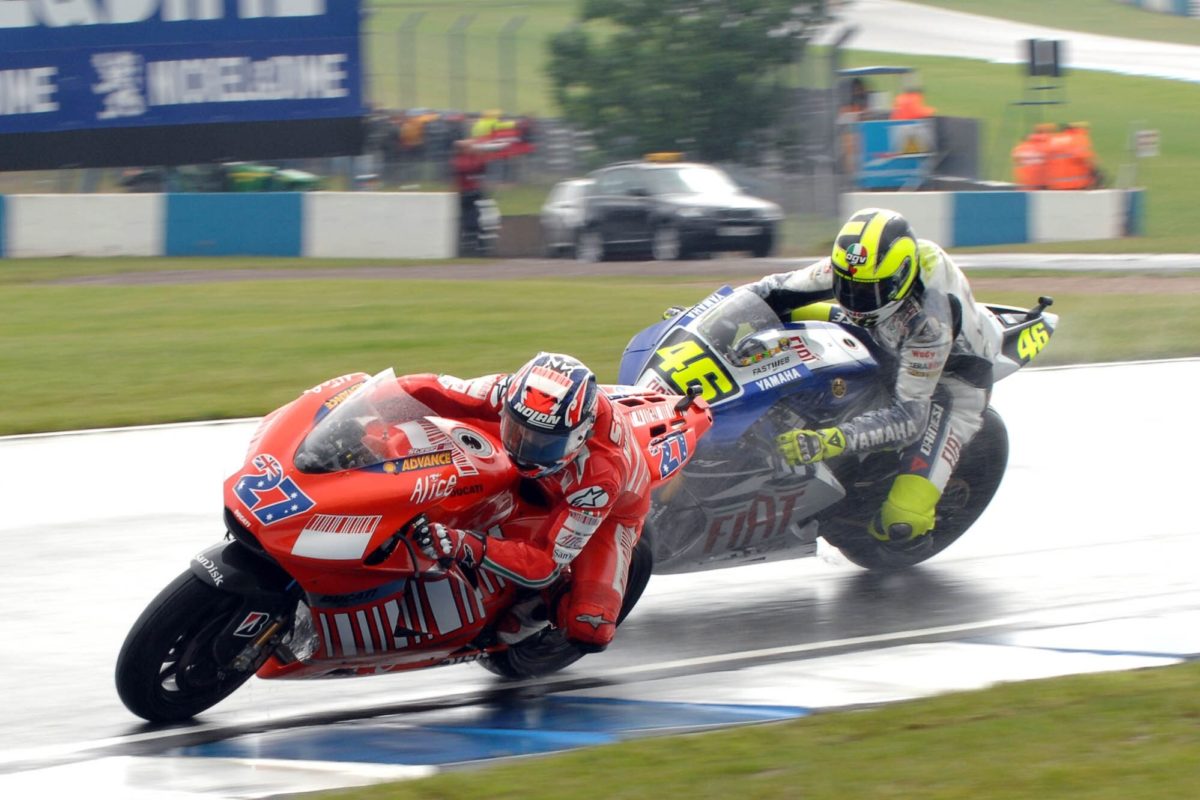 Casey Stoner claims he was blocked when he tried to become Valentino Rossi’s team-mate at Yamaha.

Stoner, to this day, is the only rider to have won the MotoGP World Championship on a Ducati, with his second crown being achieved with Honda.

Rossi won his first three premier class titles with Honda, before collecting another four with Yamaha, including two during Stoner’s relatively brief time in MotoGP.

They never shared a garage, but that might have been different had the Australian got his way.

Speaking in a DAZN documentary commissioned to mark Rossi’s retirement called RiVale, Stoner says he wanted to join the Italian at Yamaha.

In fact, the Gold Coast-born rider attempted to get into the Iwata marque’s ranks on two occasions, but was apparently blocked each time.

“I tried to become Valentino’s team-mate, on two occasions,” he revealed in RiVale.

“But someone at Yamaha stopped it… I think you know who that might have been.”

Who that ‘someone’ was, Stoner does not disclose.

Instead, he added, “I would have really liked to have the same bike as a rider like Rossi, to be able to learn from him.”

RiVale features interviews with several of Rossi’s major rivals over his 22 years in the premier class, which began back in the 500cc era.

Among them are someone who was one of his team-mates at Yamaha, in two separate stints, namely Jorge Lorenzo.

So bitter was the feud between Lorenzo and Rossi that a wall was erected to separate their halves of the garage during their first spell together.

The Spaniard said in the documentary, “I have a lot of respect for Valentino but he’s not like a God for me.

“Because, if you think he’s like a God, then he’ll be impossible to beat.

Rossi announced his retirement upon the resumption of the 2021 MotoGP season from its summer break, at which time he was particularly touched by the kind messages from adversaries such as Stoner and Lorenzo.

‘The Doctor’ says he looks back fondly at all of those rivalries, but reserved special praise for Stoner as “one of the fastest and wildest” riders in history.

He is set to continue competing in motorsport, testing an Audi GT3 with Team WRT at Valencia this week in an undertaking which the squad stated was done “with a view to evaluate future cooperation possibilities.”

Rossi will also be represented on the MotoGP grid by his own VR46 Racing Team, which will field Ducatis for Luca Marini and Marco Bezzecchi in 2022.