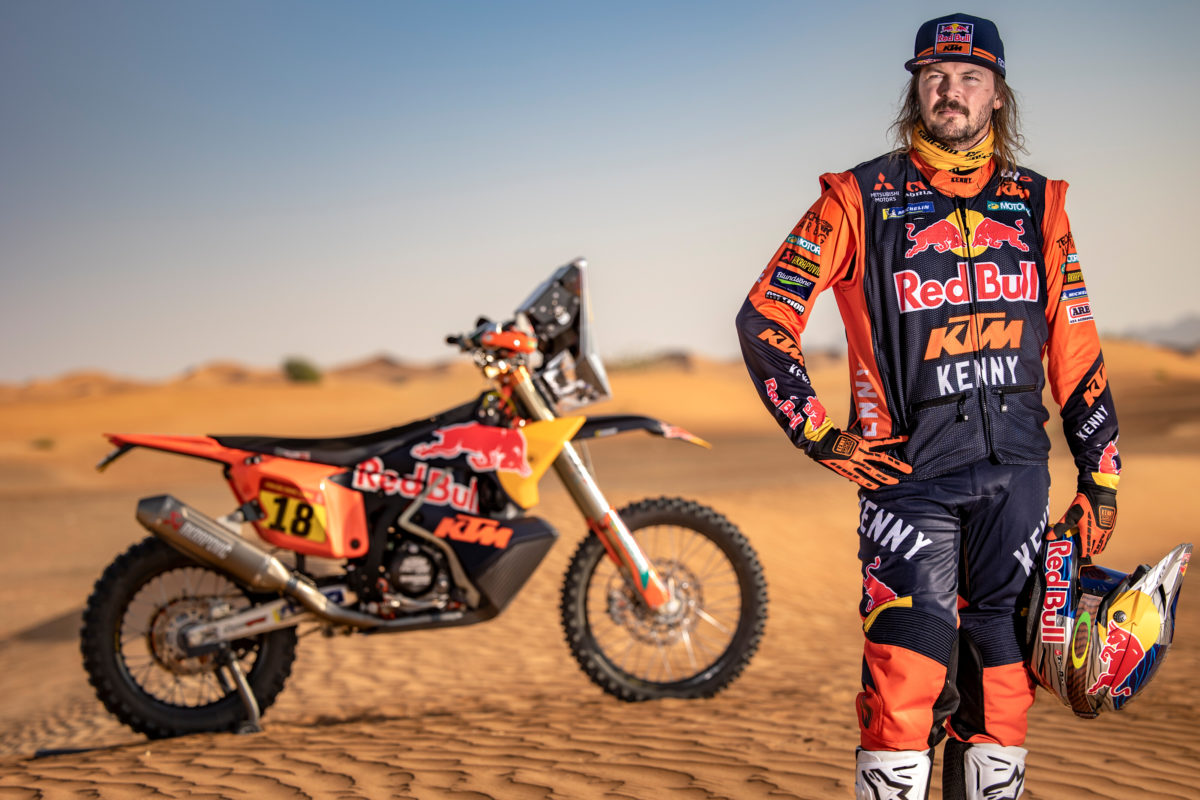 Toby Price says he is in good physical condition as the 2022 Dakar Rally looms.

The Red Bull KTM rider failed to finish this year’s Dakar after a crash on Stage 9 left him with a broken collarbone which required surgery.

He rode an offroad bike again for the first time in June, on his way to a Tatts Finke Desert Race where he would take victory in a trophy truck, and finally returned to two-wheel competition in October’s Rallye du Maroc.

Price famously won the 2019 Dakar with a fractured wrist and, despite only just coming back from yet another major injury, says he is in good shape for the crown jewel of offroad racing this time around.

“In a physical sense, everything is really good for me at the moment,” he told Speedcafe.com.

“The body is all intact and no injuries, which is quite unusual for me to be lining up for an event and a race.

“I’m happy to have no injuries coming into an event, I’m feeling fresh and ready to go.

“We have still got one month and we have just got to make sure we don’t make any major mistakes in this last month and make sure we get onto that line and give it our full heart and soul to try to get a third Dakar win back in our hands.”

While he has contested just the one event since the 2021 Dakar, Price has been in training with KTM, getting familiarised with the 2022-spec 450 Rally bike.

“Everything is going pretty well,” said the 34-year-old.

“The new bike has definitely been a big task and a big challenge to get on top of.

“In these tough times with COVID, a lot of companies have shut down and stopped producing and making things, so it has made it a little bit of a task and a challenge for us, but KTM are on top of it and working extremely hard and trying to make it all work for us.

“Normally, we’re finalised by August/September. We are a little bit behind but the new bike feels really good at the moment, so I think we have a good bike to take to the race and take to the fight to try to win that Dakar title back.”

Price counts fellow Dakar champions Matthias Walkner and Kevin Benavides, the latter of whom has defected from Honda after his 2021 triumph, as team-mates at Red Bull KTM Factory Racing.

The prologue, officially ‘Stage 1A’, takes place on New Year’s Day and runs from Jeddah to Ha’il.