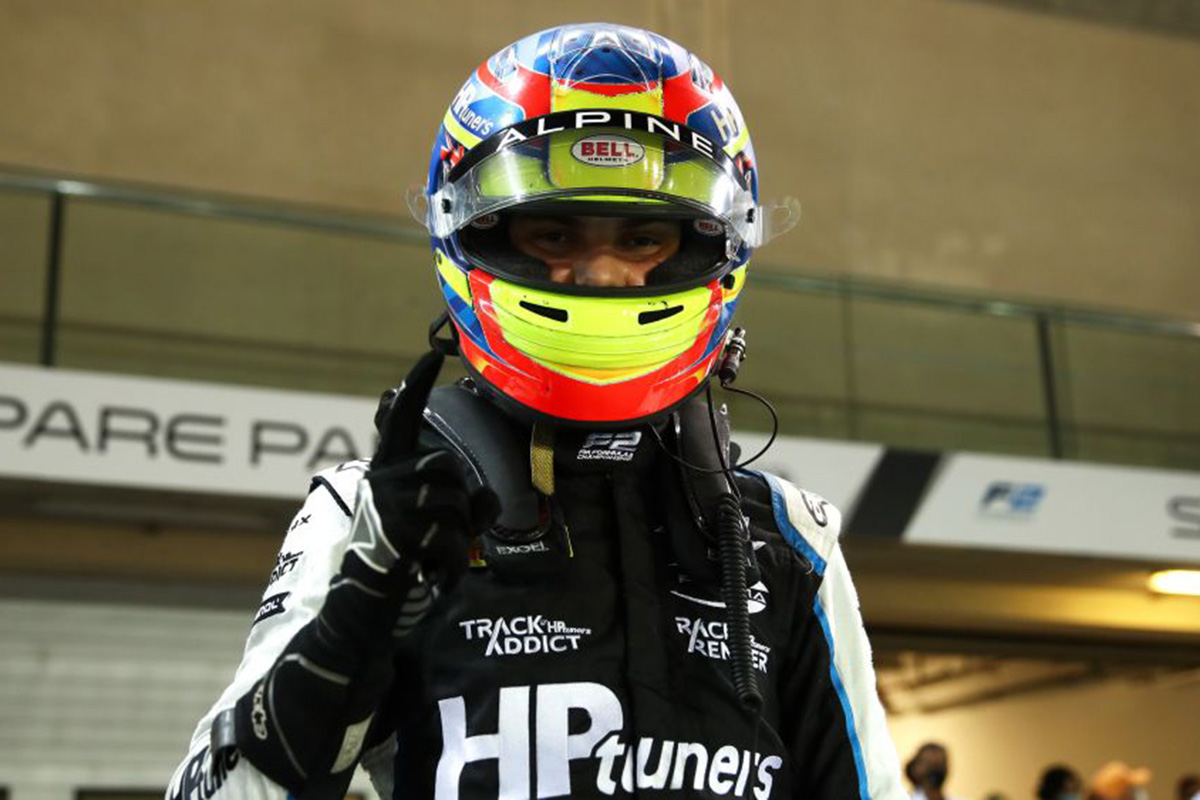 Oscar Piastri has moved another step closer to claiming the Formula 2 Championship after taking his fifth pole of the season in Abu Dhabi.

He’ll be sensationally joined on the front row for Sunday’s Feature race by countryman Jack Doohan, who is in just his second weekend of F2 competition.

“It was a good lap for sure,” Piastri said.

“I think all day we’ve been been quite comfortable.

“We were quickest in practice and I think we’re, we’re quickest throughout the whole of quali as well.

The championship leader logged a 1:35.077s on his final lap in the session to leave him 0.213s clear of Doohan.

“Happy to be P2 – a little bit disappointed because the time was coming on the second push,” the Aussie said.

“We had a little bit of an issue in the pit lane, so I only got one push, but hey, who knows what could have been?”

However, the Russian faces an uphill challenge if he is to upset Piastri’s party as he trails the Prema driver by 43.5 points with a maximum of 61 remaining.

Formula 2 is next on track for the first of two sprint races, a reverse top 10 affair that will leave Piastri and Doohan 10th and ninth respectively, gets underway at 19:10 AEDT.