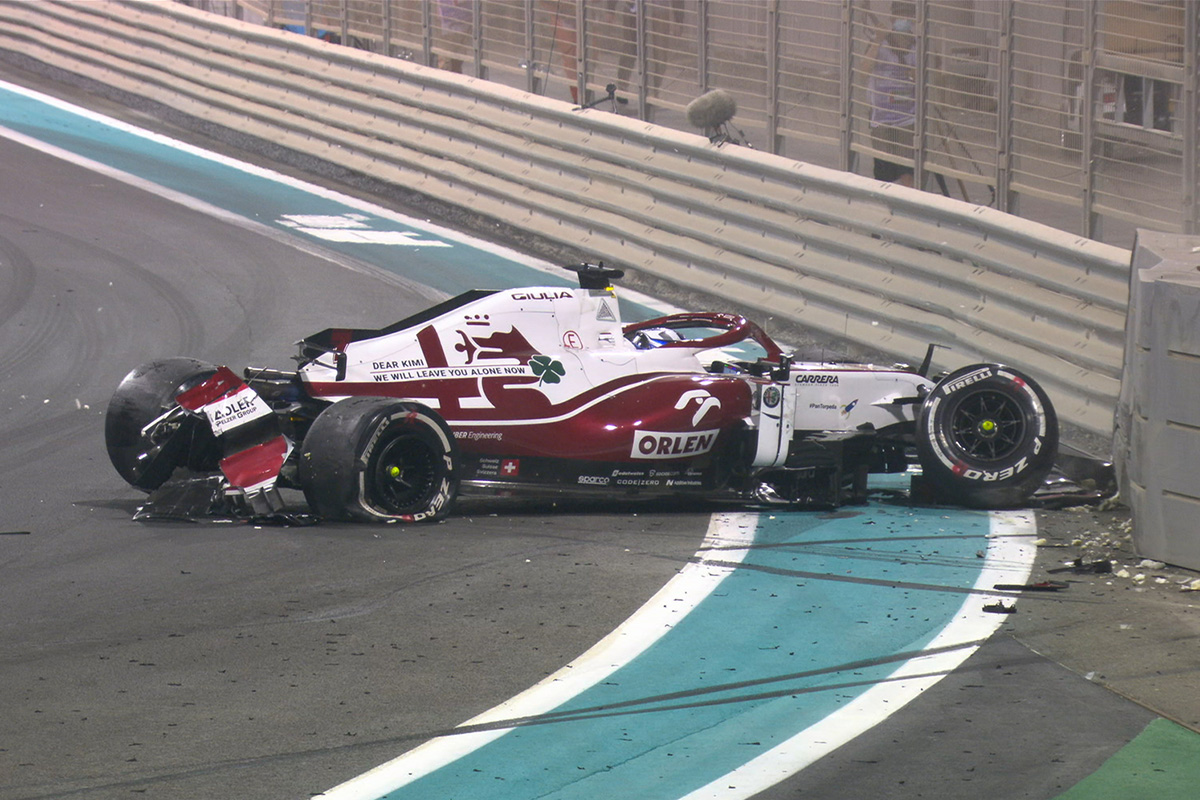 In a cagey session that saw Mercedes and Red Bull playing their cards close to their chest, Hamilton ended proceedings 0.641s fastest than Verstappen, who was only fourth fastest.

It was a session that ended early after Kimi Raikkonen crashed in the final minutes, losing the back end in the final sector and clouting the tecpro barrier.

With opening practice taking place in the afternoon sun, Free Practice 2 offered teams more representative conditions for both qualifying and the race, which both get underway at 17:00 local time – the same time as FP2 began.

Daniel Ricciardo was the only of the 20 drivers to head out as the session began.

Verstappen’s best from the opening session, a 1:25.009s had proved significantly faster than the Dutchman’s pole position time last year of 1:35.246s.

Times were quickly flirting with the FP1 marker, Hamilton banking a 1:25.127s to set the early pace.

Norris had been second at the time, improving on his next flying lap to 1:25.072s, only to have that effort deleted for track limits at the final corner.

There were no such issues for Hamilton, who set a 1:24.943s seconds before Verstappen completed a flying lap just 0.046s slower.

Like Norris’ earlier time, the lap was promptly deleted – much as Hamilton’s had been in opening practice when the Brit ran wide at the final corner after setting a near identical time to his title rival.

It suggested there was little between the pair, though neither had showed their full hand on an out-and-out qualifying simulation.

Nicholas Latifi drew double waved yellow flags after losing the rear end of the Williams at Turn 13, tagging the barrier with the rear of the car.

He was able to extricate the car and return to the pits under its own power with 15 minutes run, the session continuing without any further interruption.

The Red Bull driver was soon bumped down the order as Valtteri Bottas slotted in second with a 1:24.272s and Ricciardo third 0.833s off the session best.

A tidy lap from Fernando Alonso saw the Spaniard shoot to second fastest briefly, only to have his 1:24.225s deleted for track limits.

Bottas improved on his earlier effort to go fastest with a 1:24.083s on a set of soft compound tyres.

It came as the qualifying simulation runs began, Hamilton and Verstappen also on track on the red-walled runner.

Verstappen was half a lap further back, the Red Bull stopping the clock at 1:24.332s, improving in every sector over his previous best but dropping time to Hamilton and Bottas in the final sector.

However, there were games being played by the leading protagonists as Esteban Ocon went fastest with a 1:24.034s lap.

That was further demonstrated when Hamilton improved to a 1:23.691s to reclaim top spot, a time achieved on an older set of the soft compound tyres.

Teams were split in their choice of tyre compound, with medium and soft rubber the order of the day.

On race pace, the suggestion was Verstappen held the advantage, though his long run was completed on the soft compound rubber.

Mercedes meanwhile fitted the mediums to both its cars, with its longer run speed slightly down on what Red Bull was delivering.

However, fuel loads, engine modes, and tyre choice all complicated the precise picture.

The session ended under red flags after Kimi Raikkonen crashed heavily at Turn 13 with damage to both ends of the Alfa Romeo Sauber.

Replays showed the Finn lost the rear of the car, sliding into the tecpro barrier before dragging the front end in the pluck a wheel off.

With the session no restarted, Hamilton therefore ended proceedings fastest over Ocon, with Bottas third and Verstappen fourth.