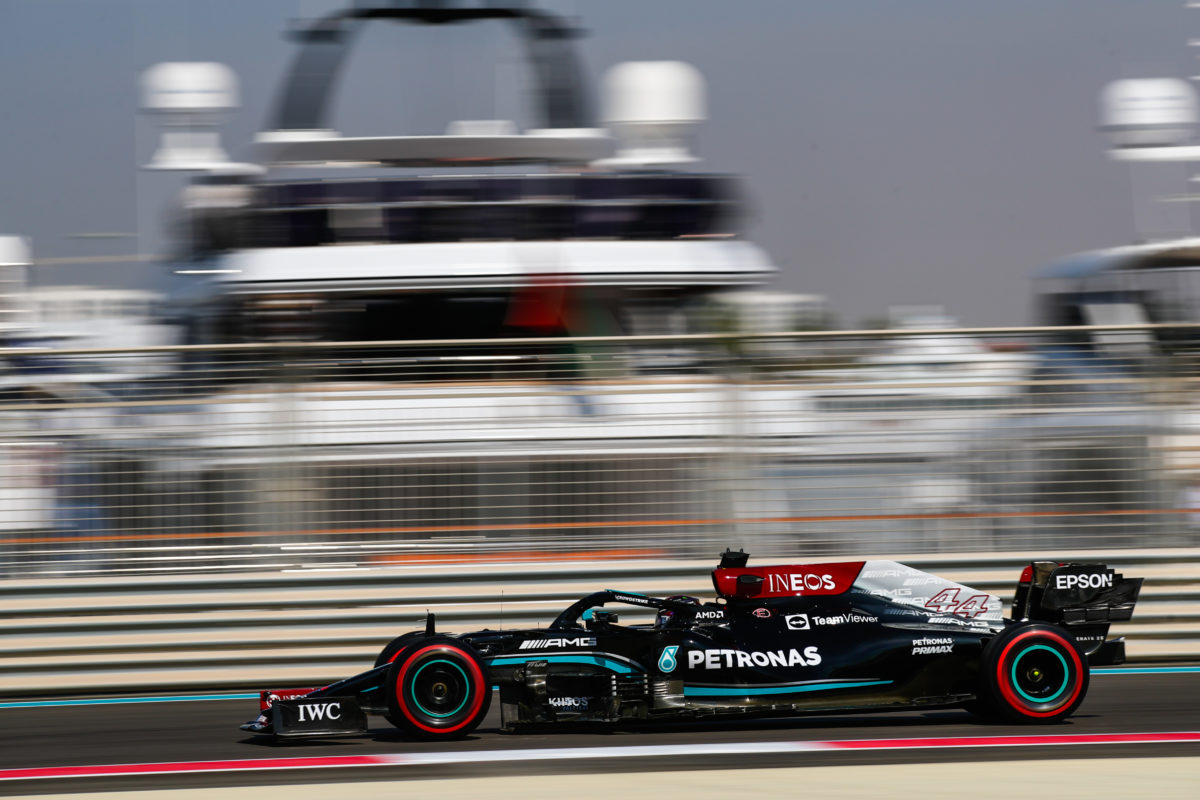 Tyre management for both Mercedes and Red Bull proved the story of Free Practice 3, a session topped by Lewis Hamilton.

The Brit held a commanding gap for much of the 60-minute hit out before Max Verstappen logged a qualifying simulation lap late in proceedings.

However, neither title contender looked comfortable on their tyres, with both making a number of mistakes as they struggled for grip.

Red Bull had differing approaches for its two drivers, with Verstappen sporting the low-downforce rear wing and Perez the standard element.

The Dutchman headed out on a set of medium tyres in the early stages of the session to record a 1:24.997s.

Hamilton emerged on a set of soft tyres after 10 minutes, his Mercedes team-mate on the same compound recording a 1:25.290s.

Times though were hardly representative given the session was held in the afternoon sun – from this point of the weekend, all running takes place at dusk or later, in cooler conditions.

Sebastian Vettel found himself twice running wide at the final turn to have consecutive laps deleted, the right-hander having proved a hotspot on Friday.

It was 18 minutes before all 20 cars had been on track, George Russell the last to trundle down pit lane.

Hamilton lowered the running to 1:24.055s, still on a set of soft compound rubber not long after.

Sergio Perez had risen to third best, 0.777s away from the lead Mercedes but just 0.004s off Verstappen’s pace.

Bottas climbed from fourth to first with a 1:24.025s, though the Finn left time on the table with errors at Turn 13 and Turn 16.

Verstappen’s session was interrupted midway through as the team worked on the rear wing on his RB16B with an apparent issue with the DRS actuator.

The team switched the wing to another version of the same spec, keeping him in the garage for a time before returning to the track.

By the time he did, his early best had been bundled down to fifth, Carlos Sainz dropping in the third fastest time, a 1:24.595s lap, on a set of medium tyres.

Verstappen had a set of soft tyres fitted, embarking on a flying lap with just under 16 minutes to go only to abort the effort after missing a handful of apexes and locking up into Turn 6.

Yuki Tsunoda was showing well, popping up to third with a 1:24.443s for the AlphaTauri driver – half a second clear of team-mate Pierre Gasly.

Another push lap for Hamilton with 11 minutes remaining saw the Mercedes driver lock up and run off the road at Turn 12, forcing him to abandon the lap and take to the pit lane.

After completing a second slow lap following his aborted effort earlier, Verstappen recorded a 1:23.448s to climb to second.

Much of that time was dropped in the opening third of the lap, the Red Bull fastest of anyone in the final sector.

It looked far from serene for either Hamilton or Verstappen despite their pace, tyre temperature proving critically important.

The session ended with Hamilton clear of Verstappen by 0.214s with Bottas third over Perez, Lando Norris, Tsunoda, Gasly, Sainz, Daniel Ricciardo, and Charles Leclerc in the top 10.

Drivers will next be on track for qualifying, which gets underway and midnight AEDT.